Never short on enthusiasm, Doug DeMuro dives in headfirst with a list of salivating stats on Porsche’s fastest force-fed track toy, as well as a bold byline: “This thing is faster and more powerful than the road version of a Le Mans race car from twenty years ago!”

That divisive wing, the fender louvers, and even a water-spraying system for the intercoolers (which DeMuro confuses as the coolant reservoir) convince the most skeptical observer that this is a bonafide track toy, and not something merely masquerading as one. It’s also quite proud of its status as Porsche’s current flagship, and takes every opportunity to relay its name.

As a svelte track scalpel, it’s been lightened. Weight saving measures include decals in lieu of heavier badges, the rear and rear-side windows in lightweight glass, fabric cloth loops in place of conventional handles, as well as a locking buckle in place of the typical hydraulic struts supporting the engine cover. However, these measures are just as much for a sense of occasion and bragging rights as they are for trimming heft; some features aren’t as light as they might seem to be. Some might not be fond of the garish exterior, but nobody can deny its theater and presence.

As a tech-heavy machine, there are endless facets for the detail-oriented driver to fuss over when not scaring themselves with the outrageous thrust. A G-force meter, as well as horsepower and torque graphs are available to the driver in real time via the dash screen, so all the well-heeled geeks can obsess over minutiae while hustling down a straightaway or burbling down the boulevard. It seems like the perfect car for DeMuro, though he might opt for a subtler shade of green. 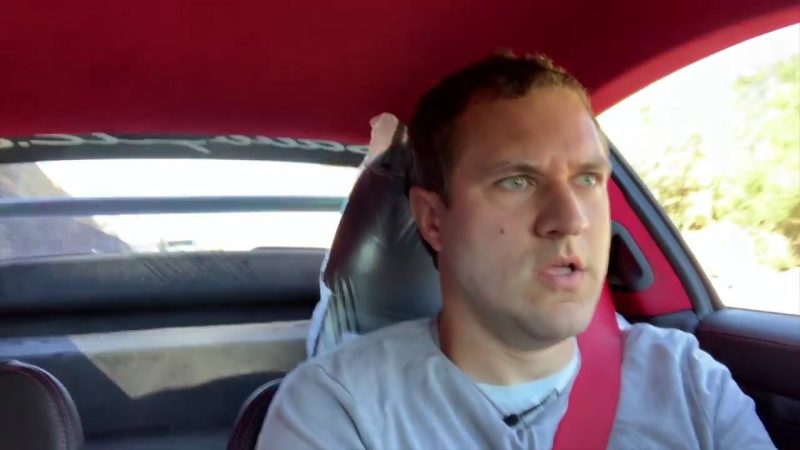 “That feels like the 918,” a bewildered DeMuro utters. His face says it all.

There are cars more comfortable, but as far as hardcore track weapons go, the GT2 RS is one of the more livable. Cup holders, a smooth-shifting PDK, a relatively quiet exhaust note make it usable around town. When coupled with hypercar acceleration, informative steering, as well as a controllable chassis, there’s a lot to like. It’d be a stretch calling it a plush pussycat, but the relative civility of the car make it a unique machine.