2018 was a record-setting year for Porsche, culminating in a gargantuan 256,255 global deliveries. This final sales figure capped a year of month-on-month improvements over the preceding year. December saw a 3.2% improvement over the preceding year in North America. In November, sales were up 2.1% over the previous year. These sales increases were mirrored in most global markets, with the exception of Europe and Germany in particular.

The Panamera saw the strongest year across Porsche models, with a 38% sales increase over the preceding year. Despite the pending introduction of a new generation of 911, 911 sales also increased by 10% to 35,573 vehicles.

By volume, Porsche sport utility vehicles drove the brand. The Macan led the marque in sales with 86,031 total deliveries, followed by the Cayenne with 71,458 deliveries.

Once again, China and other Asian markets led the world in sales. Growth in the Chinese market hit 12%, with a total of 80,108 vehicles. The United States was the brand's second biggest sales market, with deliveries increasing 3% for a total of 57,202 vehicles. Deliveries in Europe dropped slightly, with a 3% decrease in the market as a whole and a 4% decrease in Germany. Per Detlev von Platen, Member of the Executive Board responsible for Sales and Marketing at Porsche AG:

“The switch to the new WLTP test cycle and gasoline particle filters in Europe mean that we faced significant challenges in the fourth quarter of 2018, and these will continue to be felt in the first half of 2019. On top of that, we stopped offering models with diesel engines in February 2018." 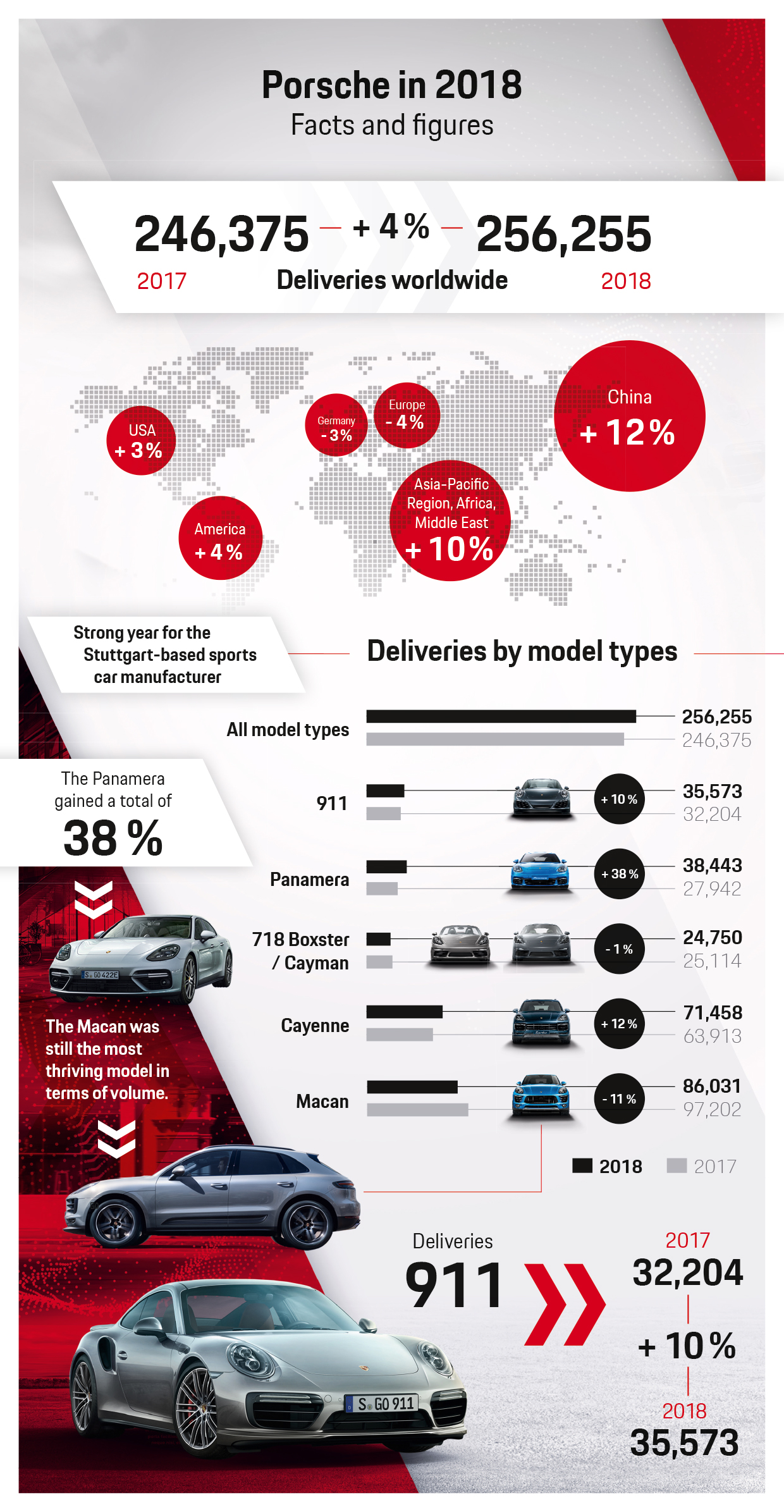