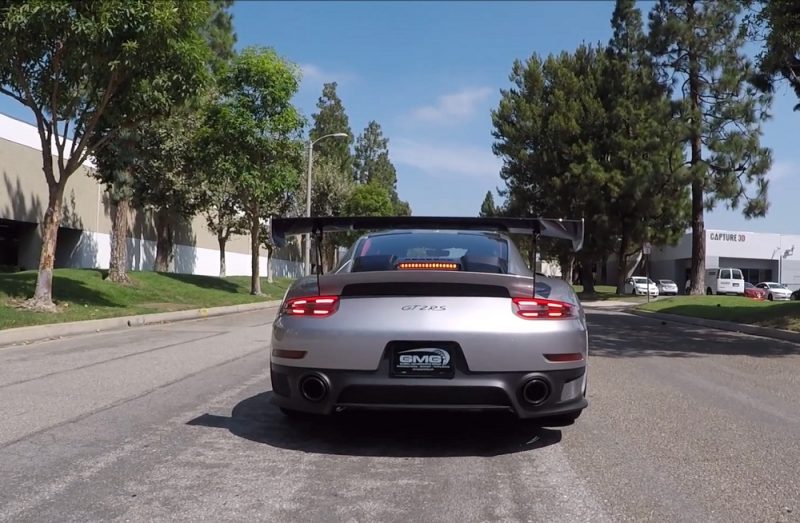 Turbocharged Porsches eschew ultimate sound for an incredible increase in performance, as is the case with the new power-leading 911, the GT2 RS. In comparison to its GT3 RS sibling, the GT2 RS is downright quiet and reserved. That factory exhaust note has more in common with your average performance luxury sedan than it does Porsche’s rip-roaring race cars. With 700 horsepower on tap, though, it’s likely to leave even a 911 RSR for dead in a straight line. Sure, some owners would likely prefer to leave their GT2 RS in stock form, but some speed junkies really want to be able to hear that flat-six engine roar at them. In either case, this car is fast enough to melt your face, it just depends if you want it to sound like it can.

For the most part, if you can afford the serious dollars it takes to buy one of these cars (and presumably the as-yet-unpriced exhausts), you live in a relatively affluent neighborhood. It would seem that most of your neighbors might disagree with your need for a loud Porsche, which might be all the more reason to do it. Every neighborhood needs a little lively passive aggressive battle. If Suzanne next door doesn’t appreciate the baritone blat of your Porsche’s cold-start, that seems like her problem. Go for it, you probably won’t regret it.

GMG has not yet released any performance gains, but the new exhaust has been tested on the dyno, so expect a full report by the time this system goes to launch. They also promise an upcoming ECU tune to compliment the louder pipes. In case 700 horsepower isn’t enough for you, they’ll unlock a few extra ponies for your GT2 RS. Sounds like a win to us.