In yesterday’s post on China as an Important Market for Porsche we looked at the projected growth of the overall market for Porsche. Well, over the weekend, Porsche officially released the new Cayenne Turbo S model for the first time. According to Porsche the development of this improved and much more powerful SUV was a direct response to the “wishes of its customers.”

I know that a lot of you like to put down the Cayenne, but say what you want, with the introduction of the Cayenne GTS and now the Turbo S (1.4 seconds faster from 0 to 60 than the GTS), Porsche continues to grow their market share in the very competive SUV market and do so at an incredible rate. 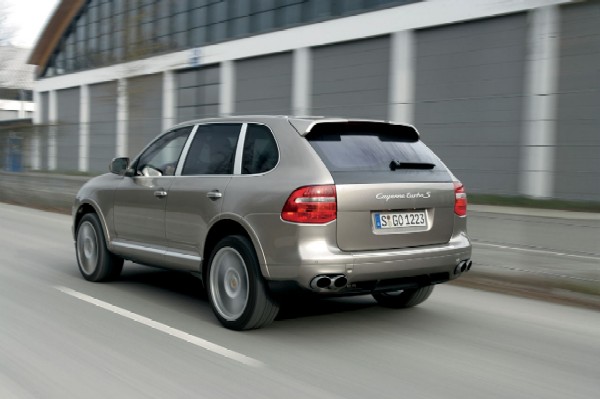 Read the full Press Release below

Stuttgart/Beijing. Dr. Ing. h.c. F. Porsche AG, Stuttgart, has extended its third model line by the addition of the top of the range Cayenne Turbo S. The Turbo S, the most powerful Cayenne of them all, is driven by a 4.8 liter V8 engine with twin turbo forced induction, delivering 550 hp (404 kW).

The Turbo S is Porsche’s response to the wishes of its customers. There is huge demand, especially in the new emerging markets of Eastern Europe and Asia, for exclusive sports-style SUVs with top quality physical handling dynamics. Despite the fact that Porsche has managed to give the new Turbo S even better drive performance than the regular Turbo model (500 hp / 368 kW), the fuel efficiency figures for the Turbo S are exactly the same as those for the Cayenne Turbo (as per the calculation methods stipulated under the New European Operating Cycle – NEFZ).

From the outside, the Turbo S can be recognized by its 21 inch SportPlus alloy wheels housed within its painted wheel arches and by a sports exhaust system with four tail pipes made from aluminum investment casting. The air intake grills and wheel arches are painted the same color as the car body. The new understated yet elegant “lava gray metallic” paint option is exclusive to the Turbo S.

All models of the Turbo S have a chassis which benefits from air suspension, not to mention suspension leveling and ride-height control, along with Porsche Active Suspension Management (PASM), which – once again as standard – is combined with Porsche Dynamic Chassis Control (PDCC) and Servotronic speed-sensitive variable power steering.

With the introduction of the Porsche Ceramic Composite Brake (PCCB) as an option, Porsche underscores its leading position as a provider of ultra durable brake disks made from carbon fiber ceramic composite. When the 2009 range is introduced, this high tech brake disk – originally developed for the motor sport sector – will become available for the first time in a sector other than the sports car sector, namely in the elite, top quality physical handling SUV sector. The front axle ceramic disks are 410 mm in diameter, whereas the rear axle disks are 370 mm in diameter. Deceleration takes place via six-piston calipers at the front and four-piston calipers at the rear. The PCCB is available as an option on other Cayenne models such as the Cayenne S, GTS and Turbo, subject to wheel sizes of at least 20 inches.

The latest generation of Porsche Communication Multimedia System Management (PCM) inclusive of navigation module with hard drive provides a full range of new, easily accessed functions actuated via a touch-screen. As with all other Cayenne models, the Cayenne Turbo S also comes with the option of voice actuation with full word recognition for navigation system destinations, universal audio interface (with MP3 connection), cell phone link-up via Bluetooth and a TV module for both analog and digital terrestrial signals. Offered as standard, the BOSE® Surround Sound System with 14 speakers features enhanced 410 Watt output and is now capable of reproducing music from audio and video DVDs in 5.1 Discrete Surround Format.

The Turbo S’s enhanced performance relative to that of the regular Turbo model is due to its modified exhaust system and improvements in engine control. In addition to the performance improvements, there has also been an increase in maximum torque by 50 Nm to 750 Nm within an engine speed range of 2,250 rpm to 4,500 rpm.

The Porsche Cayenne Turbo S can accelerate from zero to 100 km/h in 4.8 seconds and its top speed is 280 km/h. The Turbo S will be introduced into the market as from August 2008. The international basis price is EUR 111,400.