A couple years ago we showed you some of the technology behind those great Porsche commercials; highly customized camera cars like the Pursuit Systems Porsche Cayenne Turbo. Well the other day we saw a new Porsche based camera car, built by Chase Car Inc., unlike any we had seen before. That's it below. There are two key factors that make this camera car unique. First, and most obviously, it's built on a completely "murdered out" Panamera Turbo platform. However, it's not just the crane on top of this Panamera that makes it so different. It's the fact that it's a Panamera that can seat five. That's right, five people in a Panamera. No, they didn't remove the sport seats in the back and replace it with a bench. Instead, Chase Car Inc., the creators of this beast, modified the rear hatch area and retrofitted a jump seat. These chase cars need room for five in order to fit the driver, a camera man in the passenger seat, the director behind the driver, the director of photography in the rear passenger seat and the crane operator, that's why you normally see these rigs built on a Porsche Cayenne (or other SUV). However, with the addition of the jump seat Chase Car's Panamera Turbo offers some significant advantageous over the Cayenne. Specifically, it sits two feet lower than the Cayenne providing better performance and handling on roads and tracks and with it's lower clearance it can easily fit under parking structures and on stages with sets. 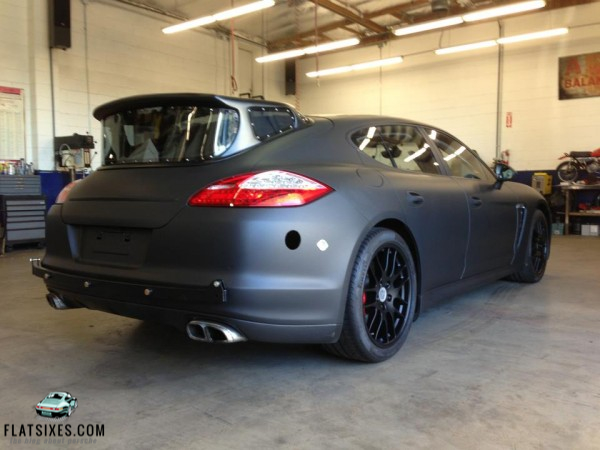 Let's say you and your local club wanted some incredible HD footage of your next track day. Assuming you have access to the production equipment and someone that knows how to use it, Chase Cars Inc. will provide the Panamaera Turbo Camera Car, a driver and a crane operator for $7400 per day. For more info and pictures check out Chase Car Inc.'s facebook page.

Other Porsche Blog Posts You Should Read
Making of a Porsche Panamera Commercial
Video: The Making of the Porsche Rennsport Reunion IV “Family Photo”
Go Behind the Scenes of a Porsche Photo Shoot with PorschePurist