At all times I try to remain objective when it comes to Porsche. After all, this is the same organization that designed all the different variations of my beloved Porsche 911 along with the incredible Carrera GT. However, the Porsche Panamera seems to get uglier and uglier every time a new “spy” shot makes the rounds on the internet. Couple this with the extraordinarily high prices being reported and we have an epic failure in the making. Take a look at below and you be the judge. 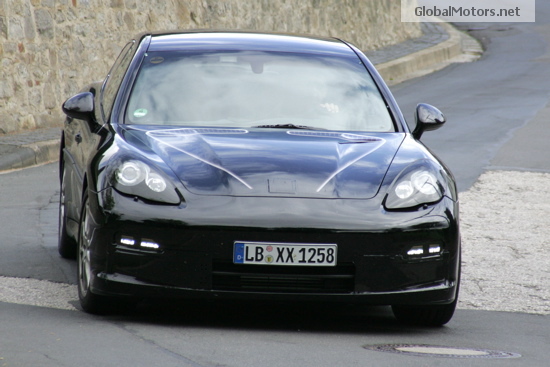 Most cars not yet officially released are usually seen with significant amounts of camouflage. These body covering panels alter the lines enough to keep the new style safe from prying eyes. In the pictures above, there are no tell tale signs of the usual body masking attempts that have been made in the past. In fact these pictures appear to be the car as it will be produced and released in the very near future.

I’m not a big fan of the “on-line rumor mill,” so there is always hope that this is just a huge joke being played on the press and Porsche enthusiast. But, if this is the real thing, I can’t help but think how disappointed Porsche is going to be with their sales numbers.

Am I the only one that thinks this car is an abomination? I can’t be alone in my thinking. Lastly, don’t forget my current poll. I’ve moved it to the side or you can tell me what model Porsche your own on the original post.