Update 10/9/2017: On the most recent episode of “Jay Leno’s Garage”, West Coast Customs paid a visit and went over this build in even more detail. Turns out it started life as a Cayman…

West Coast Customs (WCC) is one of those shops that creates polarizing designs, people tend to love or hate them. Me, I’m borderline. Other than the RWB and Outlaw movements, I’m not into loud and brash when it comes to Porsche. That doesn’t mean I can’t appreciate the quality of work that comes out of the WCC shop. If you’ve seen their TV show, or follow them on social media, you know they’re no strangers to working on Porsches. From celebrities to athletes, West Coast Customs has put their stamp on almost every model in the line-up. Recently, however, we heard about a new build that got our attention.

According to the story we read, Justin Bieber commissioned WCC to re-skin a 987 Boxster with a 356 body. The result, something West Coast Custom’s Head of Design, MUSA, calls a “356 with Driveability of a new car.” That’s it up above. 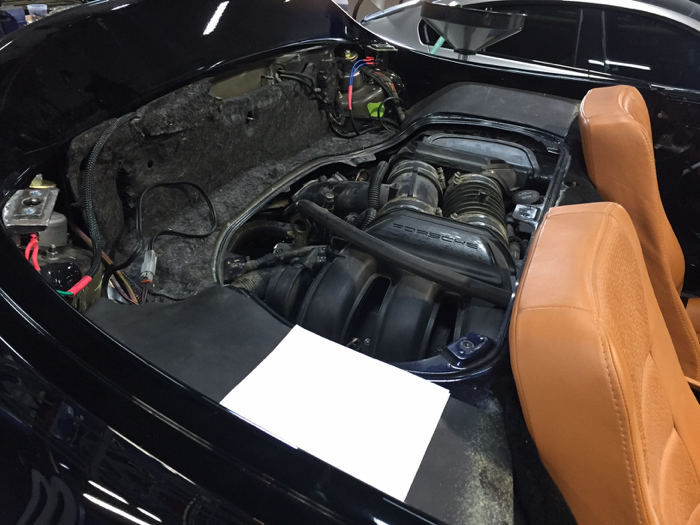 This Boxster come 356 is said to have started life as a base 2010 Boxster with PDK (we’re kind of surprised it’s not a Boxster S with the bigger 3.4 liter engine).

However, thanks to the work of West Coast Customs, and with body parts supplied by Stoddard, the Boxster was transformed into what appears to be a slightly stretched 356 with a removable hardtop.

It’s hard to tell from the Instagram shots, as there’s nothing for scale, but exterior proportions just seem a bit off (early 356s had a wheelbase just over 82 inches. That’s a foot shorter than a 2010 Boxster). I think it still looks good, just not quite right.

As you would expect, the interior was completely redone in what looks to be a combination of Cashmere colored leather and black Alcantara.

No word yet on performance specs. We’ve reached out twice now to West Coast Customs but have had no reply as of yet. Justin Bieber’s no stranger to WCC (they’ve worked on plenty of his other cars), so assuming this turns out to be as advertised, I would expect we’ll see the reveal on one of their upcoming TV shows. We’ll post up more details as we get them. For now, let us know what you think, love it or hate it?