Remember last year’s Luftgekühlt? Not only was it a fantastic show, but to make it a bit more “interactive” Patrick Long and team introduced us to “#luftauto”, a mid-80’s 911 SC converted into a 911 Safari or East African Rally tribute. The idea was to build something that would bring attention to the show and then auction it off, all for charity. 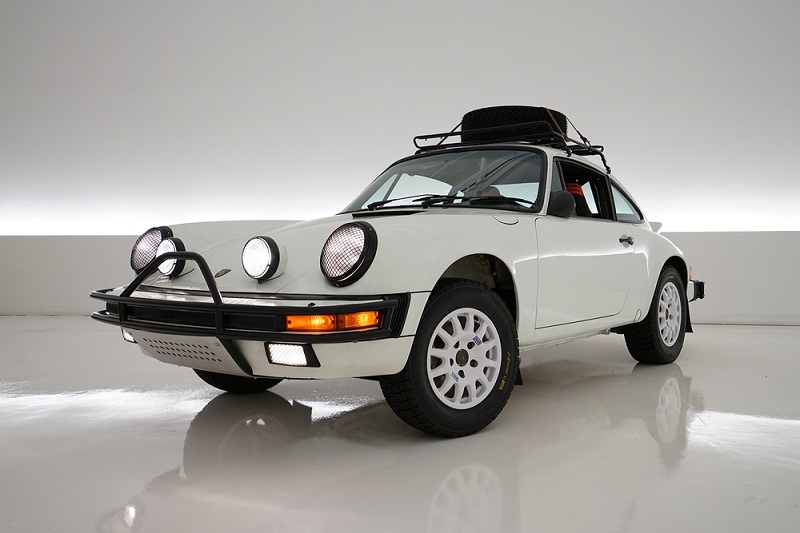 Patrick recently stopped by Jay Leno’s Garage along with #luftauto and it’s new owner, Eli Kogan. Not only did he go through details of the build, perhaps more so than we’ve heard in the past, he also put the 911 up on the lift and then Jay took the car off-roading with Eli. Watch as he puts it through its paces and you’ll be amazed at the abuse these modified 911s can take. Really amazed.