This year marks my sixth year at the Amelia Island Concours d’Elegance for FLATSIXES.com, and it has been quite the experience every year for both me and my family. Usually I try to add photos or some sort of other documentation of all the representatives of my favorite marque (Porsche), but this year I decided to do things a little differently. When I heard that RSK 718-018 would be attending, I couldn’t resist the opportunity to do an exclusive shoot with this very special and quite rare Spyder. Now you may ask yourself what makes this particular RSK so special? Is it its race history, its past owners? In my opinion it is neither of these two things that make this car special, rather it is the journey that this Porsche has weathered to end up sitting here, on the fairway at the Amelia Island Ritz Carlton. This Porsche RSK was delivered to its first owner, Californian Emil Pardee, in 1959. He raced it three seasons or 14 races, after which it was sold to various other drivers. Subsequent owners include Don Wester, a leading competitor in the USRRC Championship in the 1960s, and Chick Iverson, a VW-Porsche dealer in Newport Beach, California, well known for his social and business associations with actor John Wayne. The RSK won, or was competitive, in many sprint events though it was built with dual gas tanks and intended as an endurance car. Its most significant performance was at Pikes Peak in 1960 where it finished second overall. At the end of its racing life, 718-018 became an autocross car. At this point, Dean Jeffries, the famed custom car designer and fabricator, added large fender flares and a VW engine was fitted. These aftermarket add-ons have now been removed to bring the car back to its original form.

With its Carrera four-cam engine tossed into a box, the RSK and all its pieces were acquired by a family in North Carolina and moved into its 44-year home in a public storage facility. To rescue the RSK from storage and to bring the Porsche back to its former glory, Ray Morgan of Vintage Motorcar Restorations (VMR) in Jasper, Georgia took on the project. Three and a half years later here it sits, a stunning resurrection from the boxes of numbers-matching parts and disassembled bits that existed in storage. It should be noted that VMR did the entire restoration in-house rather than sending out pieces to individual specialists. Morgan himself rebuilt the complex Type 547/3 four-cam engine with its roller-bearing crank. This approach resulted in a Porsche that is nearly 100% original. Though trim pieces were lost, what was left, says Morgan, “is a numbers matching original body RSK and I doubt if you’re going to find another one like it. We saved everything and nothing has been replaced. We cleaned it all up, fixed it and everything here, even down to the windshield wiper, works.” 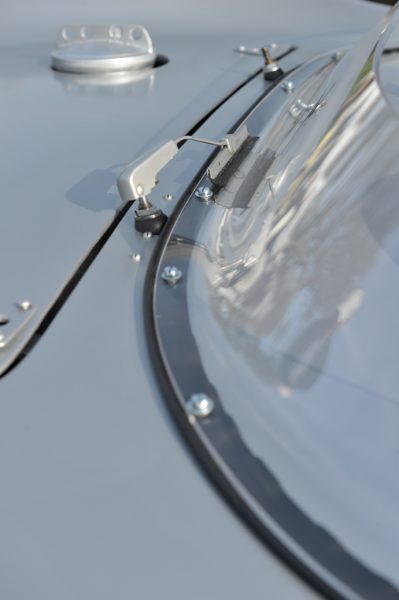 It works for me too, and I think I speak for everyone when I say that I hope we see more Porshes like this in the future at Amelia.

About the Author: For the sixth year in-a-row the assignment of documenting the Porsche class on Amelia Island was handled by T.J. Kessler. T.J. Is finishing his sophomore year at Berry College in Rome, Georgia, majoring in geology and environmental science. His love of photography and his knowledge of Porsche comes naturally. He is the son of Lynn and Tom Kessler, owners of a 1974 911 Carrera, and the grandson of Betty Jo and Leonard Turner who for more than 40 years were the moving forces behind Porsche Panorama Magazine. T.J.’s work was recognized in Photographer’s Forum magazine’s “Best of College and High School Photography” in both 2015 and 2016. His dream Porsche would be a 914.