Porsche’s preparations for their return to Le Mans are not only on the track and in the paddock. The Porsche Museum in Stuttgart-Zuffenhausen just opened a comprehensive special exhibition, running to July 13, 2014, that takes a look back at Porsche’s history at Le Mans. For the first time, the Porsche 919 Hybrid will be presented to the public at the Porsche Museum. Transformed to look like the famous race track where the 24 Hours of Le Mans is held, the exhibition pays homage to the famous endurance race. Your trip back in history starts in 1951 and marks the beginning of the “24 Hours for Eternity” special exhibition. Lining the walls and guiding visitors through the exhibit are re-enactments of racing situations from the Porsche’s victorious racing years on life-sized wall art and track sections. 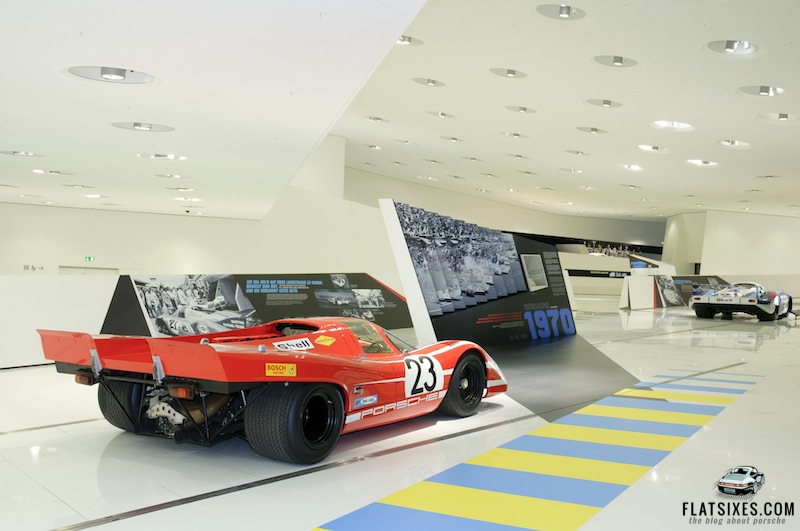 Some Historic Porsches On Display For The First Time Ever In addition to the cars, various historical and technological small exhibit pieces such as helmets, a brake disc from the Porsche 956 and the diary of Ferry Porsche, from the collection of the Porsche corporate archive, complete the historical journey of Porsche at Le Mans. 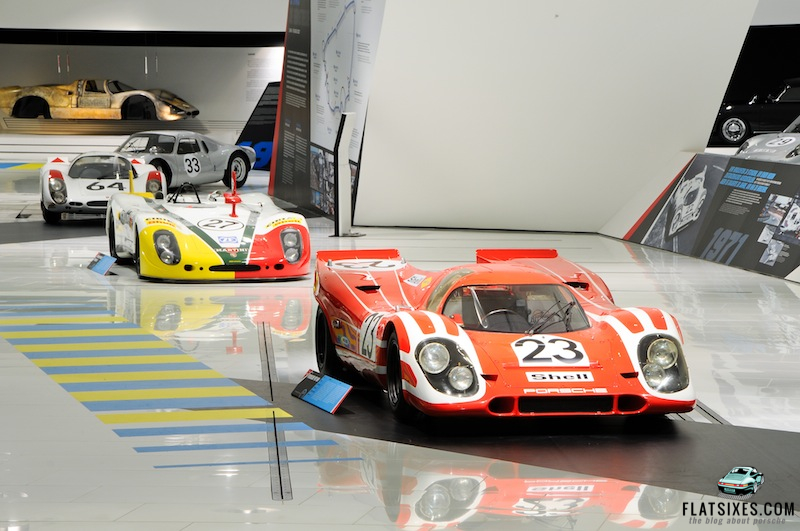 Watch The 24 Hours of Le Mans At the Porsche Museum

On the weekend of the race, the Porsche Museum will be open ffor more than 24 hours straight, from Saturday, June 14, starting at 9:00 a.m., until Sunday, June 15, 6:00 p.m. Visitors and fans of the endurance race can follow the race live as part of a public viewing program on several monitors inside and around the museum building. Entrance is free of charge on this racing weekend.

Other Porsche Blog Posts You Will Enjoy
This Is The World’s First Porsche Designed Vehicle
Porsche Sound Nacht 2013 – Listen To The Roar!
Video: Porsche Museum Secrets