Yes, I'm sure you all want to be the next Patrick Long or Mark Webber. However, there's a better than average chance you're too old. But not your kids! Starting May 1st, Porsche will begin accepting online applications for their Porsche Junior program at www.porsche.com/juniorprogramme. 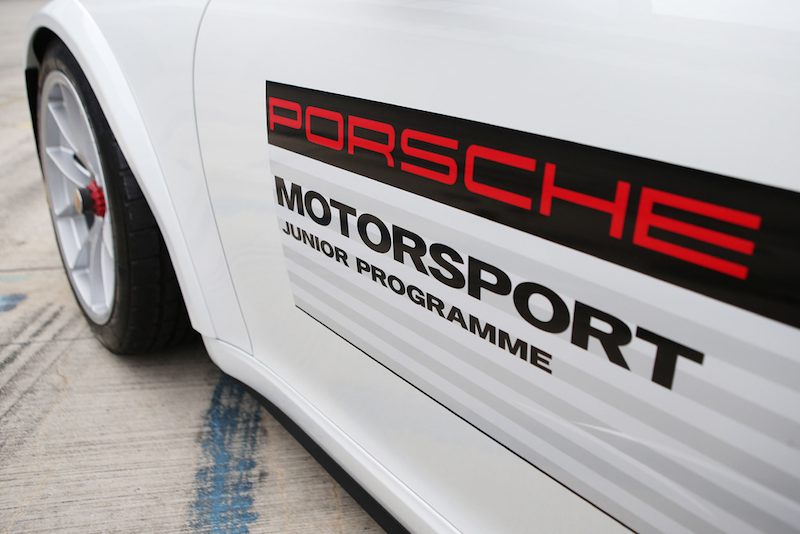 Started in 1997, the Junior program has shaped numerous young talents into professional race car drivers. In fact, Timo Bernhard, Marc Lieb, Patrick Long, Michael Christensen and Earl Bamber all took part in Porsche's youth program and are now Porsche works drivers. In addition, all 19 candidates who received support as Porsche juniors in the company’s one-make race series have succeeded in joining the ranks of the professionals. This year Porsche's changes things up slightly. Potential candidates must be born between 01.01.1995 and 28.02.1999 and must prove their participation in a touring car and/or single-seater series. Moreover, applicants must not have contested a full season, and this year not have contested more than three races, in a Porsche Carrera Cup, a Porsche GT3 Cup Challenge or in a higher level GT series. In other words, Porsche wants fresh talent.

Those who make it through the application process will participate in a two-stage selection process. After intensive fitness and endurance tests there is an active driving component. Finalists will need to demonstrate their driving skill at the wheel of the Porsche 911 GT3 Cup. The best candidate(s) signs a contract as a Porsche Junior and will contest the Porsche Carrera Cup Deutschland. What The Chosen Juniors Receive

The chosen juniors receive 150,000 Euros in funding and are given assistance similar to the Porsche factory pilots. Fitness tests, comprehensive media training and sponsor obligations.

We'll keep you up-to-date on progress as the testing is completed and the new Porsche juniors are chosen.