If you’re considering cutting back on caffeine, the blaring exhaust notes of these two Le Mans titans might provide that pep needed to begin the day. Truly, the sound these two big 12-cylinder engines shoved in tiny 917s get the hairs on the back of your neck standing up and your heart beating a bit faster.

There aren’t many motors as musical as the famous flat-twelve, the Type 912, which burbles and cracks with a delightful combination of roughness at low revs and a sonorous bark as the engine nears redline. That, combined with the very mechanical gearshift, make these powerplants almost frightening to listen to.

They’re also a feast for the eyes. Whether you prefer the iconic Gulf-liveried car, which really needs no introduction, or the green car, you made the right choice. The latter—a car doused in a classic shade of grass green—was once run by David Piper, a well-heeled British privateer who campaigned several 917s in the early 1970s, and even lost part of a leg after crashing one. 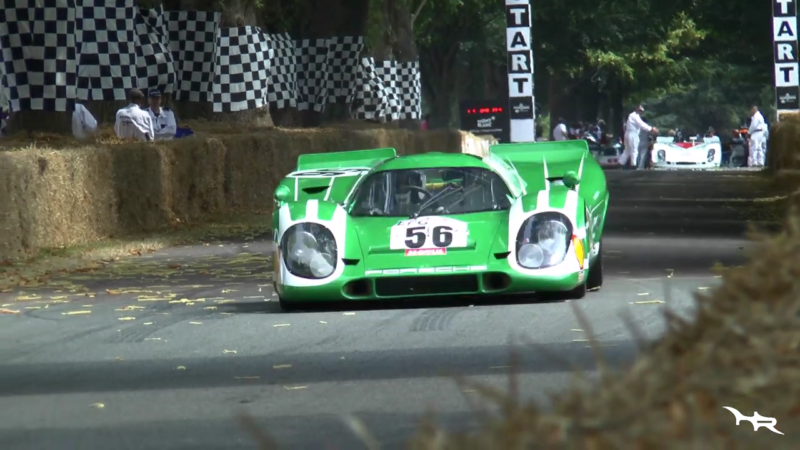 Doused in brilliant green, the David Piper 917K is just as striking as the recognizable Gulf car.

As beautiful as they were dangerous—small wonder these cars became icons of racing’s romantic past.