Of Sport and Super cars that is. A recent article in Manager Magazin notes that Piech has already said openly that he would like VW to buy Fiat’s Alfa Romeo marque. However, they go further to speculate that, “[the] real object of his desire,” is Ferrari. hmmm. can you see the resemblance?

As you know, VW already owns Lamborghini and Bugatti. Assuming the Porsche merger/acquisition goes through as planned, Piech will now lead three of the world’s most storied sport/super car companies. With the possibility of Ferrari being added to the fold it begs the question, who’s left and why? 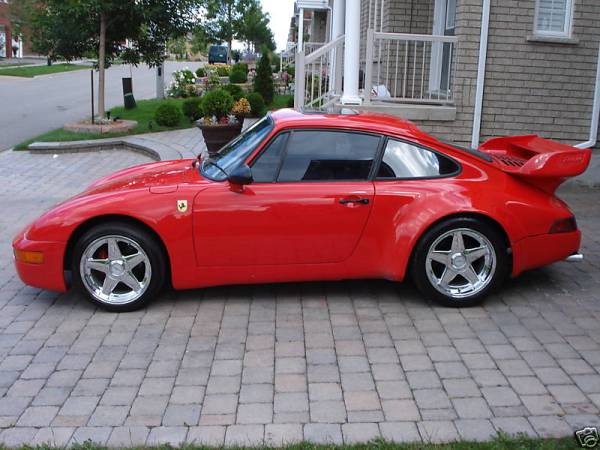 I’ve seen a Porsche-Ferrari creation in the past and in my opinion, the results were not so good.

When I think of “super cars” I think of Ferrari, Porsche and Lamborghini. Sure, there are other marques with the “supercar” label, but they are far from being a household name outside of the enthusiast market (Pagani Zonda, McClaren, Saleen, etc.). With three to four of the biggest under one parent it’s as if VW is getting “too big to fail”.

Related Porsche Posts
White Knuckle Ride in a ’73 Porsche
Has the Porsche 911 Become the Mr. Potato Head of the Sports Car World?