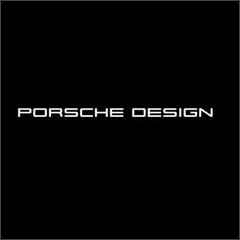 I’ve written a few posts lately on products developed or designed by “Porsche Design”, “Design by F.A. Porsche”, “Porsche Design Studio”, etc. Lately, a few people have written to me asking for some additional information on this subject. Specifically, what are all these companies? How do they relate to Porsche? Why are there so many different names? It is something I’ve wanted to explore for quite some time so I decided to dig in over the weekend and do a little research. Here’s what I found out. Professor Ferdinand Alexander “Butzi” Porsche (pictured on the left), designer of the Porsche 911 and grandson of the Porsche founder, opened the Porsche Design Studio in Stuttgart in 1972, which was moved to Zell am See, Austria, two years later. The 911 quickly became the quintessential sports car and a design classic, along with many other products that Professor F. A. Porsche designed. Over the following decades, numerous classic men’s accessories such as watches, glasses and writing utensils were created and marketed worldwide under the “Porsche Design” brand. At the same time, many industrial products and household- and consumer goods for internationally recognized clients, including streetcars for the city of Vienna, were developed under the “Design by F.A. Porsche” brand. All of the studio’s works are distinguished by a clear and functional design language, careful selection of materials and high-quality workmanship, which combines artisan tradition with state-of-the-art technology. Since 2005 all products have been developed and marketed under the brand Porsche Design. This was the accessories brand for the sports car manufacturer Porsche. Porsche has been offering vehicle accessories for over 50 years. Even in the 1950s, the “Porsche Boutique” offered luggage collections, wallets, T-shirts, calendars, model cars, buttons, tiepins and cufflinks developed specially for the 911. The products were sold in Porsche centers around the world and at events like the Carrera Cup. In 1994, Porsche AG’s merchandising division was given the new name “Porsche Selection”, which was changed in 2004 to “Porsche Design Driver’s Selection”. It has also been possible to purchase Porsche products from the Porsche online shops since 2000.”

Over the next week or two I’ll look at each of the companies division a little more in-depth and showcase some of the various products and design work they are responsible for. Do any of you own any Porsche Designed products? If so, what? Let me know.