Porsche’s most powerful production 911 ever, the new GT2 RS, was shown to the world for the first time during a video game conference. As such, it’s only fitting you have a chance to get your hands on one by pre-ordering the game that unveiled the supercar to the world for the first time; Forza 7. The only catch? The 911 GT2 RS you’ll receive is a 1/43 scale die-cast model.

The reality is that very few of us will ever get to drive the new GT2 RS in real life, let alone have the means to purchase one. However, for those of you that enjoy racing simulators and games, you could add to your scale model collection at no cost when you pre-order the Ultimate Edition of the game from various retailers across the globe including: 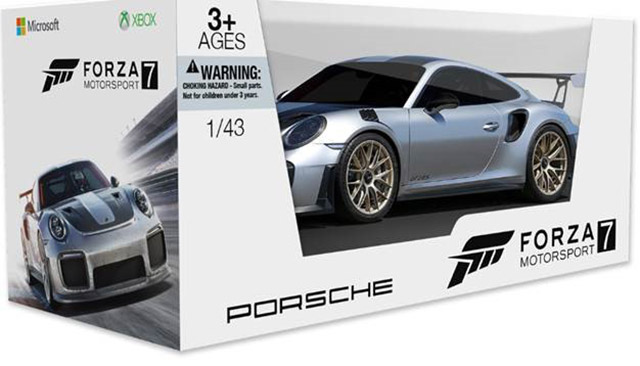 While there’s no word on who the manufacturer of the model is, or its quality, it is co-branded by Microsoft, Forza and Porsche. If you’re planning on buying the game regardless, the die-cast model for the pre-order is a nice incentive.