The 24 hour race at Daytona International Speedway started out in 1962 as a three hour race. In 1964 the race grew to 1250 miles (double the distance of the classic 1000 kilometer races of Spa, Monza and the Nürburgring). It wasn’t until 1966 that the first 24 hour event took place at Daytona. Over the past 50 years Porsche became the most successful manufacturer in the history of the race with 22 overall wins. 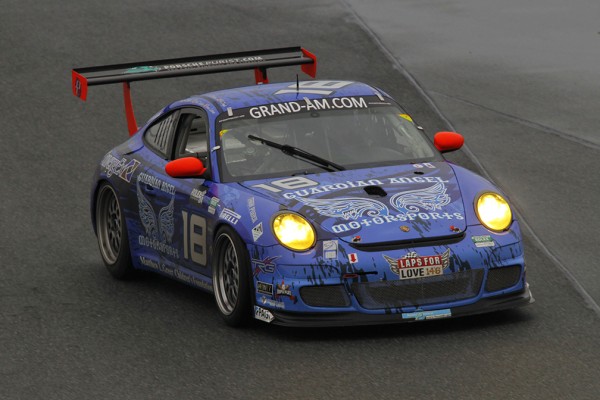 FlatSixes.com running loud and proud on the wing of a Guardian Angel Porsche during the Rolex 24 at Daytona

Today, the Daytona International is one of the world’s most famous race tracks. The 24 hour race is contested on the 3.56 mile track combination of oval with banked corner and the infield. The circuit is also the venue for the famed NASCAR Daytona 500 race with over 250,000 spectators annually.

Lastly, in recognition of their brilliant performances in the Porsche Mobil 1 Supercup, Porsche AG gave the two-time champion René Rast (Germany) as well as “Rookie of the Year” Kévin Estre (France) the chance to compete at Daytona.

The race starts this coming Saturday, January 28th at 2:30 pm EST. Speed.com will offer flag to flag coverage on their web-site while Speed TV will air an hour pre-race show and then provide 7.5 hours of uninterrupted live coverage. Coverage will return to Speed TV at 9 a.m. Sunday with another seven uninterrupted hours.