This has to be one of the single strangest stories I’ve ever heard in the Porsche world. Allegedly, this Porsche was purchased by the current owner (his name is Jay) in 1984, and the car was already a bodge-job of some wacky elements. It had wide RSR-esque fenders, some weird tack on rocker panel covers, a ducktail engine lid, and some IROC bumpers on a short wheelbase Porsche. Not to mention, the drivetrain had been dropped at some point, and the original 2-liter power plant was replaced by a CIS-fueled 2.7 liter engine and a 915 gearbox out of a 1974 911. It had a roll bar, and there was plenty of evidence that the car had been raced at one point. Back in 1984, Jay was just a casual enthusiast who picked up a second job in order to afford a really cool Porsche to drive. In his words, “back then I beat [the car] like it owed me money“. After driving it for quite a while, the Porsche was parked and he shuffled it around in storage for a couple of decades. It had sentimental value, I’m sure. Older, perhaps wiser, and with the recent surge in interest in early 911s, Jay thought it was about time to drag his out of storage and give it a thorough going over. That was when the discoveries began. Being a short-wheelbase 911, that already limits it to a four-year production window in the mid-to-late 1960s. The weirdness began when Jay started to notice odd pieces of the car that didn’t jibe with other 911s he’d seen. The chrome exterior door handles had a unique shape. The front horn grilles were held on with four screws instead of just two. The window frames used two screws at a joint instead of three. Most tellingly, the engine lid closing panel was missing the six little indents that indicate engine information decal placement (depicted in the blurry photo below). After doing a little digging, Jay seems to have found out that his Porsche is a very early build number. Chassis number 300 005, in actuality. If you look at this Porsche’s internal build sheet excerpt (below) from the very earliest of 911 production, you’ll see just what we’re talking about. I’ve cropped the page to include the information about only the first 6 cars. #005 is the final car shown, and has a build date of September 21, 1964. It’s been said in a number of places that “production” didn’t officially begin until November of 1964, so it is possible that these would be considered “vorserie” pre-production cars. 005 and 004 were built on the same day, so it’s difficult to say if 005 would be the 5th or 6th car completed. Either way, 007, 003, 001, 002, and 004 are nowhere to be found and completely unaccounted for, making 005 the earliest production (or pre-production) 911 out there. There are, of course, two 1963 911 prototypes still out there that are older; Chassis 13327 known as Barbarossa, and Chassis 13360 the proto-cabriolet.

We’ve reached out to Jay for further comment, and he has gotten back to us. Obviously there is a lot of data to process and stories to review, but we’ll be sure to update you with what we can as soon as we have it. Personally, I’m hopeful that this will all play out in future posts and a complete restoration build is carried out on the car. Even Porsche doesn’t own a car this old, and a piece of history like this deserves to be returned to its former glory. 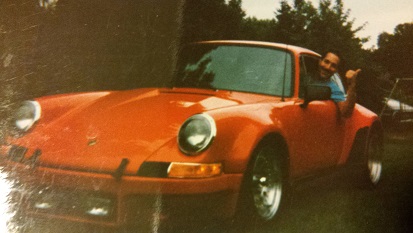 [Photos taken by Jay via the Early911SRegistry.org forum]