This year, the five major auction houses again descended upon Scottsdale, AZ, and again, they brought some exciting and interesting Porsche lots.  There was plenty for sale, and a lot of them sold for very high numbers.  Others, surprisingly, didn’t hit their reserve price, or else sold for far below what was expected of them.  Here, we will list every single Porsche lot from the weekend, and give a rundown of the most significant sales. In typical RM fashion, they attracted the best and brightest from the Porsche fold.  The big sale of the night, obviously, the RS61.  Even with a $2.75 million dollar bid, the RS61 fell below pre-auction estimates.  Largely due to a non-matching engine and extensive accident history.

The big surprise was Lot 94’s no-sale at over a million dollars.  A similar Carrera Speedster brought in nearly $1.5 million last summer at the Monterey auctions, and the seller will likely have to wait until Monterey 2014 to get anything close to that for this car.

Another surprise was the other no-sale, lot 101, the 906 Carrera 6 racer.  Based on previous auction prices, a 906 has never crested the million dollar mark, and yet this one carried a reserve price somewhere over that mark.  Again, this car is likely to resurface at Monterey, unless a private deal is struck between now and then. The buy of the Gooding show has to be the 1952 Pre-A coupe, which sold well below current market, due in large part to its lack of originality.  A very nicely restored car, in any case, but carried carpeted floors, non-original seat coverings, and other obvious oversights.  Some concessions were made in the name of owner preference, at the cost of originality, and apparently sales dollars.  Of all the cars that sold in Arizona this weekend, I think this one would be my choice, as it was a well bought driver-grade car.

Late in the sale, it started to feel as if some bidders were caught up in the emotion of the auction, as both Lot 114 and Lot 135 came in well above the market.  While Speedsters are desirable, and this one was well put together, I think the near-half-million final hammer is a bit absurd, considering Bonhams sold a similar Porsche for about half that.  The 1965 911, also, was a complete shocker.  The “early” 911s are rare, but this was no “901” car.  If anyone has an explanation, I’d love to hear it. Bonhams had some excellent metal on display, and some sold inside their markets, while others seemed to reach the upper stratosphere.  I’m not sure if something was in the water in Arizona over the last week, but the cars everyone thought would sell well didn’t, and the ones that should have been inexpensive seemed to balloon.

While Speedster prices have gone crazy in recent years, Lot 187 seems to be a good price for what the owner got.  It wasn’t 100% original, but it’ll be a very nice Porsche for them.  Lot 177, listed as a “1963 356C” is a little strange, but within reasonable rates for a C Cabriolet.

The two that stunned me in this sale, though, are Lots 111 and 149.  Lot 111, an impact-bumper “short-hood” car went for well above what the market seems to be able to handle.  I have never seen an impact-bumper car anywhere near that kind of money, including the super-hot early-930 market. The 1965 911 “Barn Find” car was another puzzler, as it looks to require far too much work to be worth more than $100 thousand dollars.  Without having surveyed the car personally, I’d guess that the car will need at least another $50-60 thousand dollars put toward the restoration, not to mention countless man-hours. The Quantity-Over-Quality Barrett Jackson auction didn’t have much in the way of Porsche lots, but the two it did show are interesting.  As the market for quality 356 Speedsters trends ever higher, it seems the replica market is going right along with it.  Lot 1562 wore several authentically correct 356 parts, as well as some concessions toward drivability, sportiness, and comfort.  A well done replica, and probably a little bit on the high side, but it will likely get driven quite a bit. The 87 Gemballa Cyrrus is every 1980’s coke-hound, stock broker’s dream.  Absolutely gaudy, in the best way, this Porsche was probably well bought for its rarity.  Supposedly this was one of only 7 cars imported to the US. 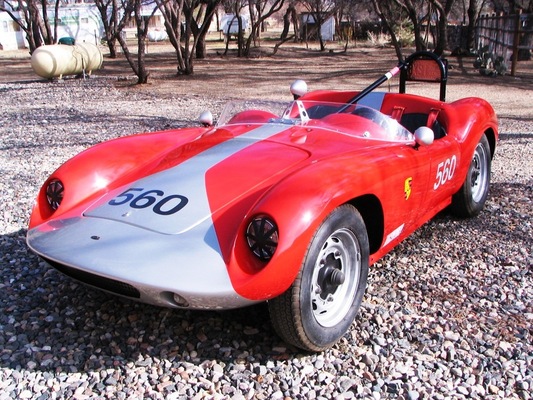 Russo and Steele did not have any lots that were particularly surprising, in fact, some lots were very good deals for the new owners. Of the sold lots, the Devin D – Porsche sports car was an amazing bargain, and I would rather have that than any of their other Porsche lots.

Other Porsche Blog Posts You Will Enjoy
RM Auctions Previews Arizona Sale With Some Vintage Porsche Greatness
Know Your Roots: A 50th Anniversary 911 Meets Its Predecessors
Who Puts VW Hubcaps On A Porsche 959 Replica?