We’ve been compiling the best Porsche models on eBay for about a year and a half now, and we’ve seen some pretty astonishing cars pop up now and again. There is some great new stuff every two weeks, so check back often. We’ve tracked down five more exciting Porsches for you nice people to purchase today, including a Piggish 356, a Carrera GT with Italian Flair, an interesting backdate Targa, a bright-orange Speedster replica (but not the one you’re thinking), and an unconventional ‘race car’. Some of these cars could be great collection investments, while others might prove to do more financial harm than good. Built to compete in the modern-day Carrera Panamericana for vintage cars, this 356 is ridiculously cool. Dubbed the “Schweinschen”, this pink pig livery really makes the car, and gives it a vintage Porsche flavor. The car looks almost like it could have been raced in the early 1970s, built to ape the ‘Truffeljager von Zuffenhausen’ 917. This would be an amazing addition to any vintage-racing garage, and would be perfect for continued use in long-distance over-the-road rallies like the Carrera, because it is equipped with the right safety equipment, an excellent period-livery, and even the TerraTrip rally computer that would be needed for such events. That said, this would be a lot of fun to run on track as well. I don’t have the time, money, or inclination, but if I did, I’d enter this car in Targa Newfoundland every year for the foreseeable future. If you buy this, I recommend doing the same. 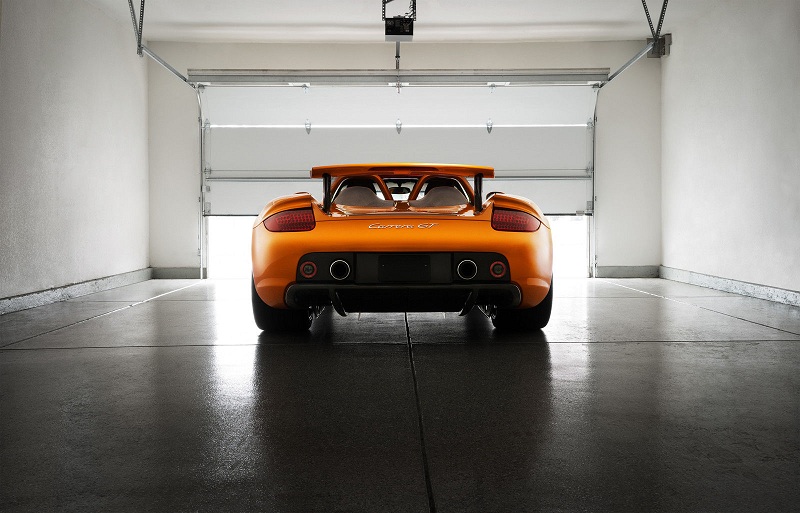 The Carrera GT is a car rare enough on its own, but how often do you get to say the words “one and only” in regards to a Porsche? This particular CGT was ordered as new to be painted in a one-off color cribbed from the Lamborghini lineup at the time; Orancio Borealis. I have actually seen this car in person, back before it came to the west coast, at an American Le Mans Series race at Virginia International Raceway. The color really looks great on the Carrera GT’s carbon panels, as it has some ‘pearlescence’ to the eye-searing orange, making it a truly unique experience.

This CGT only has 260 miles on the odometer, meaning I’m probably one of only a few thousand to have even seen the car in person. Now is your opportunity to purchase a car that you can tell everyone is one-of-one. That doesn’t come along every day. Is that worth two million dollars, though? This is a truly strange bird. This car started life as a 1983 911SC Targa, and has been backdated to look like a 1973 car, with some hot-rod flavor. Inspired by the Carrera RS and the 911R, this car has been built over the last year into the car you see here. The rear targa glass has been removed in favor of a soft zip-out window, and the bumpers and fenders have been replaced to backdate the car. There is a 911R style rear lid, and even ‘Pascha’ psychedelic interior trim accents. It appears that a lot of money has been spent on this car in the last 9 months or so, and quality parts were used everywhere you look. If this car is to your taste (it certainly won’t be to everyone’s), then perhaps this would make a good addition to your garage. I’ll let the build sheet speak for itself (see it in the listing).

The listing is worth looking at, if only to see the excellent photographs that were taken of the car. Well done on that front, for sure. If the paint on that Carrera GT has your heart all aflutter, but you can’t stomach the price tag, maybe this one is more your speed. It’s certainly eye-catching, but perhaps not in all the same ways. This car started life as a narrow-body mid-year 911, but has been transformed into a roofless monster of wings and rocker panels and fender flares. Really, though, I can’t say I hate it. This is maybe a bit flash for my tastes, but somehow it works as a cohesive piece. If you need a summer toy that has all the trappings of a Miami Beach cruiser, here is your chariot, Sir. It even has a freshly rebuilt 1979 911 SC 3.0 Liter engine, so you know it has a bit of the grunt that the exterior might suggest, as well as the simplicity and reliability that you’ll need. There isn’t much simpler to race than an old 924S. This car has the excellent 2.5 liter engine from the 944, but the narrow, slippery, aerodynamic fenders of the 924. It’s light, it’s lithe, it handles really well, and parts are relatively cheap and plentiful. These cars are far from complex, and they’ll take a run at anything you throw at them, including an all-day run on track, even in the warmest temperatures. This car was apparently built for endurance racing, and has already served well according to the seller. Keep it simple, and you’ll have a lot of fun. Of course, if you’re chasing speed and lap records, perhaps it would be more prudent to move along.