We’ve been compiling the best Porsche models on eBay for over a year now, and we’ve seen some pretty astonishing cars pop up now and again. There is some great new stuff every two weeks, so check back often. We’ve tracked down five more exciting Porsches for you nice people to purchase today, including a PDK equipped Sypder, a Lime Gold GT3, a 356 project car, plus RSR tribute, and a restored to perfection 911 Targa. Some of these cars could be great collection investments, while others might prove to do more financial harm than good. 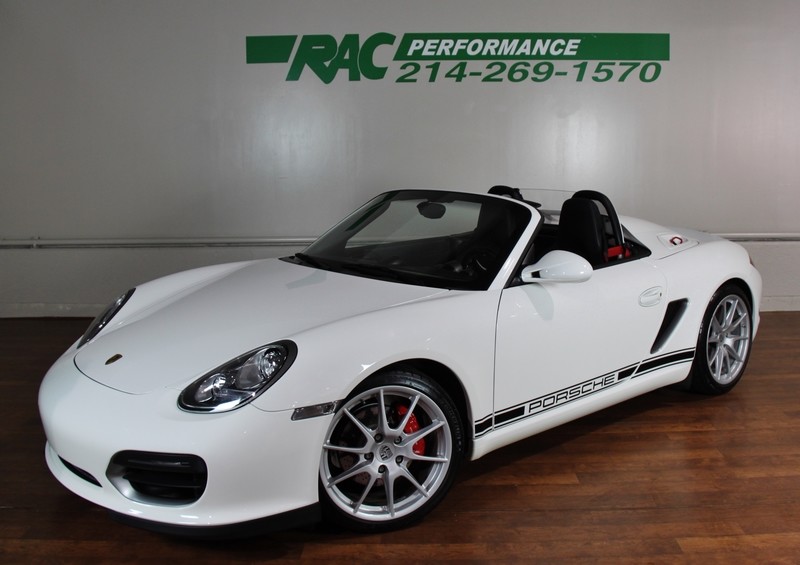 We just returned from driving the brand new Boxster Spyder (more on that later in the week) and we couldn’t be happier. It’s a great car, but you can’t get one with a PDK transmission (which some of our readers have shown interest in). Luckily, this car exists. The 987 version of the Spyder was available with PDK and this one has it. It was a dynamically excellent car, and provides a great driving experience. If you’re looking for a Spyder with PDK, look no further than this 12,000 mile creampuff example. I have to admit, I’ve never seen a 991 GT3 in Lime Gold Metallic, but I absolutely love it. I’m not sure the stripes package works with this color, however. I’d have to have that removed if this were mine. This is such a strange and gorgeous color that I couldn’t help but share it with you. You’ll probably never see another one like it. This car has only 5,000 miles on the clock, and they’re asking for just a few thousand off sticker. Is it worth 150K to you? This is an interesting one. This car will clearly need a lot of work. It comes with a lot of parts, but there are clearly no floors, lots of rust, many mangled panels, and no glass. That said, this is the lowest price on a 356 I’ve seen in years. Depending on what the reserve is, this could be an inexpensive entry to the Outlaw game. Do you have the guts to take on a project like this? This car isn’t a project, rather it looks quite finished and quite nice. It started as a 1977 911, but has been backdated to look like a 1973 RSR. The car features fiberglass RSR flares, new paint, a new PCA-compliant roll bar, new windshield, new 935-style rearview mirrors, new sports seats, RS-style interior panels and carpets, and many other tweaks. The engine is said to be a 10.5:1 compression, 7800 rpm, 235 horsepower monster, more than sufficient to propel the 2300 pound car. 1968 was a strange year for the Targa. Legislation for 1968 meant that the Targa came in two different varieties. You could still get the “Soft Window” version with a zip-out rear window, but because of roll-over restrictions, you couldn’t get that version with a rear seat any longer. If you wanted rear seats you had to order your Targa with a fixed glass rear window. Targas were falling out of favor anyhow, as only a few hundred were sold in 68, and very few of them were sold stateside.

This car appears to be a European version, as it is lacking the US mandated side reflectors. It is, from the photographs, presented very well. The Tangerine paint looks very nice, and the restoration seems to have been carried out to an exacting degree. That said, the price reflects as such, with a $185,000 Buy It Now price. I’d want to see this one in person to determine if it were really that high quality. Caveat Emptor.