All told Porsche produced 59 917s*. Over the course of the model’s run it came in a wide variety of shapes and sizes. With turbochargers, without turbochargers, short tail, long tail, with and without a roof. The 917’s history is so varied, it even raced a decade after its heyday under the Kremer banner. With such a wide array of 917s built and rebuilt following crashes and development, the provenance of each example is hard to keep track of. Mark Finburgh’s 917, detailed below, is one such example.

In a Ship of Theseus sort of way, Finburgh’s 917 is either chassis /013 or chassis /034. The car (then chassis /013) was used in the filming of Steve McQueen’s film Le Mans in 1970, but was crashed by David Piper. David Piper lost part of his leg in the accident, and the car needed to be entirely rebuilt using a spare chassis, numbered /034. 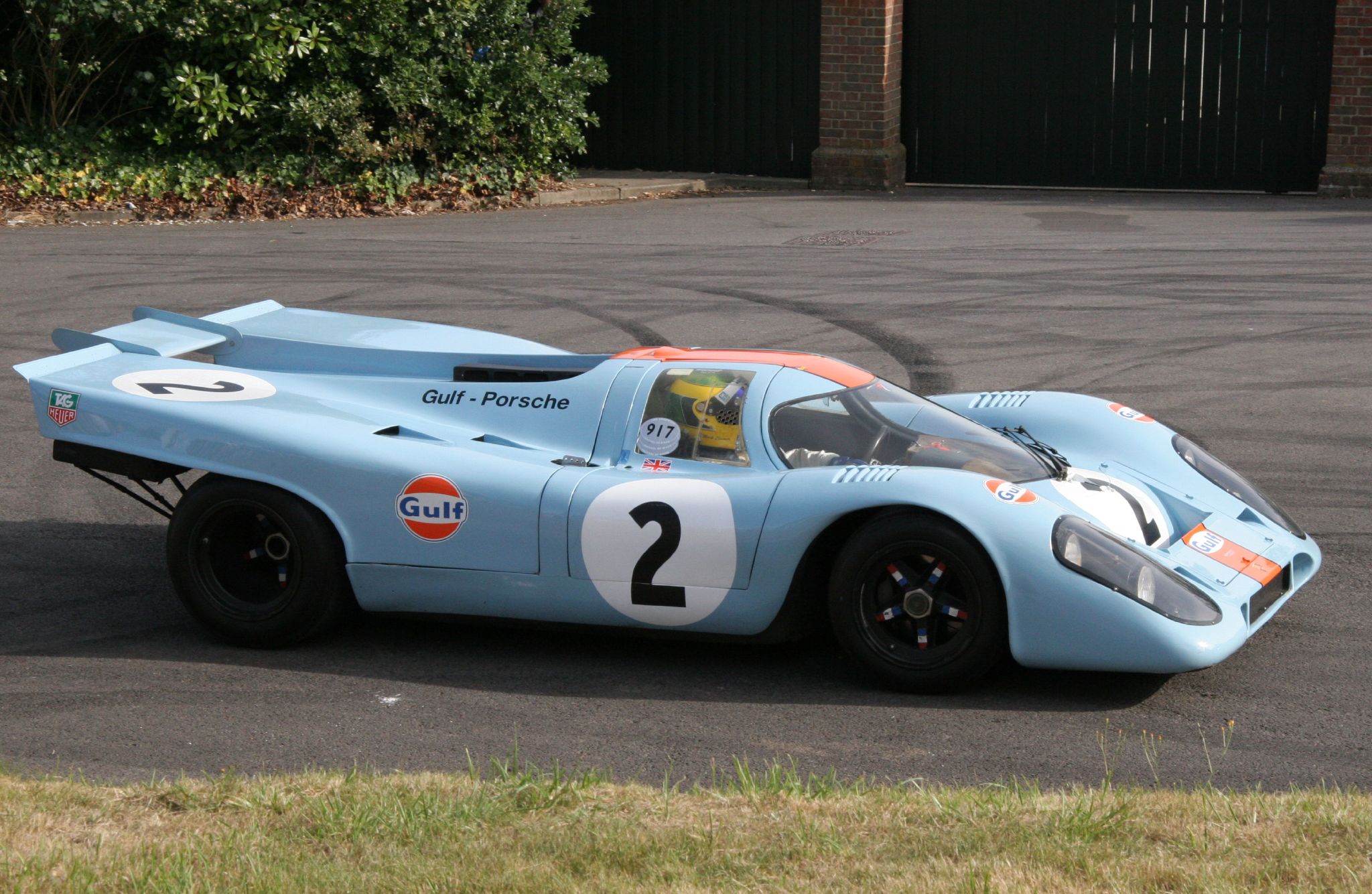 The rebuilt car was purchased by Englishman Mark Finburgh, who speaks about the car in the film, in 1973. The car was excavated from beneath the snow behind the Porsche factory and has been raced regularly in recent years. The car retains its original Wyer-Gulf Oil livery, and has appeared at the Goodwood Festival of Speed every year since its inception. Shortly after its 1970 rebuild, /034 scored several notable successes, including wins at the 24 Hours of Daytona, and the 1000km races at Monza and the Osterreichring in 1971.

The Other Le Mans Film Cars 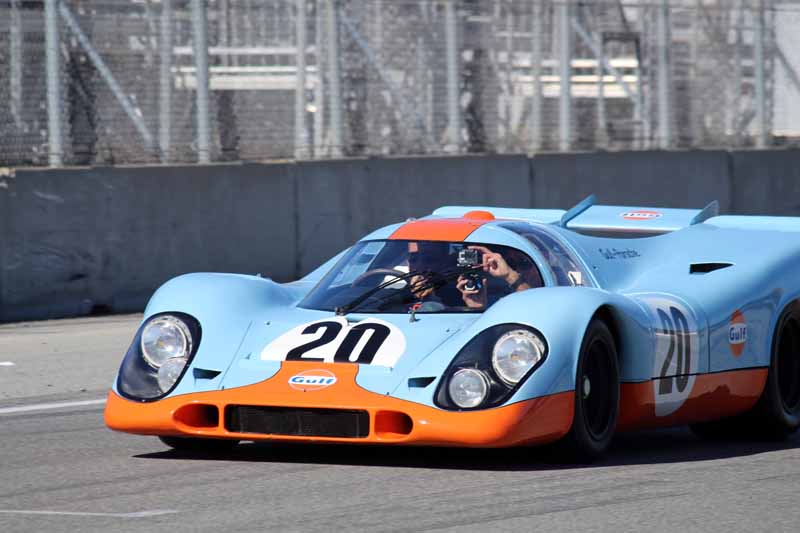 Chassis /022 is currently owned by Jerry Seinfeld, who has owned it since 2002. The car’s real-life racing career was brief, its best finish was a sixth at the 1000km of the Nurburgring in 1971. Past owners include Brian Redman and Richard Attwood. 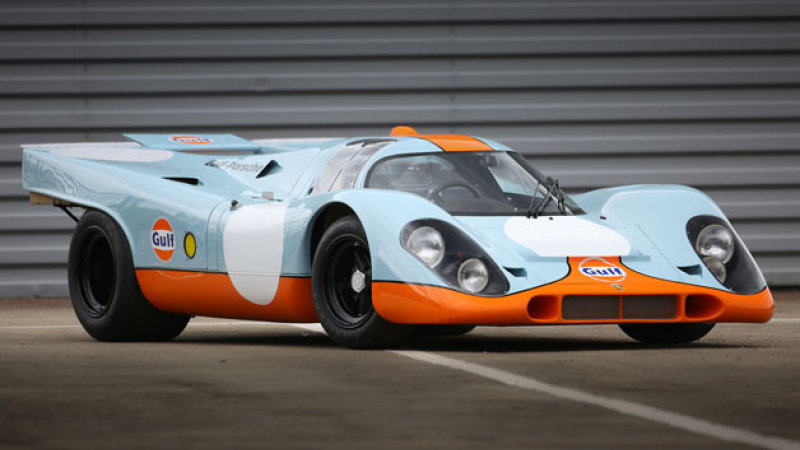 Finally, while not a car used in the film, the above 917 is owned by David Piper. As mentioned, Piper lost a leg in an accident during filming in a 917, but evidently harbors no hard feelings towards the model. Piper purchased the car above, chassis /010, from Porsche in 1969 and has been racing it ever since.

*different sources cite different numbers but this seems to be the general consensus.