As I was editing today’s post about this year’s 944Fest and preparing to publish it, I suddenly remembered that it was the two year anniversary of PorschePurist and I was struck by how far the site has come since my first couple of posts (first post, second post). As of today, just shy of 1,000,000 unique visitors have found their way to FlatSixes.com and 1000s of you are now on the role as subscribers.

More importantly, and the reason I’m rambling on, is that I’ve had the opportunity to meet 100s of you, either in person or virtually via this site, email, facebook, linkedin, etc., and have made many wonderful new friends as a result. To all of you, I just wanted to say thank you! Thanks for sharing your passion for Porsche with me (and allowing me to share mine with You)! Thanks for contributing through your comments and guest posts, and last but definitely not least, thanks for reading!! For those of you who are new and recent subscribers, welcome to the family.

Today’s post is written by one of FlatSixes.com’s most frequent contributors, Andrew Granieri. Andrew is getting married this weekend to a wonderful woman and I wanted to take a moment to wish them both well and say Congratulations!

I wrote this post during the summer months earlier this year and, for the first time in years, the 944Fest was not on my mind. In past years the entire month of July has typically been reserved for my father and me to go over our cars; double-checking with our experienced mechanic buddy what we need to do to ensure both cars (my normally aspirated 944 and his 951) are track-ready. This ritual did not come to pass in July this year, because the Fest came to Nelson Ledges on June 5th!

This post is a long overdue recap for those of you who couldn’t make it or didn’t catch my first post on the 944Fest. Let’s start from the beginning.

The Granieri caravan of two got off to a late start, and the culprit was a single brake pad. My father, in his infinite wisdom, wanted to put racing brake pads on the front axle of his 944 Turbo to have optimum braking power on the track. However, the pads were brand new, and brand new pads won’t perform well when taken straight to the track – a seemingly simple solution to this seemed obvious: We’ll put the brake pads on before we leave! Four hours of driving should be enough to break them in.

I refuse to post pictures of the madness that ensued.

All the other brake pads swapped in cleanly, save for the inside driver’s side pad, which refused to come out. We spent two hours pulling, praying, swearing and sweating over this stupid brake pad; it refused to budge. It was stuck in place so well the vice grips and pipe wrenches couldn’t pull it out – and that’s where the trouble really started. I won’t say who (it wasn’t me); I won’t say when (it happened after I went inside); but somehow, someone’s grip on this pad slipped. As a result of this, that same someone somehow fell backwards into the jack that was keeping the car elevated. Things were forcefully moved. Pistons were broken. Pneumatic systems were compromised. Passive voice was used extensively to avoid directly pointing fingers at my father, who fell backwards into our beloved aluminum jack’s arm, forcing it out of its hinge and bending the pneumatic pistons. By the grace of a dozen deities, the jack was locked up and didn’t fall, allowing us to successfully swap out that final, stubborn brake pad. A counter-clockwise twist on the busted jack’s handle and his S2/turbo hit the ground. We held a short service for the busted jack before unceremoniously dumping it into the trash.

We’re off to a great start!

We got in fairly late Thursday night – a little after midnight. The track gate was closed, but someone forgot to lock the paddock; in hindsight, it was probably left unlocked intentionally, but it made the act of entering the track feel that much more exciting!

The 944Fest got track time Friday at Nelson Ledges Road Course, and with only one or two glaring exceptions, the DE went as smooth as can be! The last time I had driven on Nelson Ledges, it was my very first HPDE. Now that I had more experience under my belt, I found new insights with each turn and faster lap times to go with it! I don’t mean to toot my horn here, but in my run group the only people doing better than me on the track had dedicated racing rubber – something I’ll have to contemplate purchasing in the future. 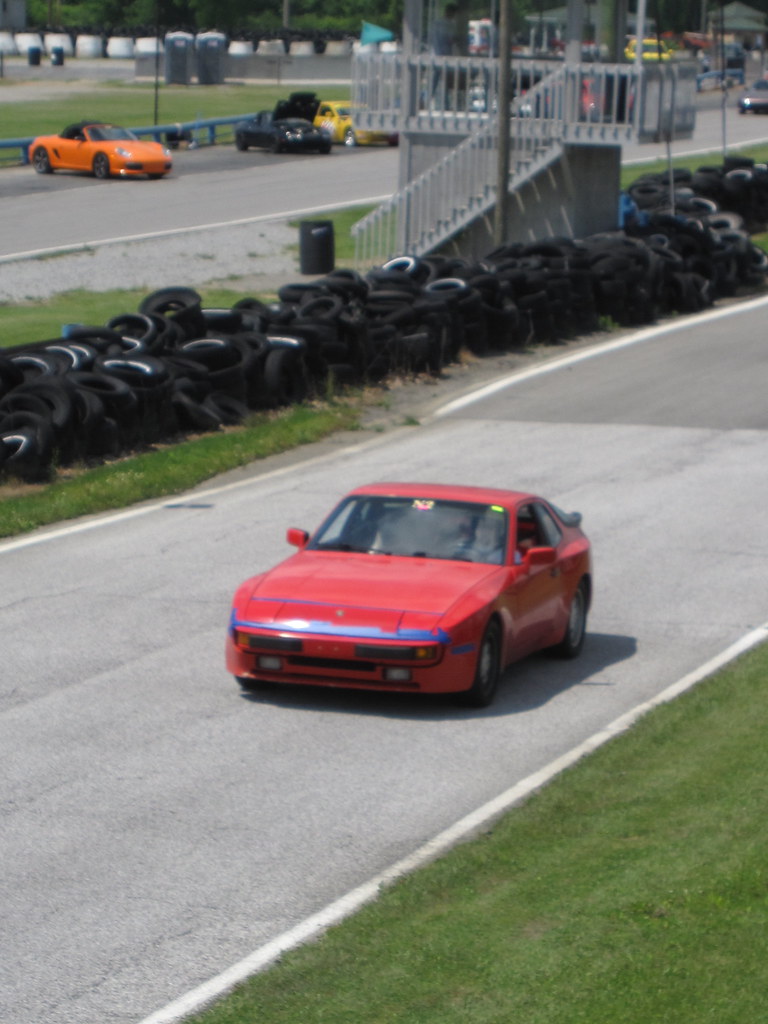 Here I am, flying through the front straight as fast as my ~120-140RWHP can take me!

My instructor had a beautiful ’08 limited edition Boxster; painted the orange and black GT3 RS paint scheme, it handled as wonderfully as it looked! Below is a video of one lap around the track in my instructor’s Boxster. Not bad at all for street tires. I apologize for the shaking and the yelling.

A huge, carefully controlled and maintained bonfire capped off the evening. At some point during the night, a few individuals (who shall remain forever nameless!) decided to create an impromptu 944 dirt rally / autocross track near the campsites. All had good times; a fellow enthusiast was kind enough to let me take his 968 (Fun stuff!) on the faux track – thanks, John! Race tires and damp grass did not mix, so after three spins, I decided to park his car before something bad happened – just in time, too! Nelson Ledges staff members came by and reminded us that we’re not 5-year-olds. In spite of some great race lines, the dirt rally was disbanded without incident, and everyone continued socializing into the wee hours of the morning.

Saturday held a couple different options for Fest folks: PCA had the track for a HPDE event of their own, so some drivers planned ahead and registered to run Friday with the 944Fest and Saturday with Porsche Club America. Had I not run out of money, I would have registered with PCA to get on the track with a fresh crowd.

The rest of us had the Gimmally, a gimmick rally/scavenger hunt that took place within a 20-mile radius of the racetrack. Rennlist member and Cleveland native Dan P. orchestrated the seemingly-easy-yet-incredibly-and-deceptively-frustrating five-hour event. “You’ll be swearing my name up and down before you’re through,” he told the participants.

Participants paired up and were sent on their way in 5-minute intervals to keep us from cheating mingling with one another. Since my father had planned to leave a little early, I paired up with Nelson, my good friend and fellow Miami student. We were excited. We were confident. Dan had already made one of these for a 944Fest a couple years back, we thought. This one couldn’t be as good as that one, he already used up all the tough and obscure locations, we thought.

We were wrong. We were very, very wrong.

As it turned out, the Gimmally fit right in with the predominantly German theme of the weekend. It just needed a different name: schadenfreude. See the photos below for proof: 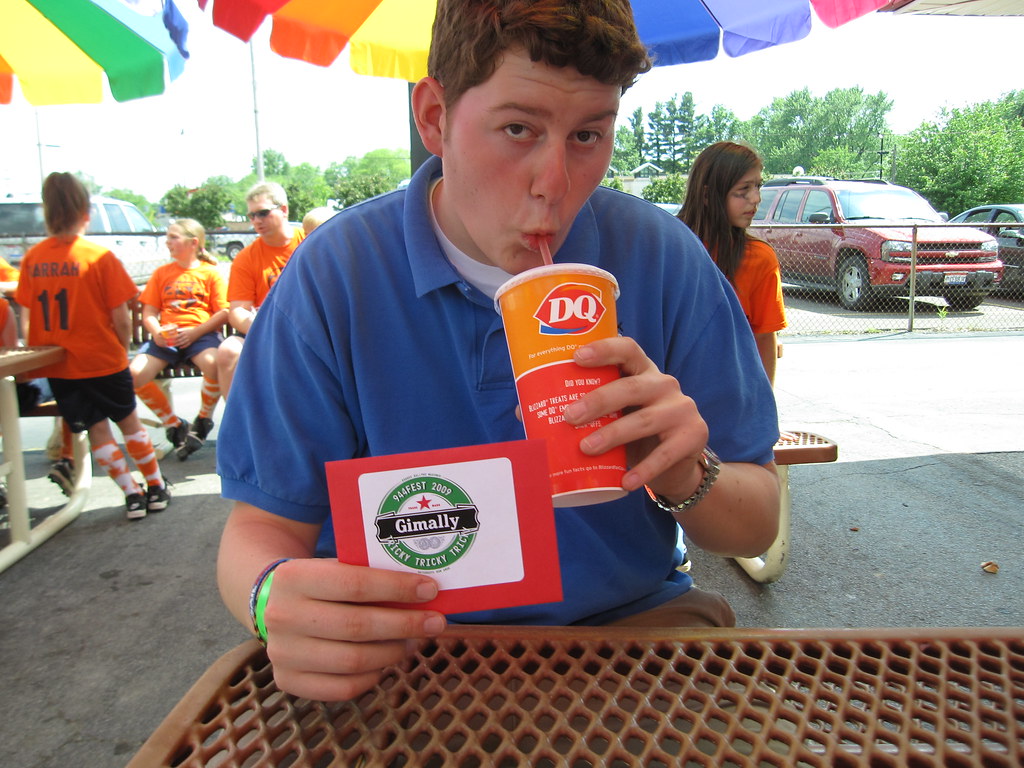 Copilot Nelson, just before we started on task #8: “Go to Dairy Queen. Order a large Arctic Chill. You may not continue on the Gimmally until it is completely consumed.” 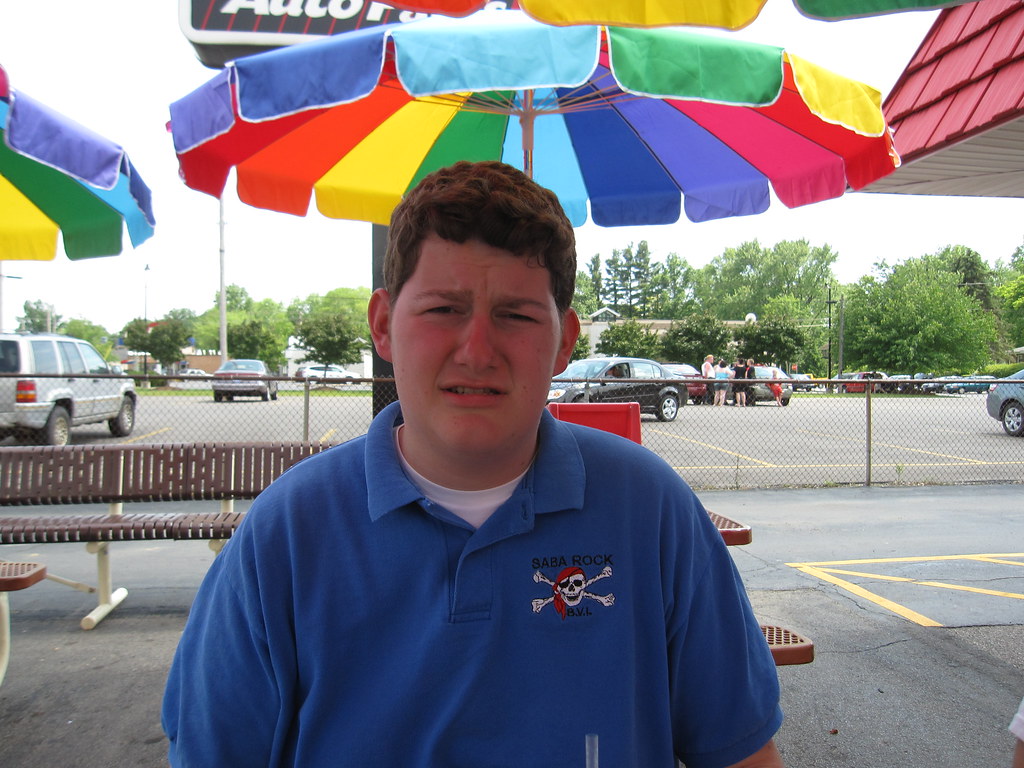 Copilot Nelson, after completing task #8. Note the lack of hope and joy in his face.

Needless to say, we didn’t win.

Did I mention the car show? Running just prior/concurrently to the Gimmally, participants had the option to enter in the 944Fest car show! Due to time constraints, this event was not as big as it had been in years past, simply from people choosing to participate in PCA’s HPDE event or the Gimmally, as I said earlier. Though as you’ll see from my photos, there were still many contestants and some of them drove in fresh from the track, stains and all! My car cleaned up pretty well, but my father’s car looked even better, especially after applying these tips on washing and cleaning your Porsche.

Here’s my (sloppy) attempt at a panoramic photograph covering part of the car show.

The event officially drew to a close Saturday night with the award ceremony and raffle. There was a plethora of prizes from the 944Fest’s generous sponsors; Lindsey Racing, Pelican Parts, Paragon Products, 944-951parts.com, A Part Above, 944online.com, 944Cup.com, Rennlist, EagleDay.com and Rennbay were among a few others that donated their products to help make sure everyone was a winner at the raffle. While I didn’t win the grand prize $500 gift certificate to Lindsey Racing, I did win an all-important DME relay to keep in the glove box and a Mahle oil filter, so I can’t complain!

Officially, that’s the end of it. After the awards are distributed, you claim your prize, pack your bags and head for home. But many people prefer to stay Saturday night for a few beers by the fire with friends before heading home for another year. Unfortunately, I couldn’t stay another night, as my summer classes needed some attention. I hope my coverage of the Fest has inspired some 944 owners to take their car out when the event rolls around next year. Of course, I didn’t cover everything that happened on this memorable weekend – sometimes, what happens at the 944Fest, stays at the 944Fest. I hope to see many new faces next year!