A post in motoring.com.au sure does make it seem that way. According to what we read, the normally aspirated Carrera and Carrera S models, set to debut as the face lifted 991 series at Frankfurt Motor Show later this year, will both feature downsized turbo engines. 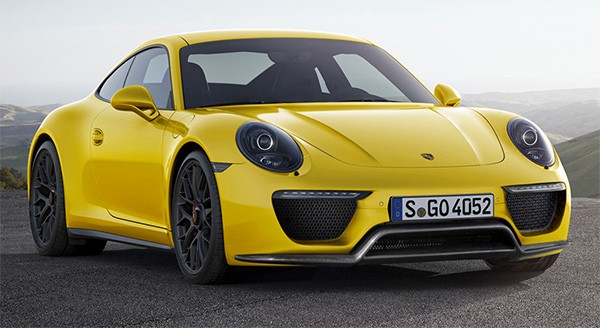 Specifically, the story goes on to say that the base Carrera will carry a 2.7 liter turbo flat-six while the Carrera S receives a 3.4 liter turbo allowing for nearly 30 mpg. The smaller of the two motors could produces as much as 400 hp (50 more than today’s 350 hp) and the turbo 3.4 slated for the Carrera S will produce “more than 400 horespower” without specifying how much more.

Where’s this information come from you ask? Did they just make it up? No, the story says that their source is none other than Dr. Erhard Mössle, the Product Line Director for the Porsche 911 Turbo, Carrera 4 and Targa who spoke to motoring.com.au during the launch of the new 911 Targa 4 GTS in Australia and let them know the current 991 series 911 will remain in production until the end of the year. However, when we read his quotes, we can’t reach the same conclusion as they did regarding turbos. Here’s what Mössle said, “This is the last one [presumably referring to this version of the normally aspirated 991], and then we start again.” That’s it.

A Hybrid 911 Seems To Be A Given At Some Point

However, the story does go on to say that Dr Mössle explained that the next-generation 911, set to be introduced in 2020 (the 992 maybe?), will “be engineered for hybrid power“. The level of hybridization will dictate the amount of change from the 991 series platform.

We know that Porsche needs to continue to innovate and improve fuel consumption across their entire fleet due to upcoming CAFE regulations, that’s why we continue to see an emphasis on hybrid power and hybrid models. However, would they go so far as to introduce a turbo only version of the 911 so soon? We reached out to Porsche for comment and, as expected, they said they couldn’t “participate in speculation about future models” What do you think? Will Porsche make this move? If so, will it happen as soon as 2016?