We knew it was coming, we knew it would be limited, and we knew what it would look like, but it’s still a joy to see the 991.2-generation Speedster finally in production-ready trim. Only 1948 examples of this open-top 911 will be built, and it’s likely that its most of the way to being sold out by now, if it isn’t already. What you’re looking at here is basically a two-seat convertible version of Porsche’s successful GT3 model. It’ll have the same 502 horsepower 4-liter flat six that revs to 9,000 rpm, and it’ll be shifted exclusively through the glorious 6-speed manual gearbox found in the GT3 Touring and 911R. It even has the same chassis components and specially calibrated rear-wheel steering. The major difference between the 911 Speedster and the GT3? Well, aside from the fact that it doesn’t have a roof, the Speedster features individual throttle bodies! The Speedster will feature the lower and more rakish windshield and speedster humps we’ve become accustomed to through the original 356 speedster, 1989 911 Speedster, 964 Speedster, and 997 Speedster. It’s an evocative shape that brings the old world to mind immediately. The lightweight manually operated convertible top will likely spend most of its time stowed under the rear lid, but will help keep the car’s iconic hunchback look. Porsche makes extensive use of carbon in the construction of the Speedster to keep it as light as possible. With the front and rear lids, and front fenders made of carbon, as well as standard PCCB carbon rotors shed quite a few pounds. The lightweight poly bumpers help as well. Air conditioning is omitted as standard, but can be optioned back in for no cost (though I’ll take a stand right now and say you’re a coward if you option A/C. Don’t be a coward.). The 2019 Speedster weighs just 3230 pounds, which is just 209 pounds more than the much vaunted king of lightweight 991s, the 911R. 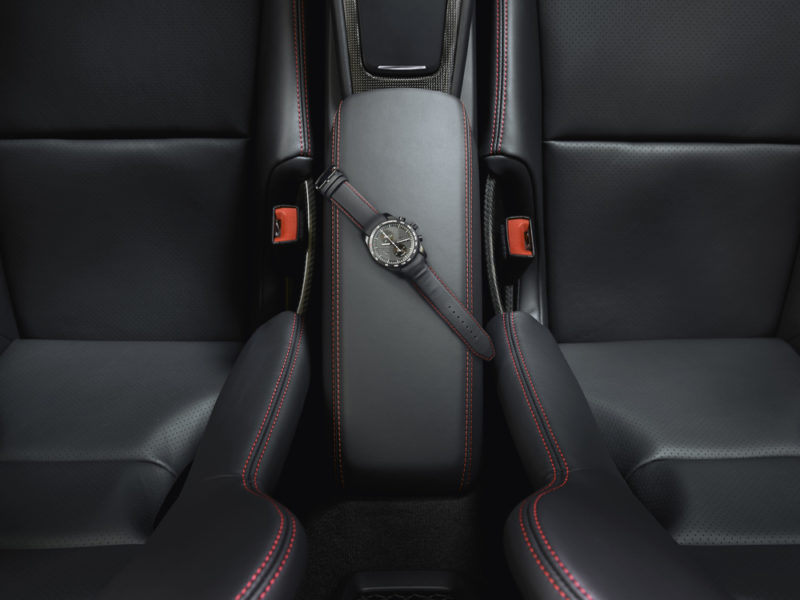 Exclusively for owners, Porsche Design has created a 911 Speedster Chronograph timepiece. The high-performance Flyback-Chronograph with Werk 01.200 movement developed in-house features Speedster specific design elements such as a carbon fiber dial, and a rotor modeled after the Speedster center lock wheel in both design and color. Genuine Porsche interior leather and thread are also used for the perforated black leather strap with red stitching. Pricing for the watch was not mentioned, but Porsche Design Chronographs start in the $6,000 range. My takeaway? By limiting this to just 1948 examples, investment speculators have already put in their orders and we’ll see fools parting with half a million dollars to buy these on the second hand market. They’ll all be optioned with air conditioning, and hardly any of them will be driven. Additionally, the concept looked much better with proper throwback cues. I wish they’d offer the wheels and mirrors as an option, at least.