Porsche dealerships around the country have been getting excited for the new Panamera for some time now. This exquisitely controversial (or controversially exquisite, depending on who you ask) four-door Porsche unveiled for sale to the public on October 15th, and I was fortunate enough to attend an unveiling held at a local Cincinnati, Ohio dealership, Porsche of the Village.

I went down to the dealership a day early to grab some pictures of the one Panamera they had on hand (it was delivered early and not visible to the public) so I could get pictures without dozens of people in the shot. Upon arriving, I discovered another surprise in store for guests: a 90P Porsche Indy racer from the early ‘90s! 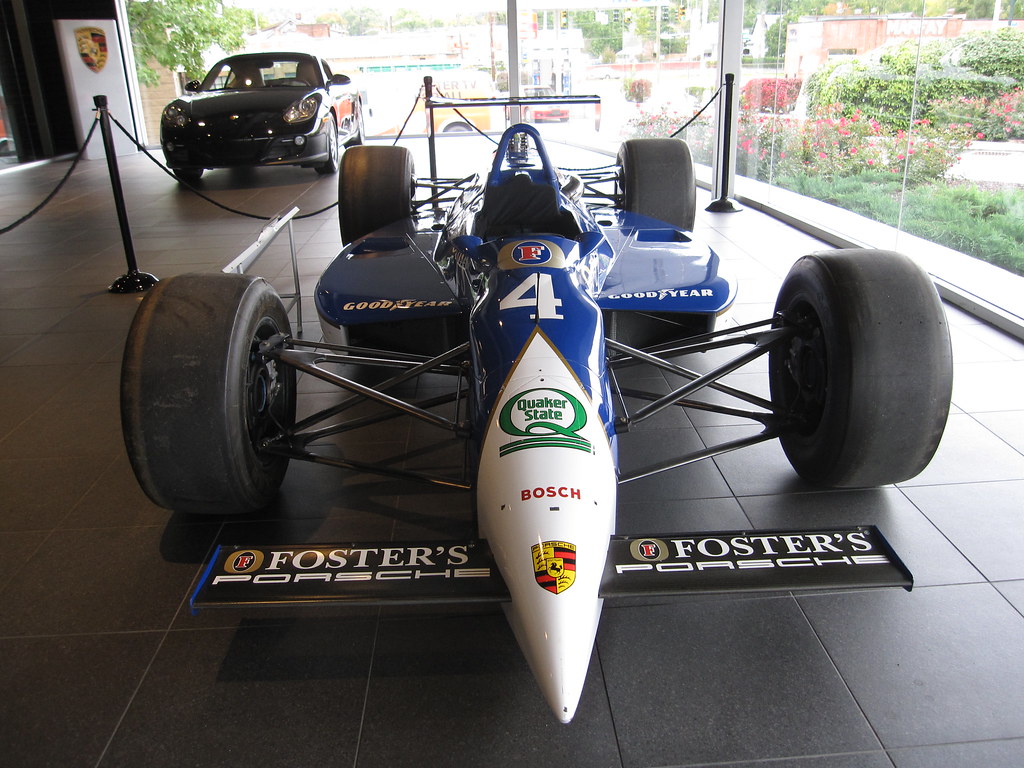 Participating in three Indy 500 races, this Porsche is a rare sight. 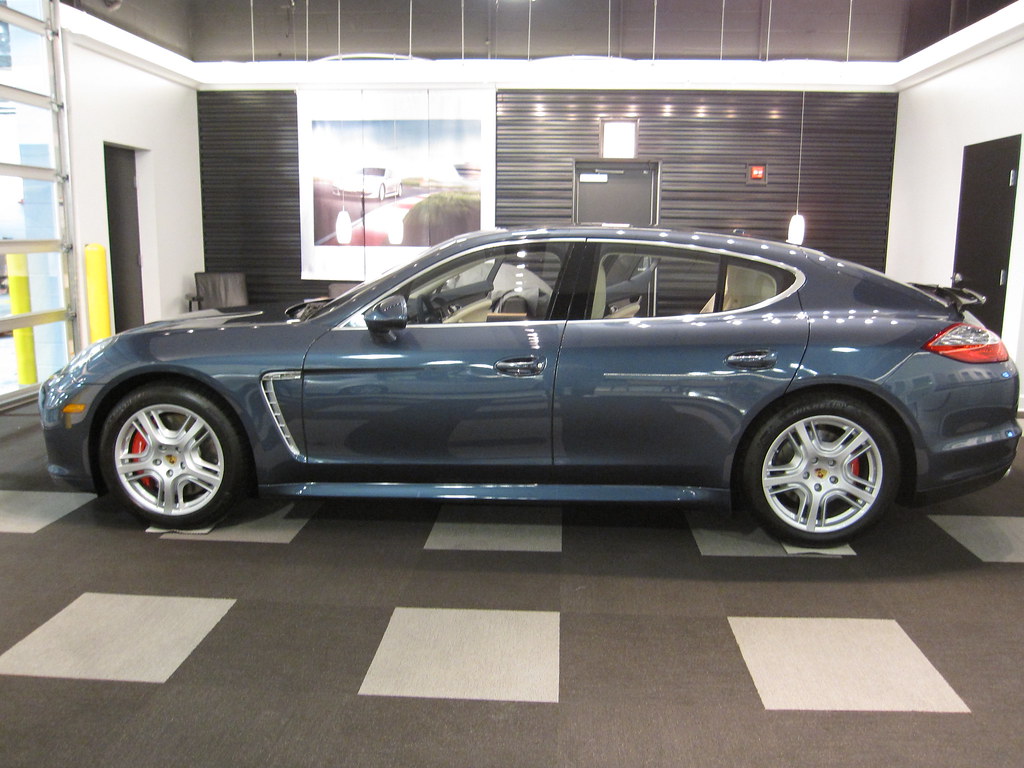 A spectacular blue Panamera Turbo prepares for its public entrance.

The event itself was wonderfully organized. There were some local artists with their work on display throughout the dealership. A local caterer, Fleur de Lys, served cheeses and other assorted hors d’oeuvres, as well as champagne, throughout the evening. Scott Reising Jewelers had a display of men and women’s jewelry on display, and there was a Burmeister home audio display showing off the quality sound system you could have indoors OR inside your new Panamera (for a paltry $3,990 bucks, it is one of the Panamera’s less expensive options!). There was a great looking ice sculpture made for the event, too! 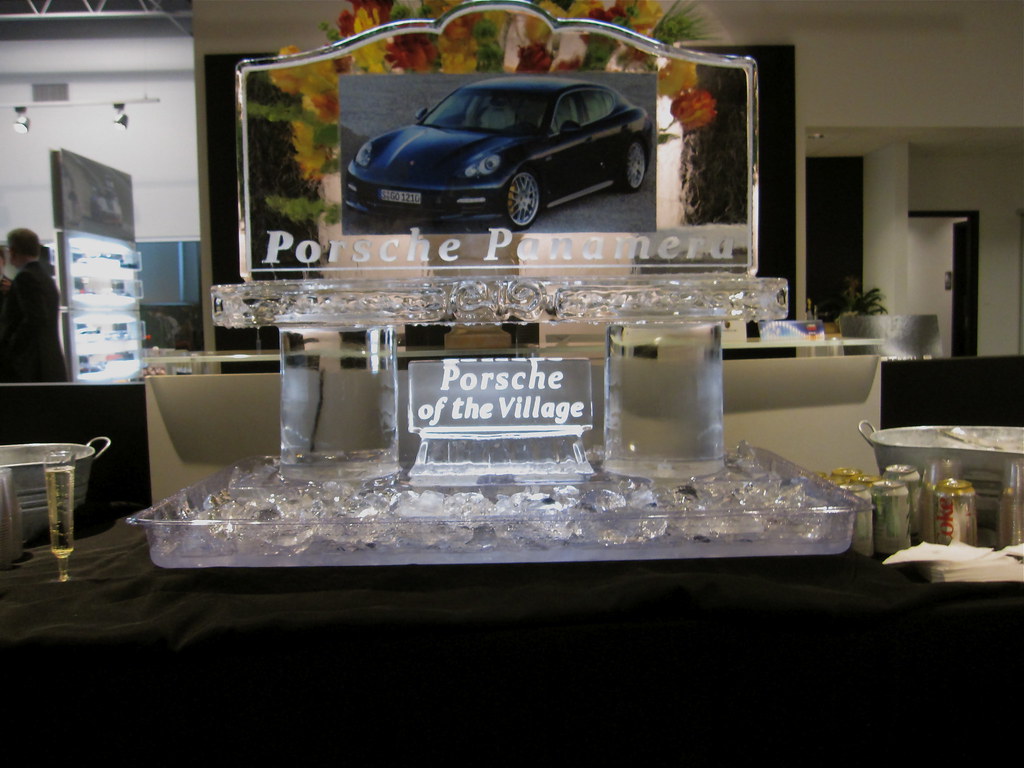 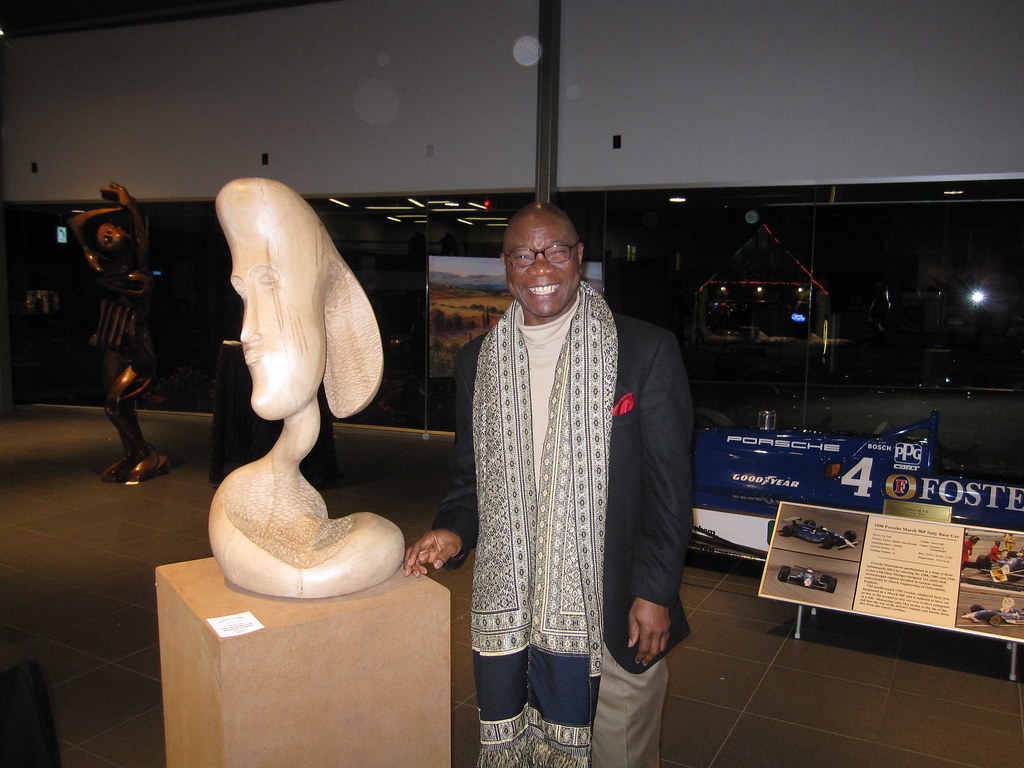 Sculptor Felix Eboigbe, one of the featured artists at this event, was kind enough to pose with one of his works, titled “The Intellectual Abstract Head.” 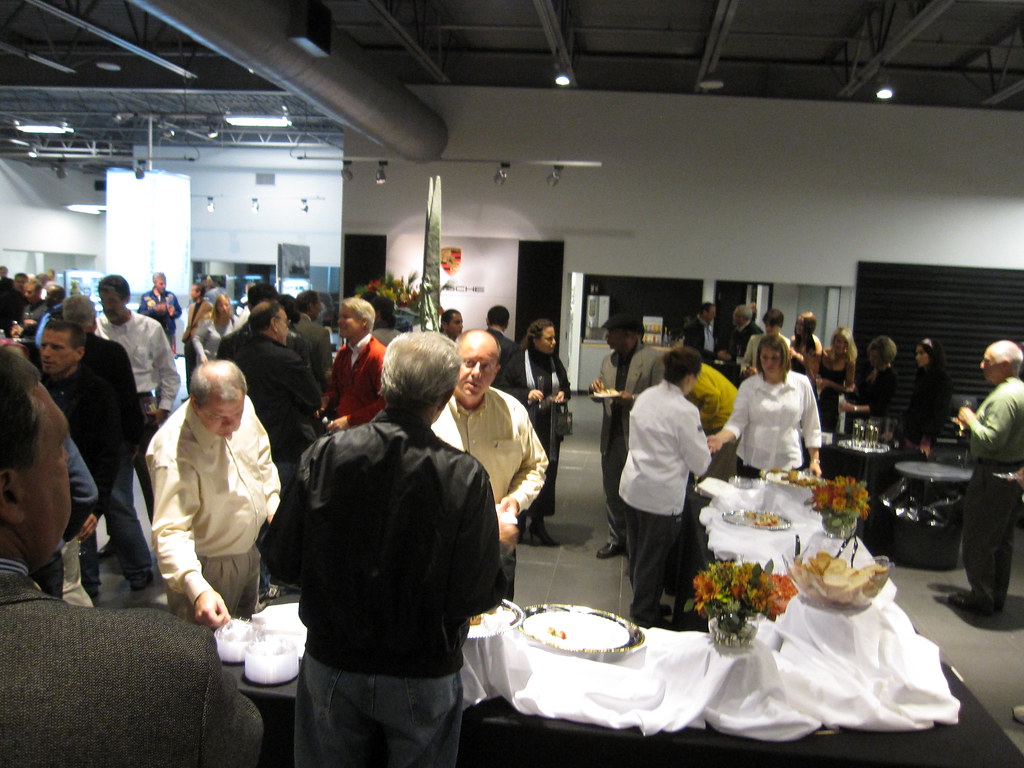 Partygoers take in the decadent sights, sounds and tastes that could only be topped by seeing the Panamera in person for the very first time.

When the time came to unveil the Panamera, guests crowded into the main showroom to watch an exciting video clip before they revealed not one, not two, but three brand-new Porsche Panameras! 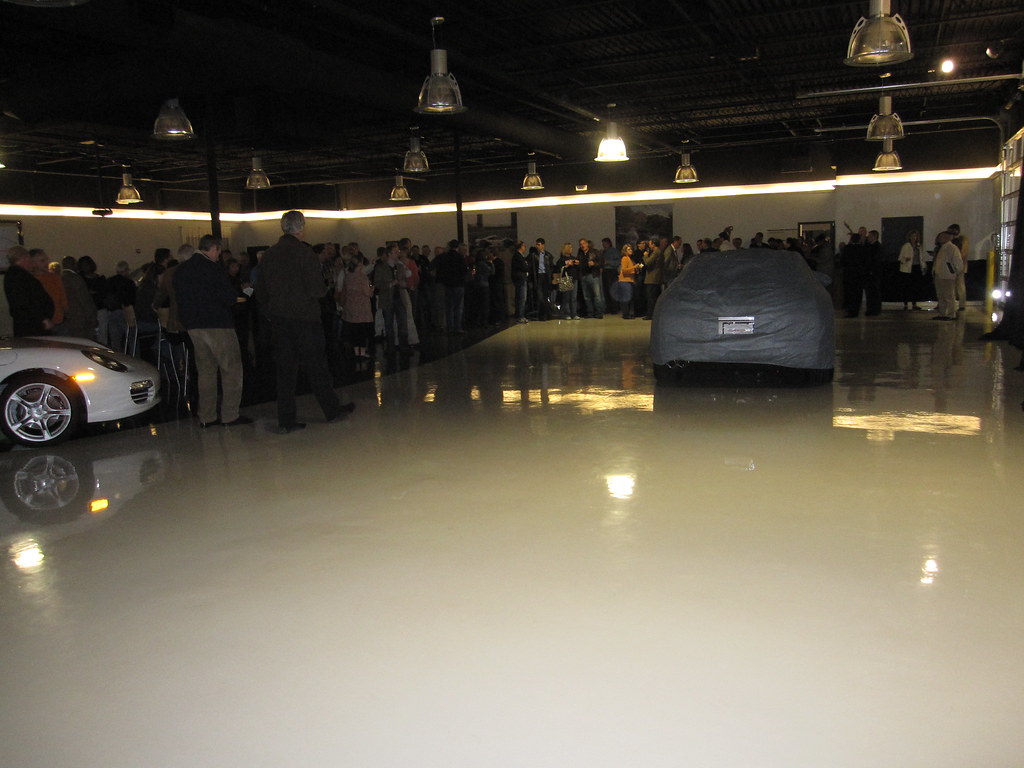 The lights are low, and guests eagerly wait for the car cover to be removed from this new and unique automobile. 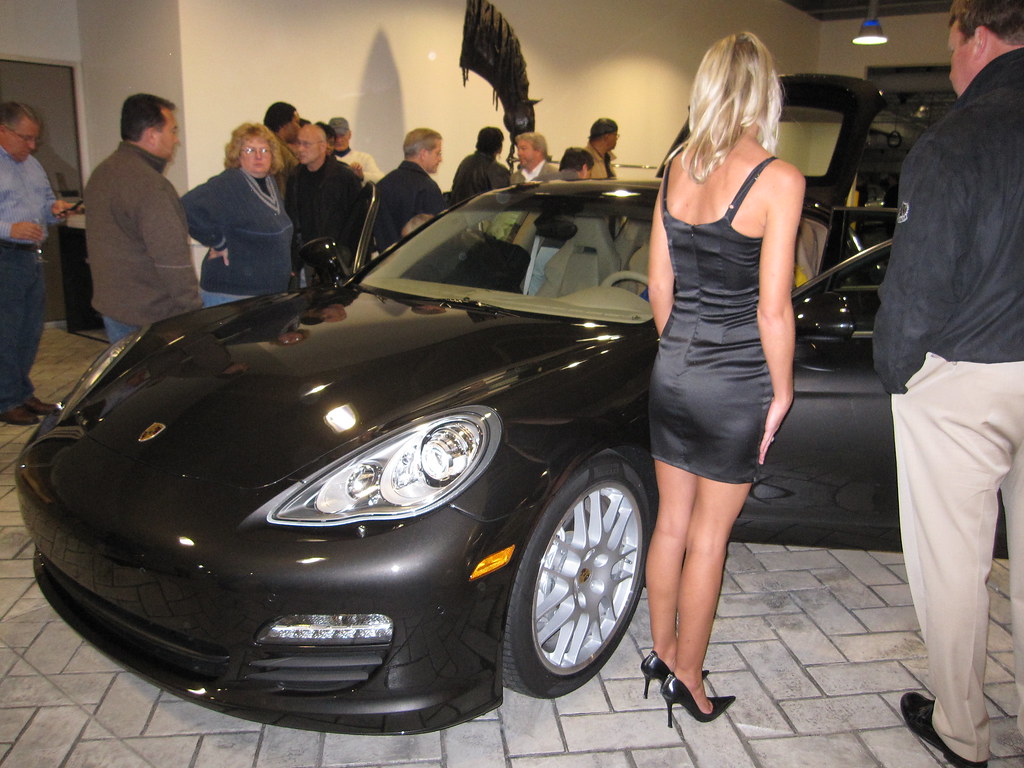 Test drives were not allowed, but that didn’t seem to bother anyone – for now. 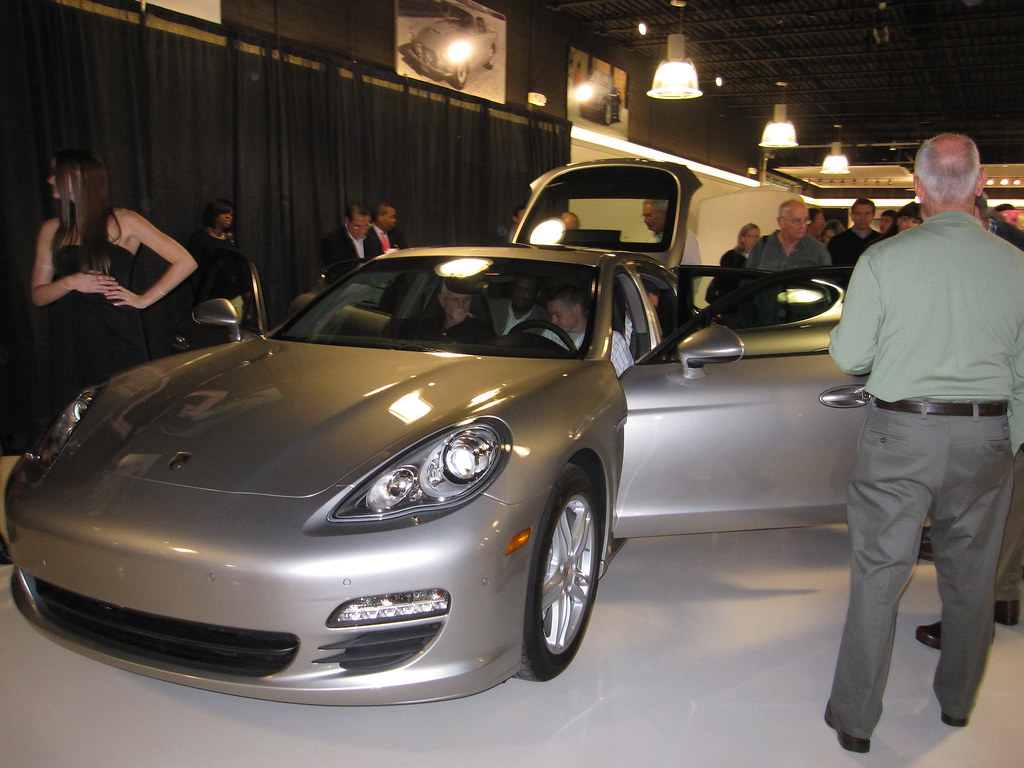 The Panamera is a hit! Everyone wants to take a seat in this car… 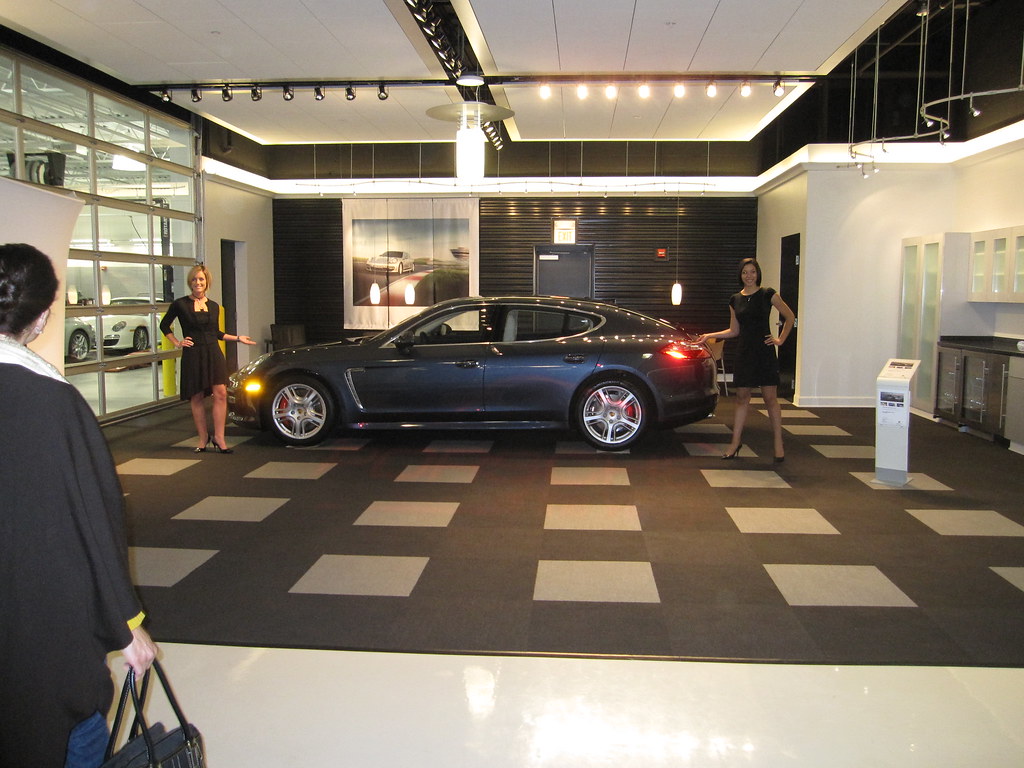 ..Until they realized the Turbo was on the other side of the room! 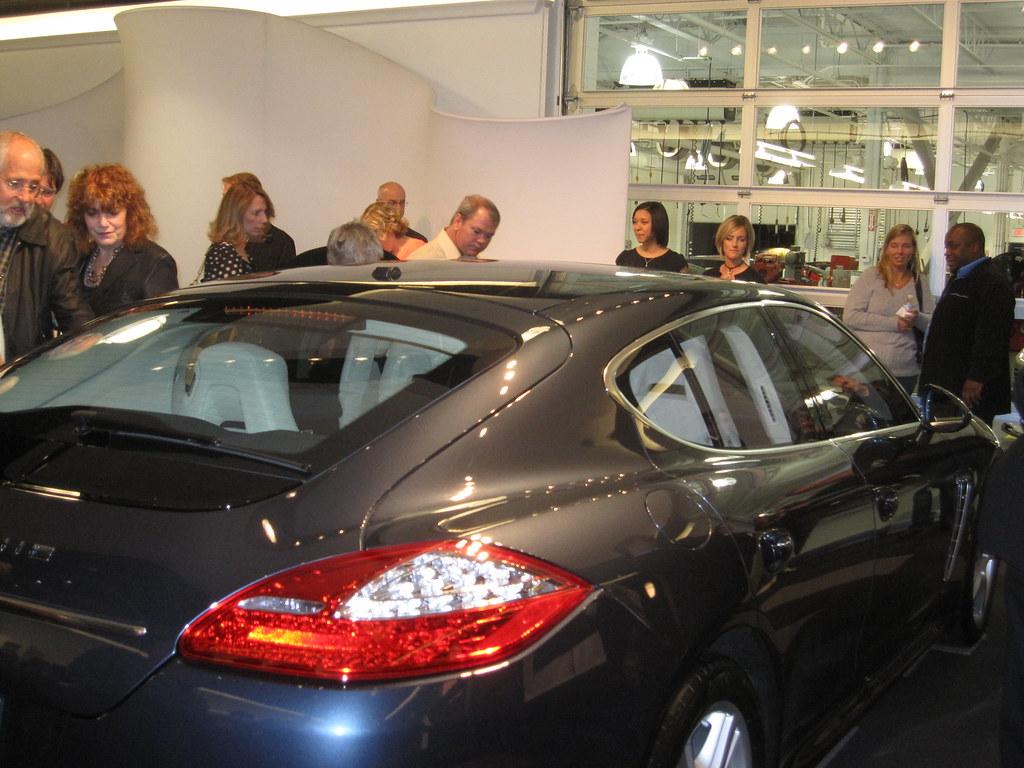 This car was very popular – it was sold within 48 hours of the event!

As you can see from the pictures, these cars were well received! I spoke to a few sales professionals from the dealership and they were all very excited about these cars, stating the Panamera crushed its competition with superior performance. They even went so far as to say the Panamera felt as good on the road as a (gasp!) 911! 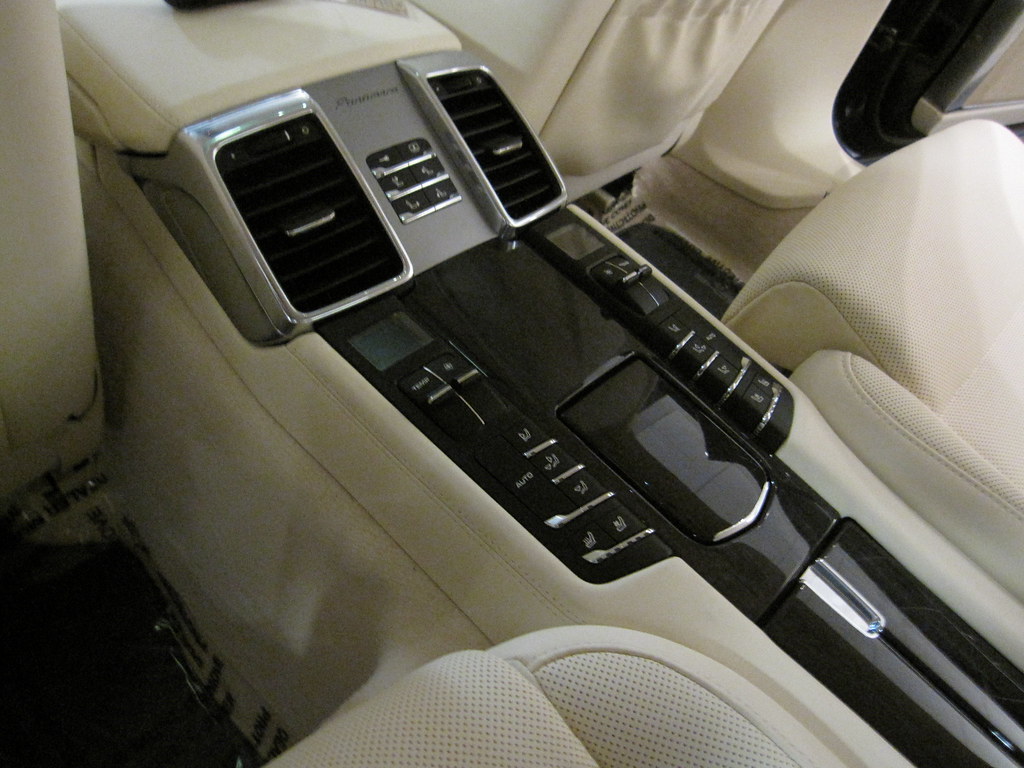 This shot of the rear console shows the optional 4-way climate control system. Each seat can have a completely different temperature! It’s stuff like this that can lead one to doubt the sporty nature of the Panamera… 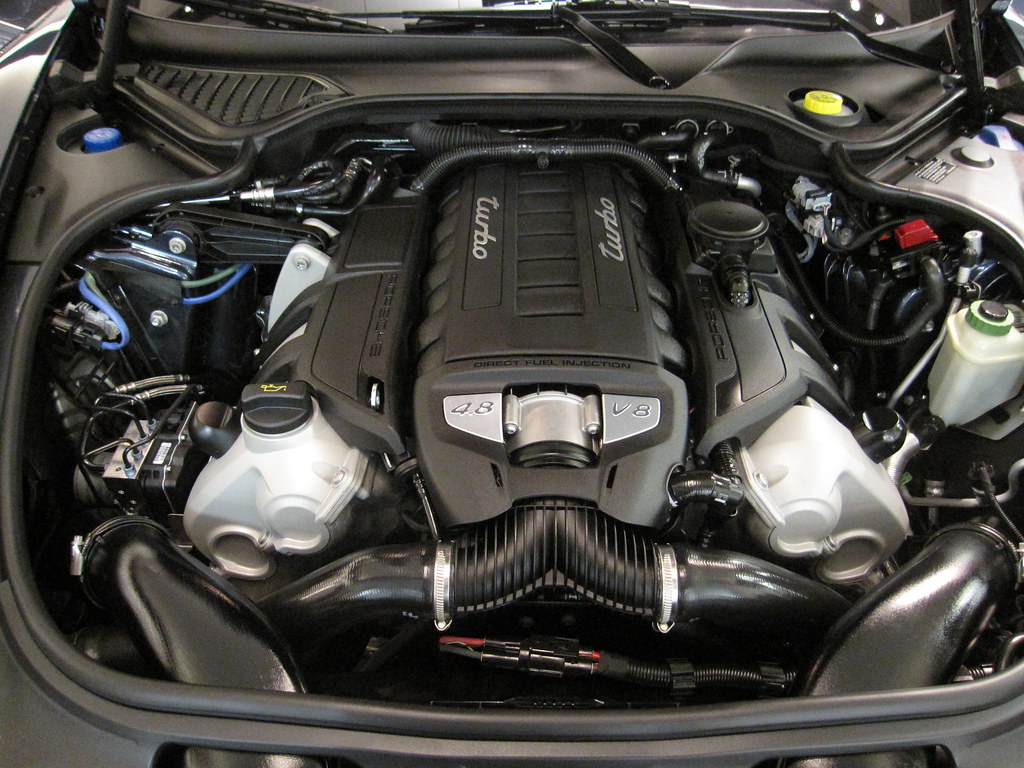 … But the beefy 4.8-liter twin-turbocharged V8 underneath the hood can pull its weight around…. And then some!

On their way out, guests received a wonderful parting gift from Porsche of the Village. As you can see from the pictures below, I picked up…. 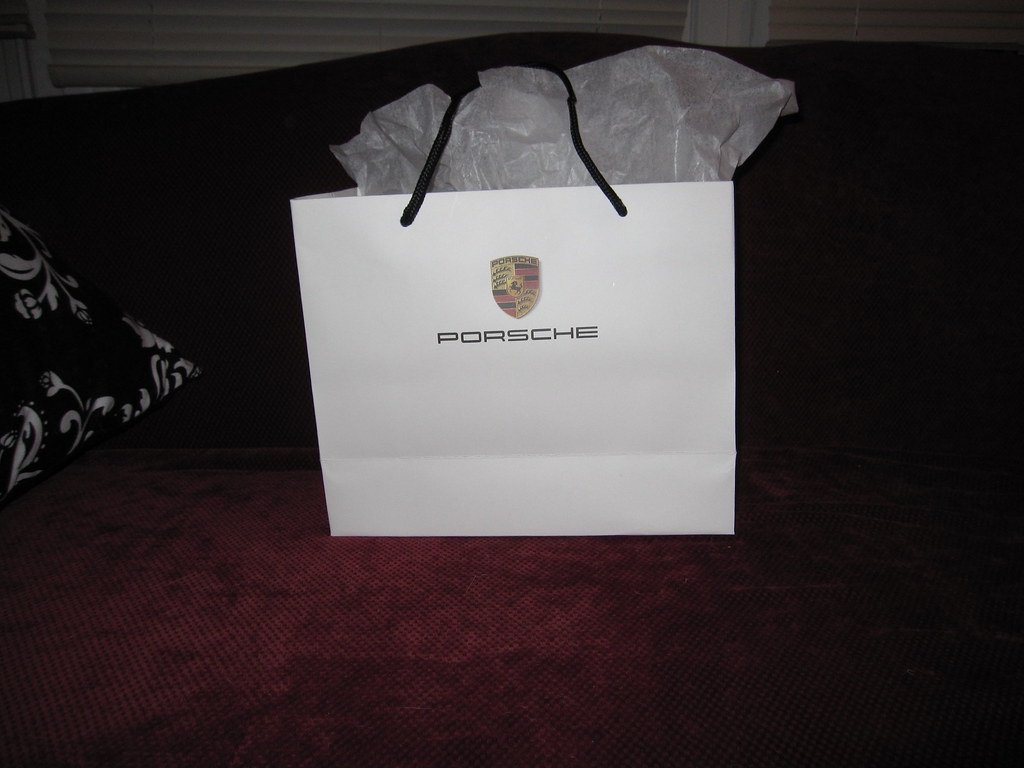 A bag! And inside the bag… 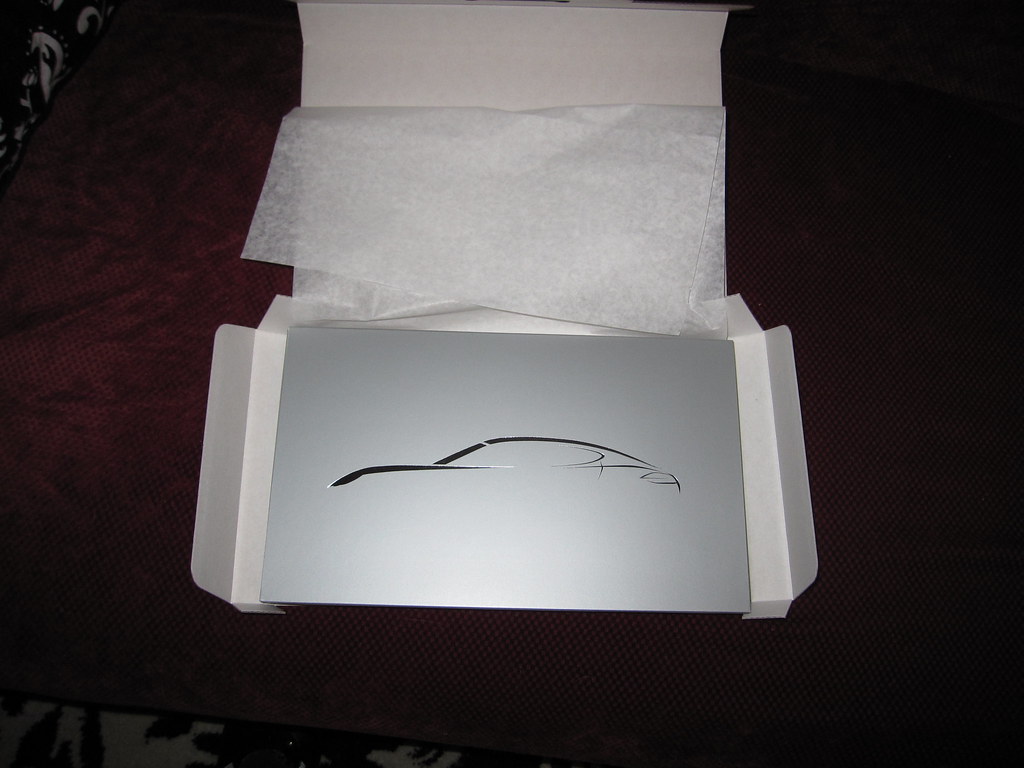 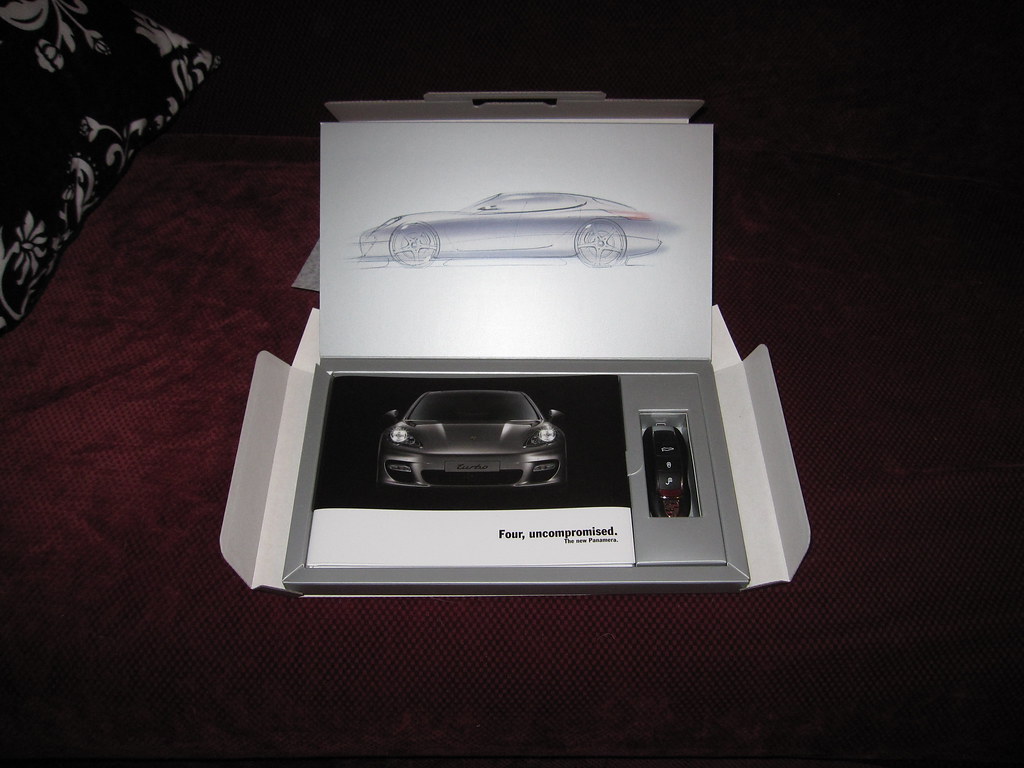 … A replica Panamera key fob that is actually a 1GB USB jump drive filled with Panamera paraphernalia, as well as a small booklet about the new exotic sport sedan! 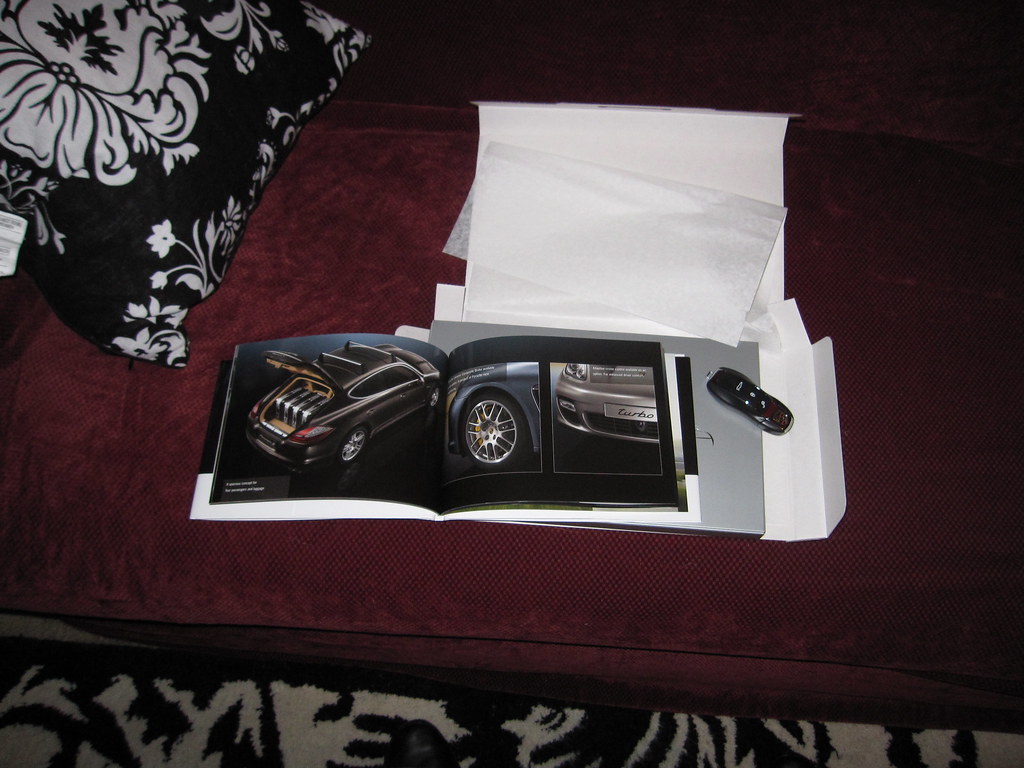 Overall, it was a great way to spend the evening! I will leave you all with a quote I found in one of the books Porsche released about the Panamera: “The purpose of traveling is to get to a destination; the purpose of driving is being on the road.” I have to wonder what kind of car consumers will identify the Panamera as – a traveler’s car, or a driver’s. Anyone who has driven the car, please feel free to offer your opinions!