Stuttgart-based firm Dannenhauer and Stauss built an unknown number of sporty coupes and convertibles from 1950 until 1957, pairing a few bits from Volkswagen and a few bits from Porsche with their own Reutter bodywork for a fun little sports machine. Some say the firm produced as many as 135 examples of the small sports car, but only about five of them were coupes as shown here. While this red example would originally have been fitted with a Volkswagen aircooled engine, many of the dozen or so remaining Dannenhauer & Stauss cars have been upfitted with a Porsche 356 engine. That Porsche engine matches the sporty good looks of the car much better, and makes it a truly desirable 1950s driving experience. If it’s good with 30 horsepower, it’s even better with 65, right? With the introduction of the Volkswagen Karmann Ghia sporty car model in 1955, the D&S couldn’t really compete at the price of a mass production company. The original price was 8,892 DM, which was significantly more than Volkswagen was charging for a similar, and likely higher quality, driving experience. 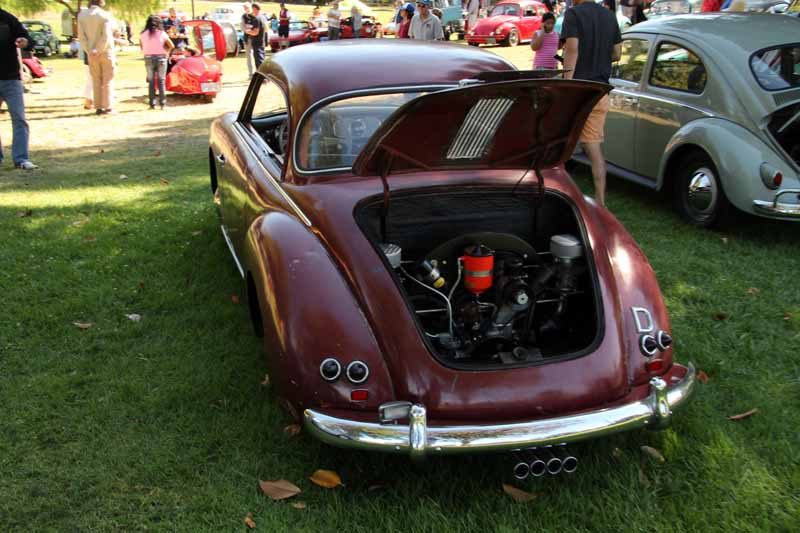 This is a truly unique piece of Porsche-adjacent car history that has been largely lost to time. Most Porsche enthusiasts have never heard of the car. Even I had not heard of it until I saw this very rare car at a NorCal aircooled show called NorCal Treffpunkt a few years ago. It’s spectacular, and you need to know about it.