Porsche and Jaguar have been vying for roughly the same segment of the sports car marketplace for as long as both brands have existed. Car Advice recently released a comparison of the F-Type and Boxster, which drew me backwards through the history of both brands’ entry-level sports cars. In recent months I’ve had the pleasure of driving several E-Types and one lovely 356 Cabriolet, and I was struck by how similar Car Advice’s conclusions about the modern cars were to mine about their ancestors.

Car Advice found a lot to like about both the Jaguar and the Boxster. The Boxster was “clinical” but ergonomically superior and better balanced. The Jag was arguably better looking, and irrefutably louder. The flyweight Porsche tipped the scales at 400kg (~880lbs) lighter than the Jaguar, and that weight savings showed in the way the cars behaved. Both testers commented on the relative girth of the Jaguar, which fully loaded can weigh as much as 3,800lbs. Car Advice brought the old Boxster and the F-Type together once before back in 2013.

Back in the early 1990s the Porsche 968 and the Jaguar XJ-S occupied very similar positions in the market, mostly thanks to similar pricing. Mass-challenged even then, the V12 powered XJS would have weighed about the same as a loaded F-Type, around 3,900lbs. The 968, while a porker by Porsche standards for the day weighed about 3,100lbs, giving the pair a similar weight difference to their modern counterparts. The V12-powered Jag gave just 30-horsepower more than the four cylinder 968, with peak power figures of 267 and 237 horsepower respectively. 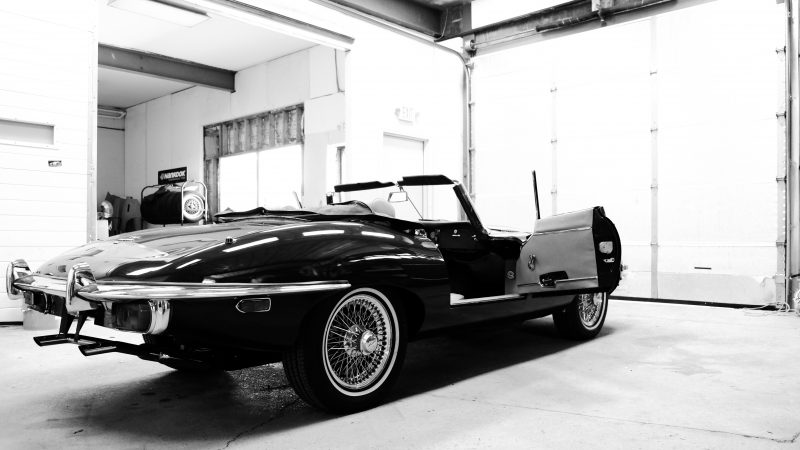 I’m a lucky guy. I spend a lot of time around classic cars, and because of this I get to drive a fair number of them that are rare, significant, or just plain interesting. Even as a Porsche-phile the E-Type was all three. Very few cars of the 1960s have as large or as bright of a halo as the E-Type, and getting to drive it was like meeting a childhood hero. Make no mistake, even by modern standards the E-Type is still a fast car. With a 265 horsepower, triple-SU fed inline six motivating around 2,800 lbs, it still feels very quick on the road. When new this was the fastest car on the planet, and in an era of 300 horsepower V6 Mustangs it’s easy to forget that. Like its modern counterpart, the Jaguars were not lacking for power, but were somewhat lacking dynamically. The brakes, while effective, felt wooden. The steering was fairly direct, though the car gave the impression that it wanted to run more than dance. Of course, a lot can be forgiven when you feel as cool as you do in an E-Type. Like the Boxster, the 356 felt lithe and nimble. The steering was light and direct, and the car changed direction beautifully. This example was updated with disc brakes from a 356C, and stopped like a modern car. Unlike the similarly Flat-Four powered Boxster S, which is a properly quick car, this 75 horsepower 356 was not at all fast by modern standards. That said, it was perfectly happy keeping up with traffic, and could manage a whole lot more besides with a heavy right foot and an involved driver.

While Car Advice addressed the most current permutation of this rivalry across decades, it’s important to remember where both cars came from. Certainly both brands are better for their long history and competition.