Porsche announced last night that they would be showing off their pair of World Endurance Championship Racers at the Geneva Motor Show starting on the 4th of March. One day early, images of the cars have been leaked, and we have them here for you to enjoy and scrutinize. While the photos don’t show an iconic livery like Martini or Gulf, nor do they showcase a major sponsor like Red Bull, they do show a simple and attractive style, working well on either of Porsche’s LMP and GTE competitors. These images have not been confirmed by Porsche, but we’ve heard from reliable sources, that the four-car Porsche motorsport team livery is a cohesive single design that will spell something out when the cars are lined up together and viewed from the top. [Edit: A third photo has been leaked that sheds some light on this theory, and this new photo has been posted at the bottom of the page.] 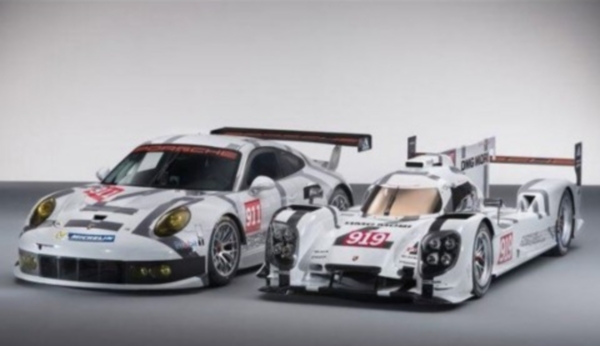 While the liveries have been launched, we still do not expect the 919 to be in its final aerodynamic configuration. Numerous rumors are circulating that Porsche has designed the chassis shown specifically for suspension, engine, and hybrid system testing, while the final iteration 919 Hybrid will have distinctly different bodywork. What shows up in Geneva may be a wholesale different car from what arrives for the first race at Silverstone. 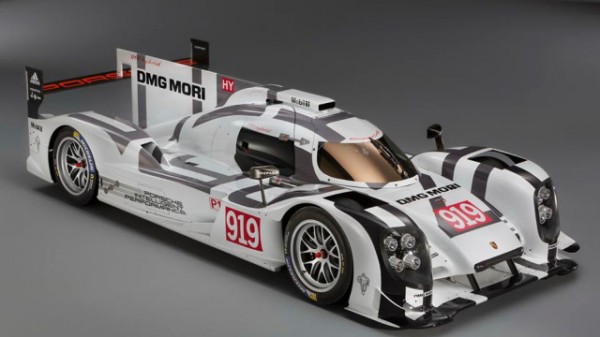 The most important things to take away from this pre-launch photo is that Porsche has managed to snag a couple more major sponsors in the form of DMG MORI SEIKI AG and Chopard watches. As usual, Porsche has chosen to align themselves with companies that are known for precision and quality.

Chopard and Porsche are a well suited match, as the Swiss timepiece makers continue to be run by the Chopard family, and they are dedicated to excellence in a very similar fashion. The Chopard insignia will be displayed on all four Porsche works racing cars in the WEC as the official timing partner to Porsche Motorsport.

DMG MORI is an interesting addition, and likely a strategic one. DMG MORI is a manufacturer of precision machining equipment. Much like Porsche, they take great pride in their machines being the very best in the marketplace. With a full complement of milling, turning, and grinding machines, DMG has surely assisted Porsche by supplying the level of quality needed to produce a Le Mans race winner. Other Porsche Blog Posts You Will Enjoy
Video: Porsche Motorsport At Daytona
Porsche Takes On The WEC And Le Mans With Four Factory Cars
Porsche Partners With Companies That Specialize In Beer, Batteries, and Bearings