Today in France, a new generation of Porsche LMP1 was launched, turning its first public laps at the Paul Ricard test circuit for the “Le Mans Prologue” pre-season test. In what is a shock to absolutely nobody, Porsche’s new car is a significant change from last year’s car. They have increased to the highest “8 Megajoule” category of LMP1, allowing them to harvest and deploy more energy per lap from their hybrid system. While the 500 horsepower 2.0 liter V4 Turbocharged engine remains largely a carryover from last year’s efforts, the chassis and aerodynamic package are all new. According to Porsche, the car is now lighter, stiffer, more robust, and more aero efficient, thanks to the lessons the team learned in 2014. While Porsche will have two 919 Hybrids competing for the entire season of the World Endurance Championship, they will field a third car at the second round at Spa Francorchamps, and the third round at the Circuit de la Sarthe for the 24 Hours of Le Mans. For non-Le Mans events, the cars will carry the same livery as they did last year, the now universal “Porsche Intelligent Performance” white with grey lettering. However, specifically for the 24-hour event, the team will show the three cars in the same livery, but with three different colors. The #17 car will be presented in red, as an homage to the 917 Kurzheck “Salzburg” that won the marque’s first overall Le Mans title back in 1970. In a further note on the number, in 2015 at Le Mans, Porsche will be angling for their 17th overall victory. It certainly would be exciting if the #17 won that honor, would it not? It is further interesting to note that the #17 car is also something of a ‘KH’, carrying a slightly shorter rear overhang, and likely a bit more aero downforce. 919 Hybrid #17 will be driven throughout the season by Bernhard, Hartley, and Webber.

The #18 car will be presented in gorgeous black livery. The 18 designation is mentioned to be a connection to the production 918 Spyder, giving the road car division and the motorsport division a commonality in their “hybrid drive” system. They also mention that the 918 Spyder used to break the production car record at the Nurburgring was also black, but I think that’s a bit of a stretch to connect the two. The #18 car will be piloted by Mark Lieb, Romain Dumas, and Neel Jani. The #19 car will compete at Le Mans in the standard white livery that it will carry for the entire season. I must admit, this is my least favorite color of the three. The #19 is stated to be painted in white as this is the traditional color of German racing cars. It also connects the 919 Hybrid visually to the pair of 911 RSR cars which will be running the same livery in the GTE Pro category. This car will be driven by Nick Tandy, newcomer Earl Bamber, and Formula 1 driver Nico Hulkenburg. This is a very interesting lineup. Wolfgang Hatz, board member for research and development at Porsche AG

“The LMP1 programme at Porsche focuses on extensively networked cooperation between the engineers who work on our innovative drive system concept. This sets us apart from the competition and we plan to grow even stronger in this segment. To this end, we need substantial expertise within the company. The tremendous pressure to perform in the top LMP1 category means our development specialists for production cars learn a lot in a very short time. On the other hand, young engineers receive top-quality training at turbo speed, and this knowledge can later be applied very effectively in series production. Learning from the race track for everyday roads is a tradition at Porsche. Therefore it makes perfect sense to create at least a partial link between our Le Mans prototypes and our motor racing history by means of the colours we use.” 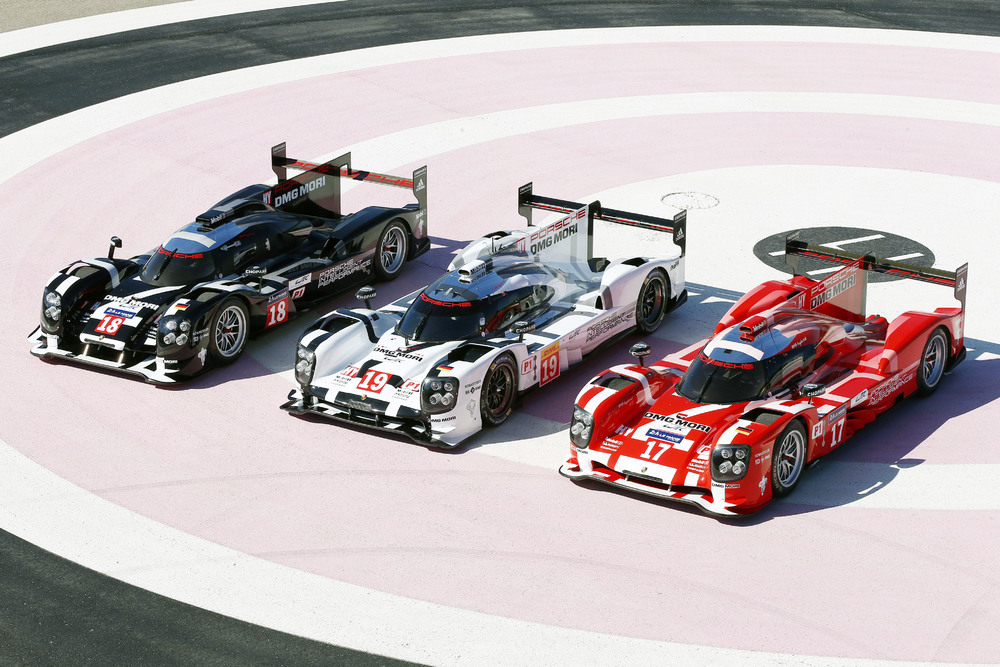 “Everyone in the team is looking forward excitedly to our second season. We drove the new Porsche 919 Hybrid over a total of 26,675 lonely test kilometres at four different race tracks. Now, we’re very much looking forward to meeting the entire FIA WEC field during the prologue here at Paul Ricard.”