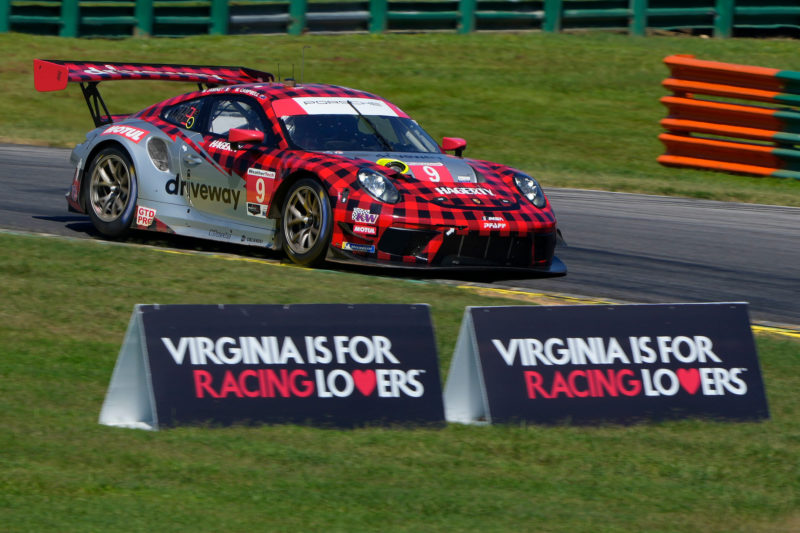 The penultimate round of the 2022 IMSA WeatherTech Sportscar Championship was contested this weekend, and Porsche put in another strong, but hardly dominant, performance to take the victory. This marks the Pfaff Motorsports team’s fifth IMSA win this season, including the 24 Hours of Daytona to kick off this season, and sets up the team for a fairly easy cruise to the championship win at Petit Le Mans in October. Depending on how many GTD Pro cars actually arrive to race at Petit, the plaid Porsche could just need to take the green flag at the start of the race to clinch its second championship in as many years, following its GTD victory in 2021 with a move up to GTD Pro in 2022. The car is currently 265 points clear of its nearest competitor, the Corvette team. It’s fair to say that Matt Campbell and Mathieu Jaminet are the class of the field this year, and they have put in some stellar speed and strategy runs this year. This round in Virginia was perhaps among the most impressive. After qualifying third on the grid, the Pfaff car spent much of the first half of the 2-hours-45-minutes race dicing near the front, but didn’t take the lead until about the final ninety minutes, largely due to pit stop offsets. At the final pit stop, the Pfaff team decided to only install a set of rear tires instead of all four like some of the competition. Add in a tank of fuel and the car was back out for the final hour on an extra tight fuel-saving run to the checkered flag. By managing to keep the car out of trouble for the full race, and keeping the car just barely ahead of the Corvette team at the checkered flag, the car made it to the end without running out of dino juice. Thankfully the car waited until the cooldown lap to sputter to a stop. It doesn’t really get much closer than that. Sounds like someone did their sums perfectly. It has been said among those who know that the Pfaff team will be moving to LMDh next season, sticking with Porsche. While that hasn’t yet been announced publicly, we certainly hope it is true. This is a team that knows how to manage strategy, and clearly meshes well with Porsche’s factory driver squad. Bring on 2023!