Gathered at Laguna Seca for the group test, there was a section of road driving, a section of track driving, and a section judged purely on paper results.  A journalist friend of mine recently stated that the 2013 C4S had “ruined her for other cars”, which is pretty high praise.  The good folks at MT stated that driving the C4S was “like the difference between writing in cursive and printing”, and that “it urges you to beat on it”.  Ed Loh even went so far as to call the car “The most unstoppable, confidence-inspiring vehicle I’ve driven yet.”

As if you needed more proof that the new 991 is the best 911 yet, just look at the lap times.  Around Laguna Seca, this year’s C4S test car produced a 1:39.19, which is more than a tenth faster than last years C2S.  As if that weren’t enough, the C4S is almost half a second per lap quicker than the GT3 that MotorTrend tested in 2007.  Half a second is the kind of time that racing teams pay millions of dollars to find.  Impressive, to say the least.

After having beat out some of the best cars on the planet for the title, it is obvious that the 991 is a true contender, and can really be considered a 911.  For the so-called “purists” who would eschew the 991 as something less than deserving of the Carrera name, you need to do little more than drive one. 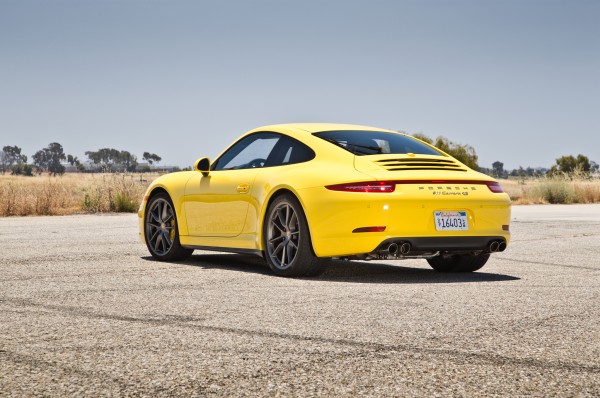