Introduced today at the Los Angeles Auto Show both Boxster and Cayman models received more than mere cosmetic changes. As anticipated, both cars gained power over their predecessors. Additional improvements to fuel economy and performance can be attributed to the seven-speed Porsche Doppelkupplungsgetriebe or PDK (double clutch to you and me).

Porsche’s “basic” Boxster develops 255 bhp while its big brother the Cayman received 265 bhp (an increase of 10 and 20 horsepower, respectively, over their predecessors).

Don’t think Porsche and “base model” should appear in the same sentence? Never fear, Porsche knows how to market and the S trim versions of both units are proof of that. Benefiting from a 3.4 litre power plant producing 310 bhp in the Boxster S and 320 bhp in the Cayman S (up by 15 and 25 bhp respectively) Porsche attributes the increased performance to the new Direct Fuel Injection system that is standard on both S models. Extremely surprising to me are the close to 911 like numbers claimed by the the Cayman S with PDK (yes it’s now available on all four models as an option) and the Sports Chrono Package, zero to sixty in just 4.9 seconds. Hmmmm…….

While the acceleration numbers for the Cayman are hard to ignore, just as impressive are the claimed fuel economy numbers. According to Porsche, both the Boxster and the Cayman will consume 11% and 16% less fuel than last year’s similarly equipped model with Tiptronic transmissions. A new suspension, bigger wheels (with a new design) and better braking from the latest generation of the Porsche Stability Management complete the mechanical upgrades to Porsche’s mid-engined marvels. 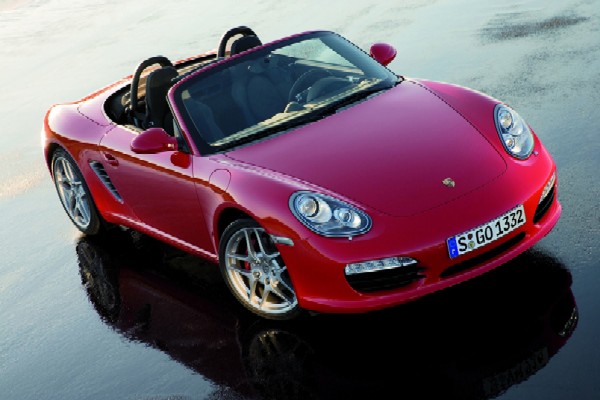 Cosmetic changes include new halogen headlights with integrated direction indicators, new LED rear lights and distinctively different air intake designs between the roadster and coupe. From the rear the cosmetic differences are noticed by new diffuser inserts on the Boxster and a wind deflector plate on the Cayman. For the first time both models are available with a Lights Package featuring bi-xenon headlights, dynamic curve lights and LED daytime driving lights. 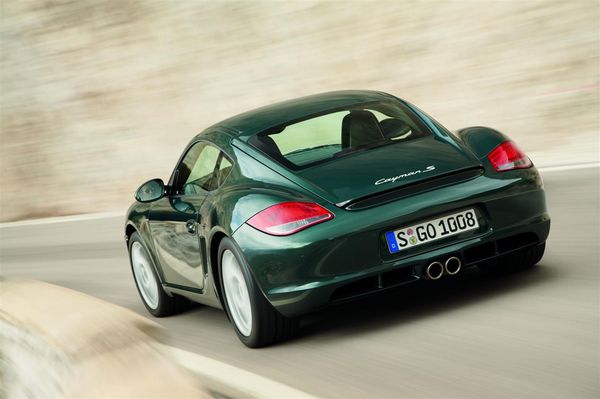 Be sure to check out this lovely video Porsche supplied us with. Gotta love those revs.