I want to begin by mentioning that I purchased this book over a year ago ahead of the 2016 holiday season, and it just arrived at my doorstep yesterday. Even after all that wait, it must be said that it was well worth it once the book was in my hands. Dwight Knowlton has knocked the ball straight out of the park with his third children’s book (following Little Red Racing Car & The Greatest Race). It wouldn’t be entirely out of place to call this his best book thus far. Besides, it’s the only one of the three with a Porsche on the cover. 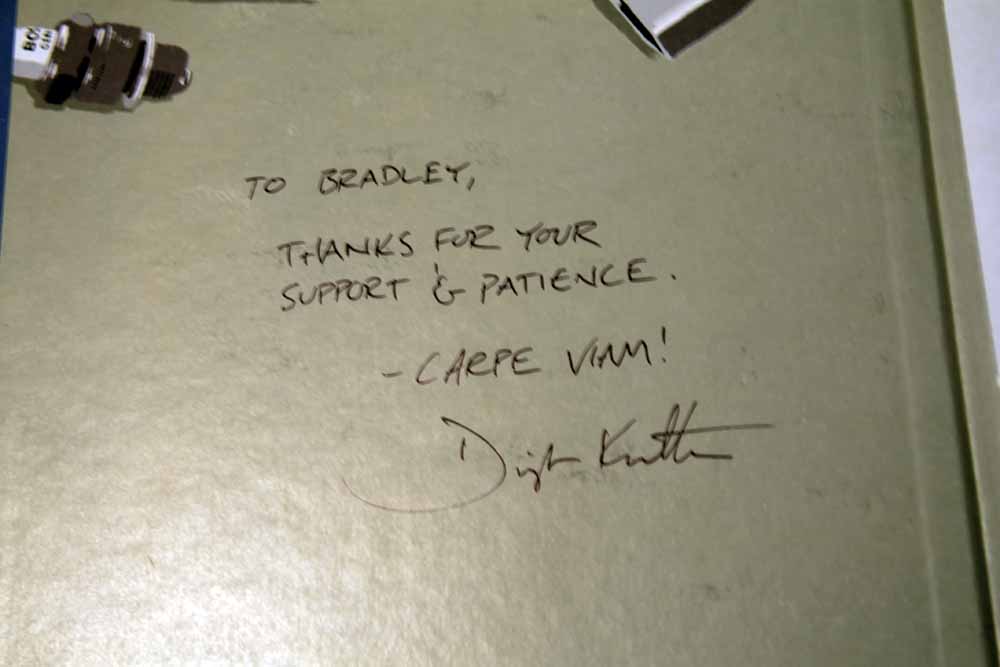 Through this small community, I’ve come to know Dwight, and he’s a stellar stand-up kind of guy. While his work speaks for itself, the guy is an extension of the values he preaches in his books. The Small Silver Speedster is a quality family story set in the early 1950s, and focuses on the relationship between a father and his young daughter. The plot was largely inspired by the Knowltons having a daughter of their own. I bought this copy and a second to give, both inscribed. You can get your own copy, starting at $21.99, by visiting CarpeGear.com. The books are now in stock and should ship immediately. This would make a great gift for the holiday season. The pair embark on an epic journey with a motorsport twist. The titular silver Speedster is purchased from Max Hoffman’s New York dealership. You can see in the above illustration the Porsche once rode on famous Frank Lloyd Wright-designed showroom turntable display. Details like this are what make this book truly special. After leaving the dealership, the father and daughter briefly meet famed racing driver Denise McCluggage, holding her famous polka-dotted racing helmet. She plays an integral part to the story, and provides the main characters with some excellent advice. They then road-trip the Speedster across the US in order to race in California, where the real action was in those days. An illustration like the one above appears simple enough at first, but when you start paying attention to the details, it’s startling to see how accurate this is. You can see the holes in the front trunk lid from where the hood handle had been removed (and is sitting off to the side in a pile of discarded parts). You can see the engine compartment. You can spy some of the 1950s hot-rodder tricks used to prepare this Speedster for weekend sports purpose. The book splits its focus between the father-daughter relationship and their shared relationship with the Porsche. I know Dwight was particularly proud of this illustration, and I can see why. It’s touching and inspiring. I won’t give away the rest of the plot, but just know that there are some trials and tribulations to deal with, and the moral of the story is a good one to pass on to your own kids. If you aren’t already, get your kids involved in your Porsche passion if you can. Don’t force it if they aren’t interested in helping, but if they find it fun that could be a parental bond you wouldn’t otherwise have had. Spend the time, put in the work, and raise another Porsche fanatic if you can. The world needs more car folks, and this book is a good start.