I bet that headline gets your attention! No, it’s not what you think. Yes, we all know the Cayenne SUV from Porsche but, what about the AMPV 2a?

At present, the consortium is concentrating on the 9.3-ton AMPV 2a. Designed to be transported by a C-160 (a really, really big transport airplane) and to withstand a 100-kg improvised explosive device (IED) blast at five meters, as well as offering ballistic, mine, and nuclear, biological and chemical protection. The AMPV 2a has a self-supporting safety cell initially designed for add-on mine and IED protection. Production is planned for 2011 with testing taking place over the next few years.

With the help of the Porsche Design Group the AMPV was created for the German Armed Forces, by the consortium, but could be sold to foreign (maybe the US?) governments as well. I don’t know about you, but if I had the choice between a Porsche Designed vehicle or a GM one (Hummer is now owned by GM) I would take the Porsche designed one hands down. 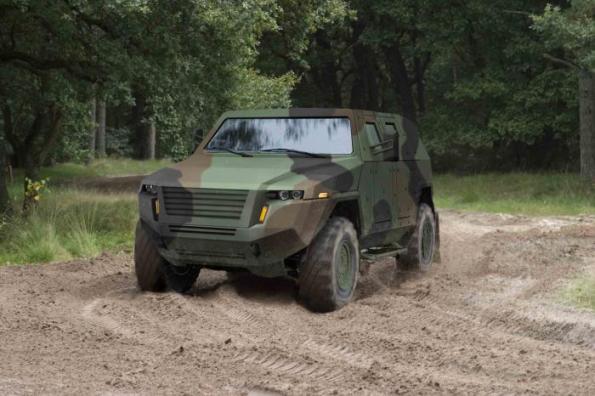 This isn’t the first foray into the military for Porsche. Some of you may remember the Porsche Designed Kübelwagen that I wrote about a few months ago. In addition, Porsche assisted in the designing of the Tiger tank series and the Elefant tank that were the staples of the German army during World War II.

Other Porsche Blog Posts You Will Enjoy
Is Your Porsche Ready for the Zombie Apocalypse? This Cayenne is!
Armored and Weaponized Porsche Cayenne from IAC and Red Jacket Firearm
Russian SWAT Team Attacks the Wrong Porsche Cayenne