The man in charge of Porsche’s 911 projects, August Achleitner, calls the 911 ‘the heart of the company’, and now the company is getting a new heart with the introduction of the 992 generation 911. The Porsche seen above, still in pre-production camouflage, is a nearly production ready 992, which we should see fully unmasked soon. From this angle, the 992 looks basically the same as the 991.2 car that is currently on dealer lots. The front fascia has been modified a bit, but the greenhouse and body shape appear mostly unchanged. Rather than a properly new car, this appears to be largely a reskin, similar to the change from 996 to 997. That minuscule and gradual change is one of the bigger reasons for the 911’s longevity. 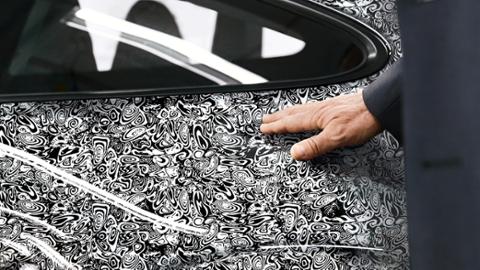 “The decisive factor is that the 911 generates a driving feeling that no other car can impart.”

The model line has been uninterrupted since the early 1960s, and has largely been held in high regard for its entire run. It’s entirely possible that people have continued to love the 911 because it was a great car when it was introduced, and change has been meted out relatively slowly with each subsequent generation making evolutionary steps forward, rather than revolutionary. Sure, the 911 of today is a wildly different from the 901 of 1963, but the two cars share much of the same ethos, and accomplish much of the same thing in their era. They’re as sporty as they come, while still comfortable and reliable enough to be pushed into daily service. The 911 has always been a single-car solution for someone who needs a daily driver, but wants something to rely on for occasional track or backroad caning. We expect the same turbocharged engines to carry over from the 991.2 to the 992, though the addition of a hybrid model is a possibility. Expect the inside of the 992 to adopt the same large-display center stack and digital gauge cluster that the Cayenne and Panamera have pioneered. These are the kinds of gradual changes that Porsche has become known for, and will ensure the 911 continues to be an amazing sports car that continues to punch above its weight class.