Over a decade ago, the first 912 Rendezvous was held in the tiny German-style town of Solvang, California. That first crew of 912 owners decided on Solvang because the organizers didn’t think the average 912 would be capable of a drive any further north from Los Angeles. Back then the 912 Registry barely existed as a group, it was just a ragtag group of Southern Californians. This year nearly a hundred flat-fours convened for the festivities, and I was among them in my 1976 Porsche 912E. My own car was, far and away, the rattiest car in attendance. Apparently the level of care for 912s has grown exponentially.

Here’s how it went down. 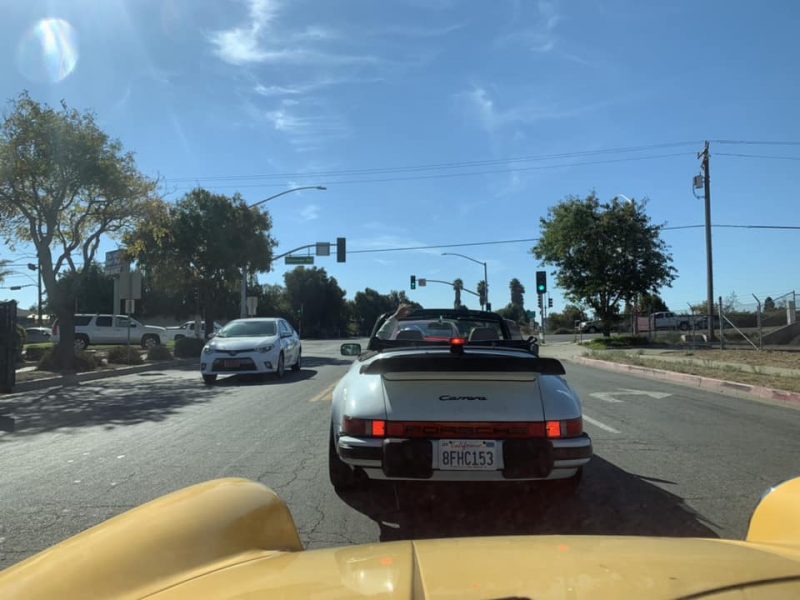 The multi-day festival began on Thursday with a pair of drives, one from the north and one from the south, organized to get everyone to Solvang. I arrived too late for the drives, having come from Reno, Nevada, but from the sounds of things, they were a blast. Given that I had to leave well before sunrise, I was a bit exhausted after 9 hours in the saddle, but my little Talbot Yellow machine and I made it to the event without a scratch. 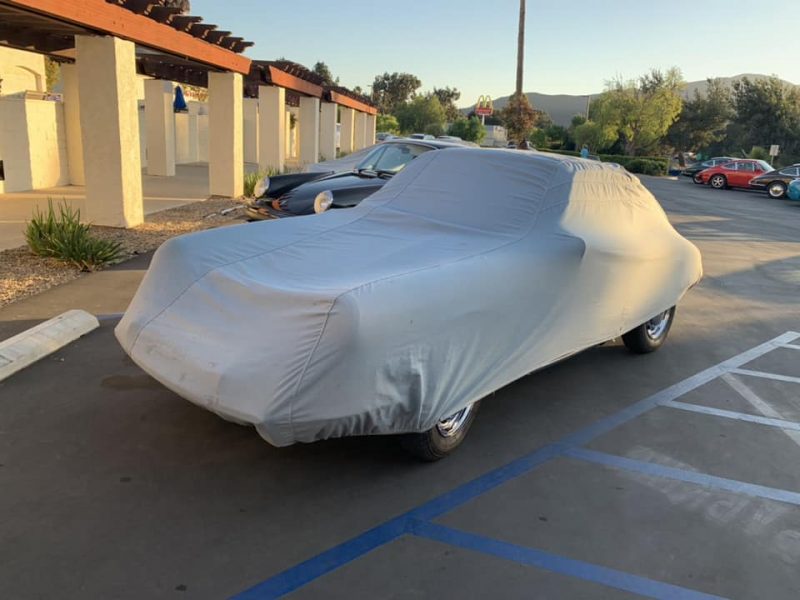 With the cars already tucked in for the evening, we had a lovely welcome dinner with a slideshow of photos from all of the past Rendezvous. 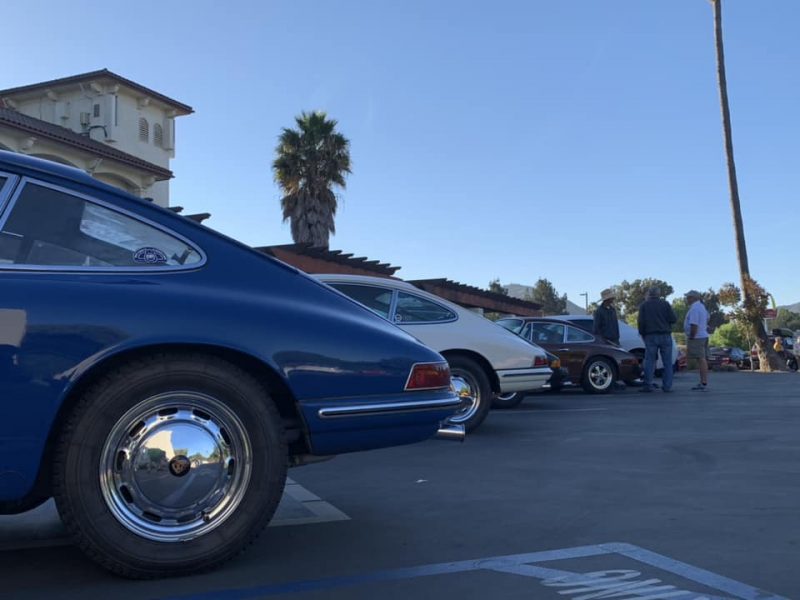 The next morning, it was time for another day of driving. Some spectacular views and even better driving roads were planned for the surrounding area. The first canyon road was bumpier than most of these cars had ever experienced, but the remainder of the day went quite well on that front. 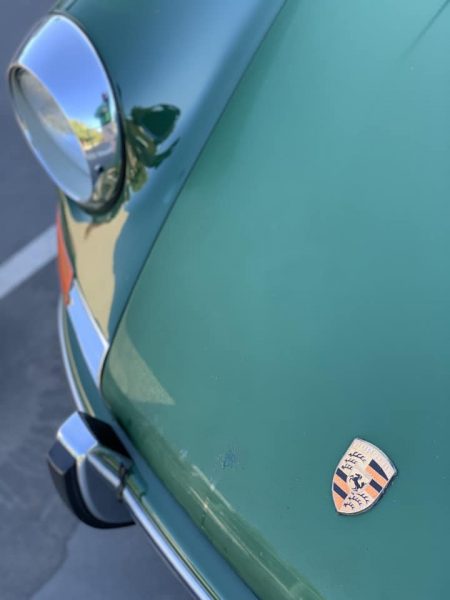 My 912E wasn’t the only fuel-injected model from 1976. In fact there were three more. 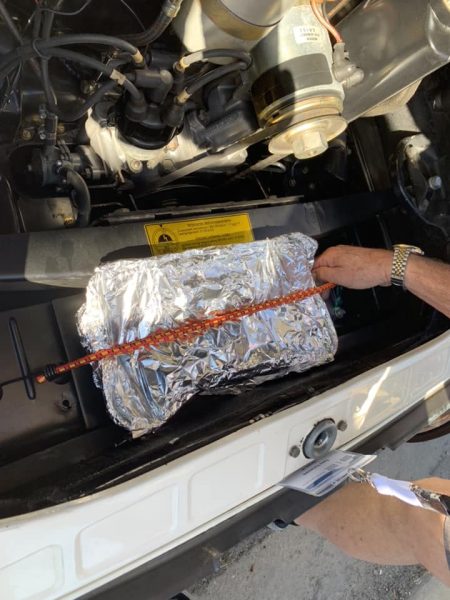 One intrepid driver used his engine compartment to re-heat some chicken on the drive for sandwiches made at the lunch stop. Genius. 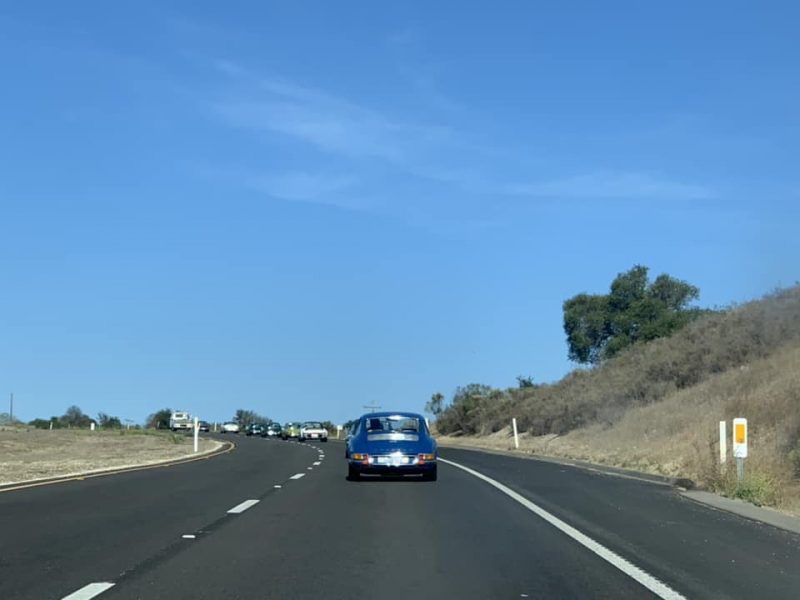 The snake of flat-four-powered Porsches wound north, then east, then back south again to near the point we started from. Our destination was the Kohler Winery, where we enjoyed a prepared cold-cuts sandwich lunch. While we would never condone drinking and driving, there may have been a few people drinking a glass of a nice Shiraz. The winery was also a full farm with Emu. Weird looking birds. And then Saturday morning, the driving gave way to a car show in the center of Solvang. The show went about as can be expected when nearly 100 old cars charge into town and take over a parking lot in the center of a tourist town. We were inundated with gawking traffic and pedestrians and people taking selfies with 912s. It was an excellent time for all involved. The entrants and public both enjoyed the cars for a few hours, and we all had a good time.

For classification purposes, the cars were split into their individual years, and there were extra classes for Outlaw, 912E, and Targa models. Awards were given to people in each class, as awarded by popular vote. The best-in-show award was given to Bud O’lea’s gorgeous example. I didn’t win anything, but I didn’t try very hard. My 912E hasn’t been washed in 24 months, and I’m not about to start now. These folks are in for a treat in 2019, because I’m the event chairperson next year. Get ready, it’s going to be a riot. I’m already excited.