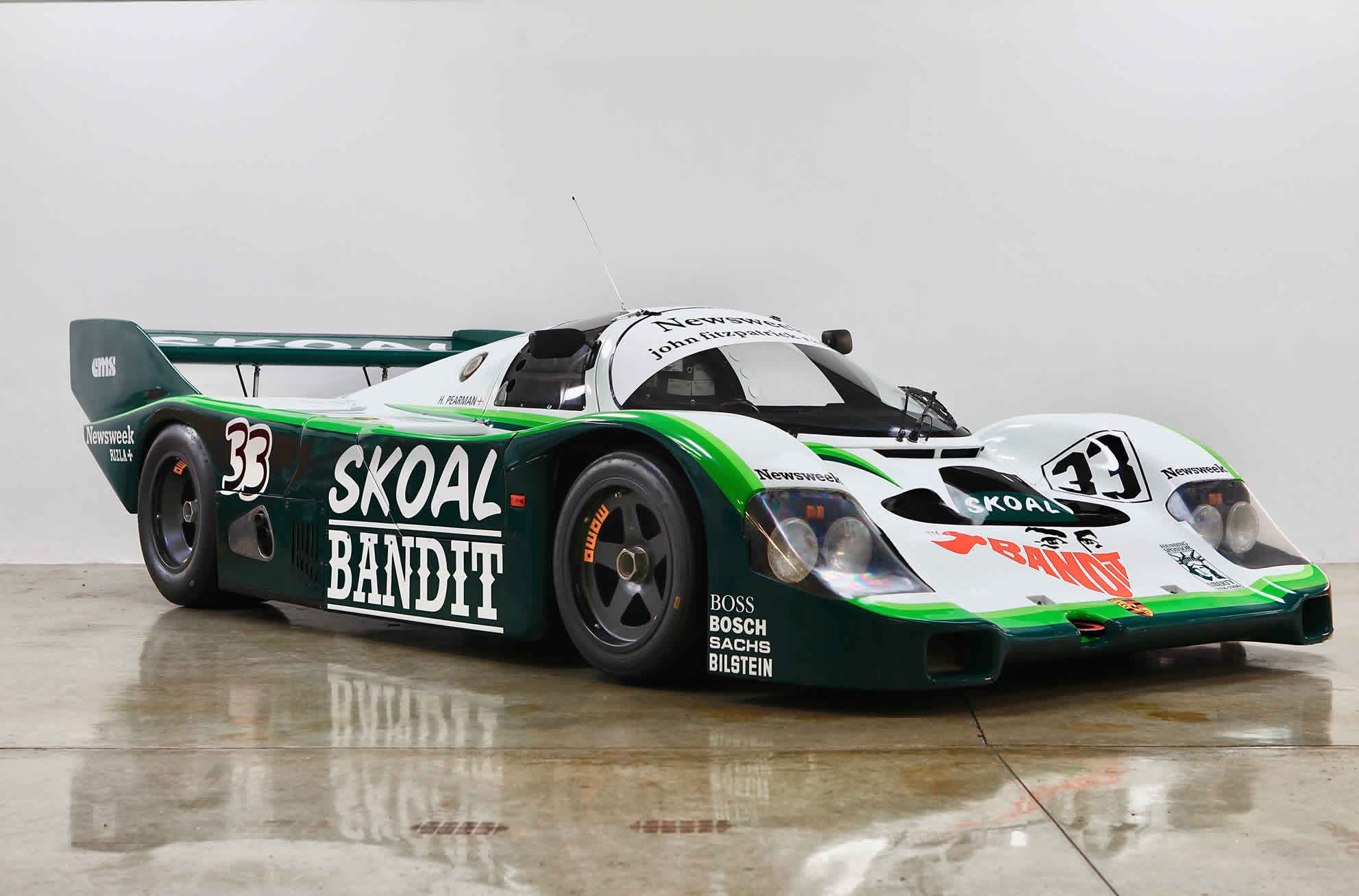 Simple, swooping, and covered in the logos of prominent tobacco companies, this gorgeous 956B is a picture of 1980s motorsport.

The 956B represented the first major step of modifications in a decade-long career. The one-piece underbody, revised suspension improved grip and handling, and the Bosch Motronic management improved economy and drivability. 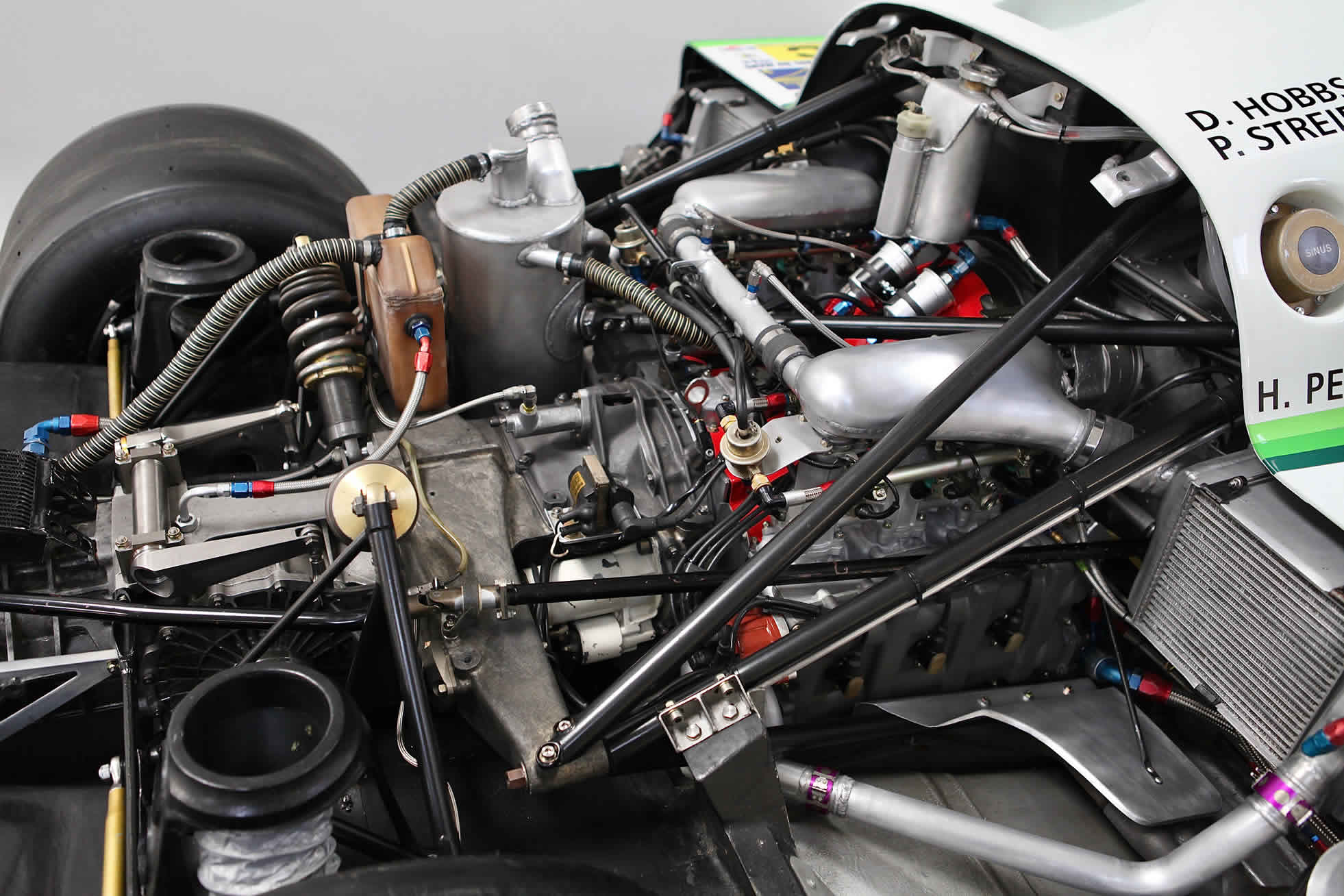 Four 956Bs were made for customers, and this is one of the three still around. Chassis #956-114 enjoyed a three-year career with plenty of time spent at the sharp end of the pack. This emerald stunner finished third, fourth, and fourth again at Le Mans in 1984, 1985, and 1986, respectively. Over twenty-seven races, it achieved one win, two seconds, three thirds, four fourth, and one fifth. 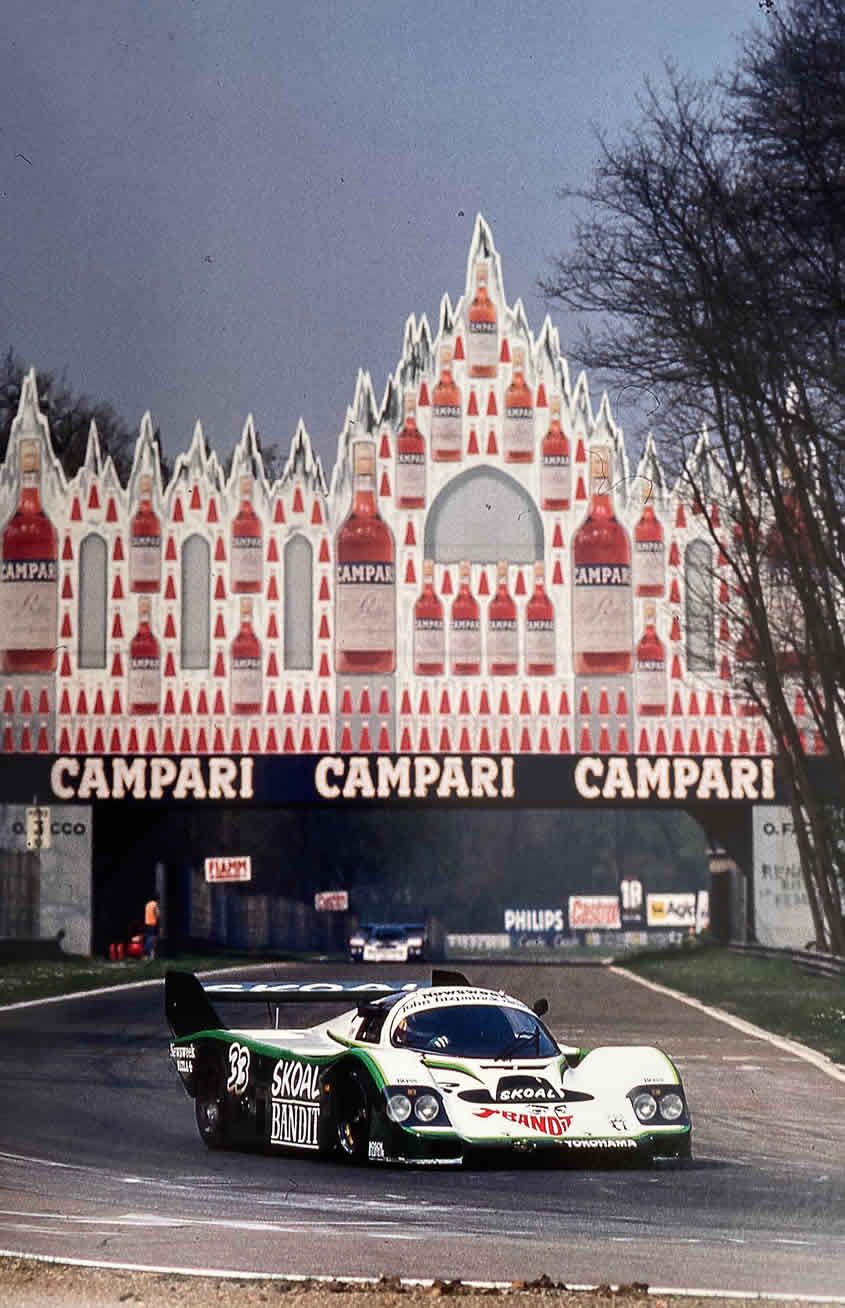 At Le Mans 1984, the team’s main difficulty in practice was an improperly installed camshaft. Despite the setback, David Hobbs qualified the car in an impressive sixth place. After a cautious start, Hobbs moved through the field to the point where, by nightfall, he’d taken the lead after the fastest Lancia was in the pits with broken suspension. 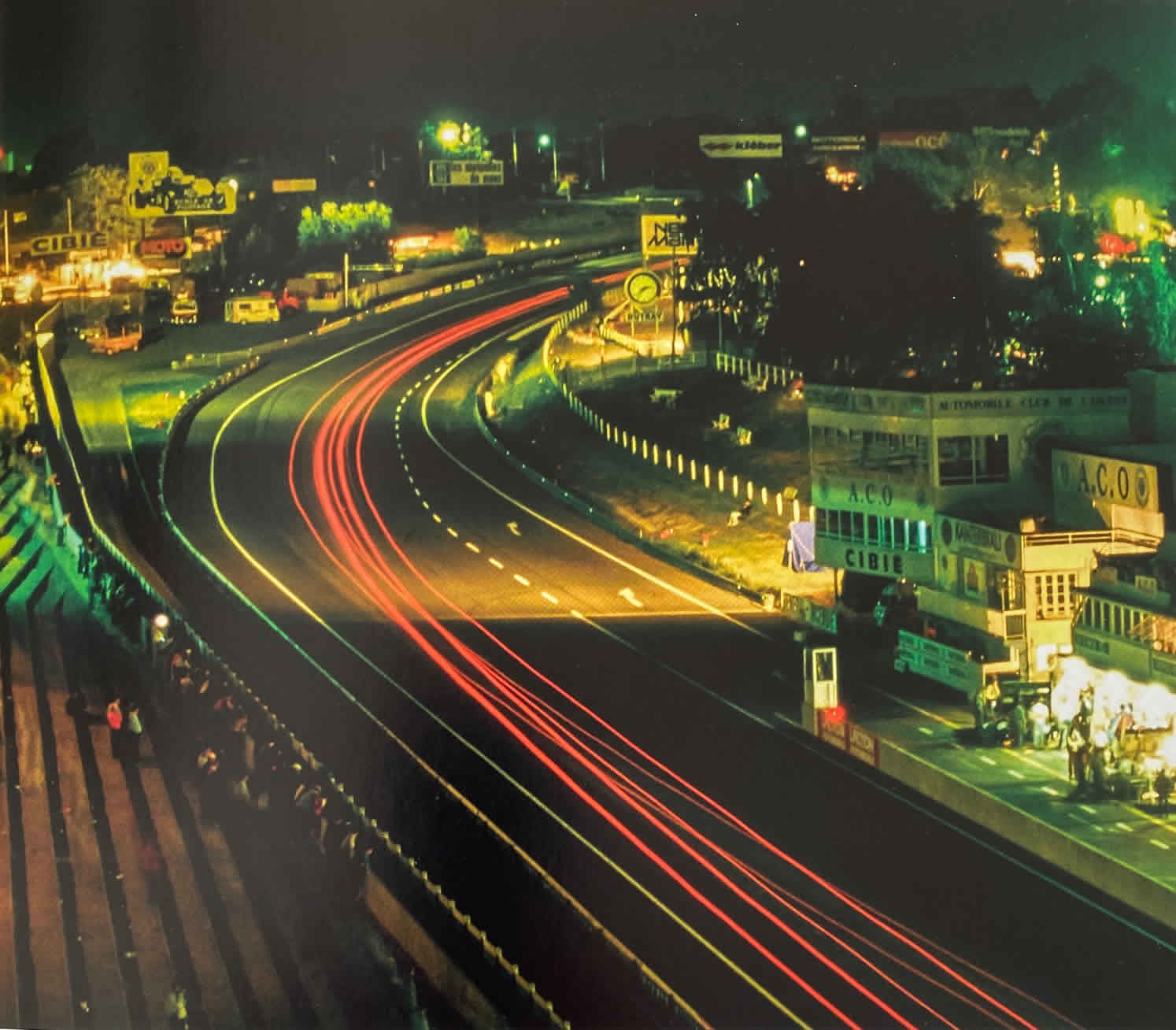 After a misfire diagnosed to to a burnt valve, the car ran on five cylinders for the remainder of the race. In the end, even in its compromised state, 956-114 came home in a well earned third place, behind the Porsche 956 of Preston Henn, Jean Rondeau, and John Paul Jr.; and the winning Joest Newman Porsche 956B of Henri Pescarlo and Klaus Ludwig. 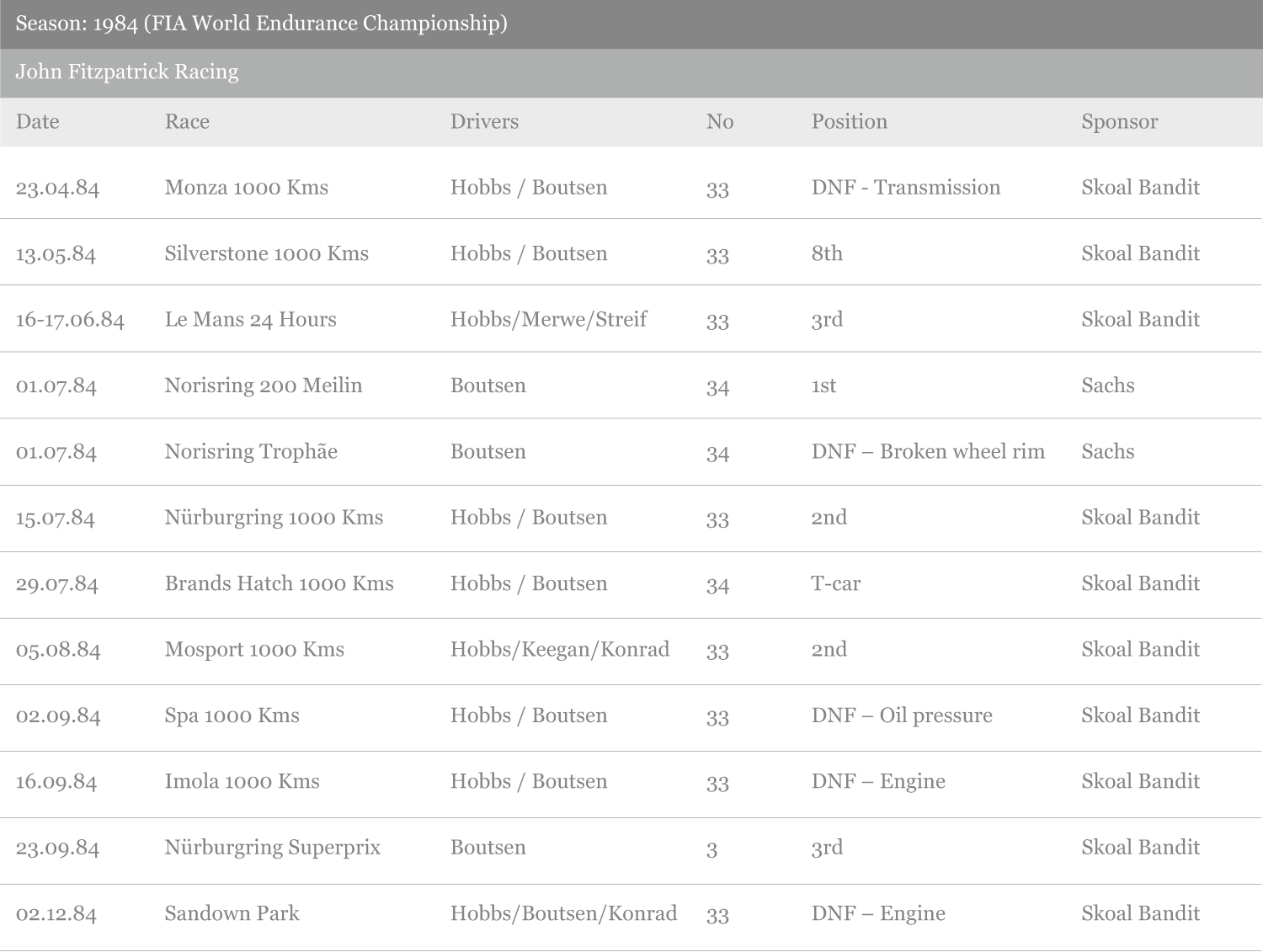 After the car was sold to Jochen Dauer in 1986, it wasn’t raced again due to the 956’s design being superceded by the safer 962. In trading hands over the subsequent three decades, it was raced in Historic Group C with fourteen class wins; four of them overall wins.

A comprehensive rebuild, relocation and installation of the original 2.65-liter engine, and a new coat of the original Skoal livery makes this an ideal purchase for the discerning collector.

For more information on the car, please visit its listing at Maxted-Page.