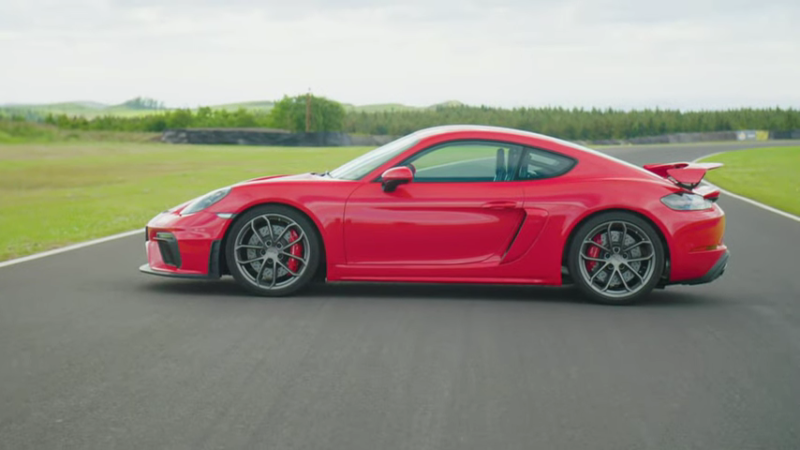 Smaller than a GT3, the GT4 is more easily placed on the road and track.

A motoring journalist worth their salt ought to verge on being salty. Fair judgement and an understanding of what a sports car should offer is what Dan Prosser brings to the table, and through his sharpened lens we learn how the quickest variants of the 718 lineup differ from their predecessors.

Since most YouTubers attention spans are limited and the cars are so similar, Prosser chose to drive the cars in the domains they’re better suited to, which revealed some interesting differences between the two. While Cayman GT4 showed more civility than its predecessor on the track, the Boxster Spyder was a harder, more focused machine for the country road. It seems the two are nearing a happy medium to keep the track rat pacified and the sunday driver excited.

Better for the Boulevards

The newest Cayman GT4 seems less of a skunkworks product this time around. Despite the rack losing some of its three-dimensional feel, it compensates with more composure and reassurance across cambers, pockmarks, and crests. At the end of the day, it’s still an incredibly accurate and intuitive car, but it pays for its poise with a loss in feel.

That is only one of the traits which helped this generation of the Cayman GT4 cover the Nurburgring twelve seconds faster than its forebear. Factor in less drag, more aerodynamic downforce, and a bit more power, it’s easy to see how a driver would feel confident pushing it hard on a varied and unforgiving track. It’s much friendlier at the edge of adhesion, thanks in part to a Porsche Torque Vectoring limited-slip differential which allows the driver to lean on the car. In short, it’s a more amenable car with better stats. For everyone but a hardened racing driver, that means its faster in most places.

Closer to the Right Compromise

Compromise might be the operative word with these two, since both still show a few shortcomings made in the name of everyday civility. Those frustratingly long gear ratios, a muted exhaust note, diminished steering feel, and a stowable top in the case of the Spyder mean that they’re not quite the hardcore motorsports product that they’re sometimes billed as. Few cars allow its driver to soak in the scenery while driving quickly as well as this one.

This might seem harsh considering the beauty and craftsmanship of these two gems, but a discerning judge helps make the the avid driver more informed and less frustrated. Let’s just be thankful these two didn’t hold on to the four-cylinder turbo.

Despite their shortcomings, it’s hard to argue with the obvious purpose on display here. For those who want a little more from their mid-range Porsche without spending GT3 money, these are alluring alternatives. Plus, with their mid-engine balance and comparatively lower power, they’re much more approachable for the hobbyist than the hotter-blooded GT3 is.