Dear reader, you may not be familiar with Jeromy Moore, Porsche’s newest LMP1 team acquisition, but you should be. He is, undoubtedly, one of the most successful driver engineers in the history of Australia’s V8 Supercars series. For over a decade Moore has been working in V8 Supercars, and most recently with the Triple Eight Race Engineering team as Craig Lowndes’ race engineer. Since 2003, Moore has helped Triple Eight win six (6) V8 Supercar Championships, 6 team championships, and 5 Bathurst 1000 titles. Needless to say, the team, and Moore, are no slouches in the world of automobile racing. Obviously, Moore is only a part of a larger team and didn’t win those titles all on his own. However, that impressive record shows he has a knack for getting a race to play out in his driver’s favor. Hopefully, that will translate to his work with Porsche. 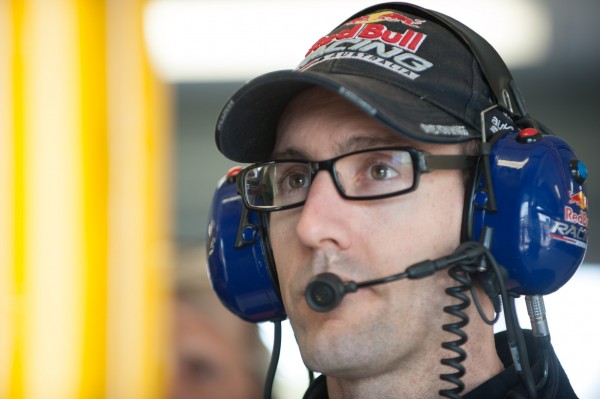 Moore was said to have been shopping his talents to various DTM teams over the off-season, in a bid to leave Australian motorsport for the larger pond of European motorsport. It would seem that instead of what many would dub a lateral move from V8s to DTM, he has jumped right into the deep end with Porsche’s LMP1 World Endurance Championship factory team. Whether his talents will translate from big, bumbling touring cars to an F1-quality team of carbon-tub hybrid, super-high-tech racing prototypes is yet to be seen, but hey, racing is racing, right?

I’m cautiously optimistic that Moore will assist Porsche toward more victories in the future. I have to assume that Porsche would not hire him if they were not confident in his abilities, but I also recognize that he’s never engineered a 24-hour race before, with the Bathurst 1000 (usually about 8-hours in length) as the longest race on the V8 Supercars calendar. Certainly he would have enough experience to handle the 6-hour races on the WEC calendar, but it remains to be seen how he will handle the stresses of the Le Mans 24. I’m confident that he should be able to handle such an event. On top of the significant acquisitions last year of Mark Webber, Brendon Hartley, and Neel Jani, Mr. Moore will be added to the long list of Red Bull affiliated personnel that Porsche have hired for their LMP1 team.

Are Porsche And Red Bull Working Together?

Without wanting to sound like a conspiracy theorist, I have to wonder if perhaps Porsche and Red Bull are working together on building the LMP1 team. Bare with me on this one, because it’s, perhaps, a stretch, but could Porsche’s LMP1 effort be backed by Red Bull in 2015? I’ve had the impression that Red Bull has been involved in the 919 Hybrid program from the outset, but Porsche wanted the launch year of the program to focus on Porsche rather than Red Bull, so they negotiated a title sponsorship for 2015 with 2014 being a “Porsche Only” development year. With Red Bull money, resources, and talent, they can now attack 2015 at full stride. I guess we’ll find out if I’m right or wrong when we see the official 2015 livery on March 26 in Paul Ricard.