2016 has been an incredible year for Porsche. Sales are up, the model range has had some of its most radical changes since the launch of the Cayenne more than a decade ago, and the World Endurance Championship proved to be full of surprises. These are our top 15 moments for Porsche over the last 12 months: 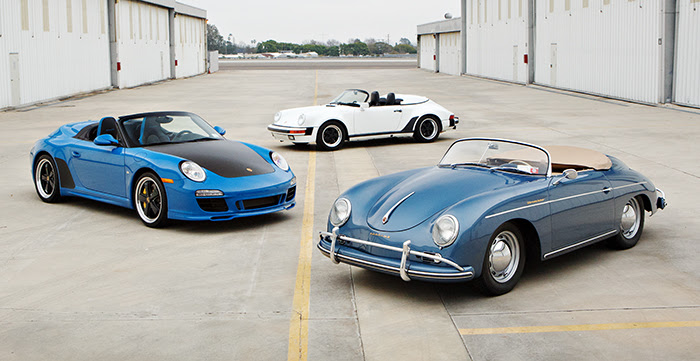 Jerry Seinfeld parted with more Porsches this year than many of us will ever own. The cars he parted with read like a who’s-who of classic Porsches. A 718 RSK, 962c, and a 993 3.8 Cup RSR were just the tip of the iceberg. The sale represented one of the most exciting collections of classic Porsches in many years, and brought a very strong result at auction.

2. Record sales year, from Quarter 1 on

This year started strong for Porsche sales, and the momentum never seemed to relent. Our most recent numbers are for November, when Porsche saw a stunning 23.9% increase in sales over November of last year.

3. 911R wins EVO Performance Car of the Year, and the Cayman GT4 Never Fails to Impress. As Norbert Singer said “everything we do, it is all about Le Mans.” This year Porsche claimed its 18th victory at the 24 Hours of Le Mans. This year had the most intense competition since the introduction of hybrid racecars, and ended with one of the most surprising finishes in Le Mans’ history. Toyota’s surprising mechanical failure at the very end of the race gave Porsche their victory, though Porsche paid tribute to their surprisingly fast competitors with a standing ovation and a video.

5. LEGO and Porsche Take Partnership to Next Level Over the last few years LEGO has been making more and more detailed cars, and this year they took that level of detail to the next level with their Technic line. The big story was the GT3, pictured above, but the partnership has gone further than that. LEGO and Porsche have challenged builders to create their own Porsches, and make their own Porsche inspired films. Builders have re-purposed other LEGO kits to make even more Porsches, and Porsche themselves has used LEGO for promotional materials.

6. Adam Carolla rounds out his Porsche collection with Paul Newman’s 935. 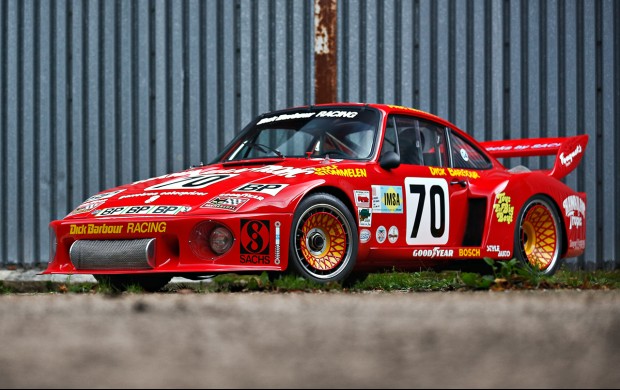 Adam Carolla is not traditionally a Porsche guy. Adam has owned numerous Lamborghinis, but this year his love of all things Paul Newman caused him to enter the Porsche world in a big way. We were excited when Gooding & Co. announced that this car was coming to auction, but seeing it go to an avid racer like Adam was the icing on the cake. Adam has since discussed returning the car to the track on his Podcast, which would be incredibly exciting. Mark Webber has been racing since he was 15 years old. 25 years later Webber is leaving top level motorsports after three wonderful seasons with Porsche. Though the Formula 1 World Championship proved elusive (though the charismatic Australian was always a fan favorite), his seasons with Porsche brought him a WEC title and a 2nd place finish at the 24 Hours of Le Mans. Webber’s career with Porsche will continue, though as a brand ambassador rather than a driver. Porsche’s Le Mans legacy has a very humble start. In 1951 Porsche claimed their first class victory with an aluminum-bodied 356 displacing just 1086cc. Though Jaguar won the 1951 event overall, Porsche’s class victory would prove to be the start of an even longer-lived relationship with the event. 356-icon Rod Emory restored the Le Mans winner after finding it sans-roof living in Southern California.

9. Motorsport Victories and Other Awards.

Porsche opened their second Experience Center in the U.S. this year. The original facility in Atlanta is still in operation, but is now augmented by an even larger facility in Carson, California. A long road course defines the new facility, though it also includes event space, simulators, an off-road loop, a restaurant and is the new home of Porsche Motorsport North America. Take a video tour of the facility if you haven’t yet visited.

Ultra high mileage isn’t just for old Volvos and Mercedes anymore. Though plenty of people daily-drive their Porsches, few if any have accumulated as many miles as Guy Newmark. Guy’s 1963 Porsche 356C crossed the million mile mark this year after three engine rebuilds and 50 years of ownership.

Apart from the Cayenne and Macan, nearly every facet of the Porsche model range was revised, revamped, updated, or replaced this year. The new generation of Panamera debuted in 2016 as a 2017 model, including the exciting E-Hybrid. The Boxster and Cayman gained the 718 designation, lost two cylinders and gained a turbocharger. The 911 range gained turbochargers across the line. It’s been an exciting year for Porsche, and the changes have not just affected the road cars. When Porsche’s latest 911 racecar debuted they called it a clean-sheet design and they meant it. Unlike any 911 before, the new RSR has its engine positioned forward of the rear axle. The traditional 911 shape has been retained, but everything from the aerodynamics to the physics of the layout are a radical departure from its predecessors. The new car has a lot to live up to. With all the hype around the car itself, we were fortunate enough to get some exclusive behind-the-scenes video of how Porsche created some of their marketing videos for the new mid-engined racer.

Apart from the 911R, which was more a love letter to the 911’s past than a look forward, Porsche moved to an all-turbocharged model range. The Boxster and Cayman lost two cylinders, and the whole range gained turbochargers. Thankfully the change appears to be a good one. Motor Trend gave the turbocharged Carrera S very high marks in Best Driver’s Car against considerably more focused machinery, and consensus is that the six cylinder cars have all benefited from the updates. The four cylinder Boxster and Cayman have proved more divisive, with comparisons to Subaru aplenty, but they really give a nod to Porsche’s history with four cylinder boxer engines. The Porsche 924 debuted in 1976, the 928 in 1977, the 944 in 1982, and the 968 in 1991. It’s hard to believe, but the 924 debut is closer to the launch of the 356 than to the present day. These controversial models were meant to be Porsche’s path to the future, but ultimately gave Porsche the means to bring the 911 into the modern era. Porsche’s current front-engined models do not share the rear-mounted transaxle layout. Technologies like Variocam, which debuted on the 968, have lived on. Porsche paid tribute to these cars with an exhibit at the Porsche Museum earlier this year.

Tell us about your year with Porsche!

This has been an exciting year for Porsche, but FLATSIXES.com is not just about the company, we’re about the people who love it as much as we do. Personally, I’ve sold my 356, bought a 944S, and started writing for this wonderful website. This year I’ve been able to quite my day job and spend my days writing about cars for enthusiasts, thanks in no small part to FLATSIXES.com

Thank you to our readers and sponsors for your continued support, and share your best 2016 Porsche memories in the comments!