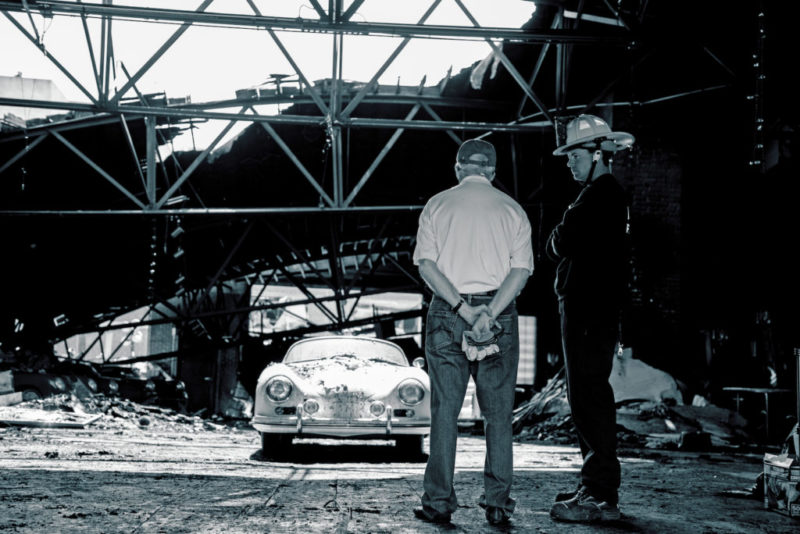 Following the tragic explosion at the building next door to the warehouse where much of the Ingram collection was housed in downtown Durham, NC, the community rushed into action. The locals in the area, from first responders to neighbors and friends, put in time and effort to ensure everything got back to normal as quickly as possible. No loss could ever be as great as the two who died in the explosion, and it is nice to hear Mr. Ingram acknowledge that fact. His collection of cars, while important to the Porsche community, will never be more valuable than the lives cut short.

This statement from Mr. Ingram includes the first major update we have heard since the morning of the explosion. There were some cars lost, as suspected, and others still were intact enough to be worthy of restoration. Incredibly, one of the cars, an Abarth GTL, will be returned to Pebble Beach for the Concours d'Elegance later this month. To pull a car out of the rubble of a fallen building and get it correct enough for Concours in just a few short months is nothing short of improbable.

So here it is, Mr. Ingram's statement on the current state of the collection. And you can read more from Cameron Ingram's perspective on the Road Scholars blog.

"Some of the cars are fine, some will pass into the next life, and others will be restored."