The following press release from Porsche couldn’t have come at a more opportune time. With yesterday’s post on an electric Cayman from Porsche tuner Ruf and tomorrow’s post about a Porsche that runs on air, better fuel economy and more power fits right in to this weeks theme of alternatively powered Porsches. While you’re on the site, don’t forget to answer our poll on which Porsche was the most famous of all.

Stuttgart. Dr. Ing. h.c. F. Porsche AG, Stuttgart, is presenting the new models in the 911 range to the public for the first time at the Paris Motor Show. Further important debuts are the new Boxster S Porsche Design Edition 2, the Cayman S Sport, and the Cayenne S Transsyberia.

Following the fastest generation change in the history of Porsche, all ten models in the 911 series – ranging from the Carrera Coupé all the way to the Targa 4S – are making their appearance together in Paris from 4 – 19 October, all in new design and with new technology. Introducing the latest generation of the 911, Porsche offers a truly unique series of sports cars setting the standard the world over also through their power units featuring DFI Direct Fuel Injection across the entire range. Indeed, the newly developed engines once again raise the already excellent performance and efficiency of Porsche’s classic flat-six technology to a significantly higher standard than ever before. And thanks to progressive emission management and engine technology the new power units fulfill even the strictest emission standards – EU5 in the European markets and LEV II in the USA. 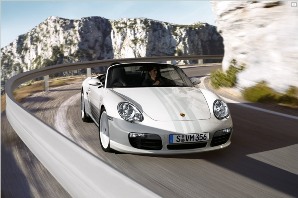 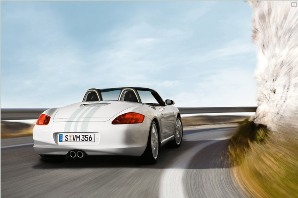 Two other new models also to be admired in Paris for the first time round off Porsche’s range of mid-engined sports cars at the top end: Offering maximum output of 303 bhp (223 kW) from 3.4 litres, the Boxster S Porsche Design Edition 2 and the Cayman S Sport deliver eight horsepower more than the respective S-models. Both of these very special new models come with a wide range of exclusive features highlighted by the striking design of the car. Limited to a production run of just 500 units, the Boxster S Porsche Design Edition 2 comes all in white. 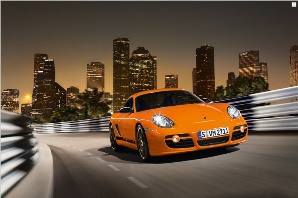 The Cayman S Sport, a truly unique Sports Coupé limited to just 700 units in production, is more colorful and even more sporting and dynamic to behold. In this case the customer has the choice of no less than six special non-metallic colors, among them the spectacular colors green and orange featured on the latest 911 GT3 RS. Over and above the 303-bhp six-cylinder boxer engine, particularly Porsche Active Suspension Management (PASM) featured as standard and lowering the entire body of the car by ten millimeters or almost 0.4 inches, as well as five-millimetre spacer rings behind the 19-inch-SportDesign, wheels ensure truly impressive driving dynamics.

All the DNA of rally racing: the Cayenne S Transsyberia The Cayenne S Transsyberia likewise making its first appearance in Paris also bears reference to Porsche’s outstanding success in motorsport. Like the robust Cayenne rally models entered in the Transsyberia Rally from Moscow to the Mongolian capital of Ulan Bator, the road-going version is also based on the Cayenne S with its 4.8-litre V8 naturally-aspirated power unit featuring Porsche’s fuel-efficient Direct Fuel Injection. The engine beneath the lid is however the even more dynamic power plant carried over from the Cayenne GTS, developing maximum output of 405 bhp (298 kW) at 6500 rpm and peak torque of 500 Newton-metres (Nm) (369 lb-ft) at 3500 revs.