Before Andreas Preuninger was onboard for his first big project, there was the 996.1 GT3. This first attempt at a hot, water-cooled 911 was criticized some for brakes not quite up to the task of hard lapping, but having a few rough edges added to its raw charm. This first attempt at a hot 911 with a water-cooled engine wasn’t quite perfect, but what it lacked in refinement it made up for with unabashedly direct character.

Built upon the C4 chassis for its stiffer bulkhead, then further sharpened with brass bushings in the suspension for better “elasto-kinematics,” the 996.1 GT3 brought a level of immediacy to the 996 series that some felt was sorely lacking. That came through in the delicate steering, a near excess of steering information, and a chassis that felt more like a 993 in terms of liveliness.

That engaging steering and suspension were complemented by a dry-sumped Mezger motor which, aside from the performance improvement, made GT3 ownership even more enjoyable for two reasons. For one, it allowed for slick tires. It also solved the IMS problems which plagued the M96-powered cars.

However, the first road-going version of the motor which powered the 911 GT1 left some wanting a little more. The advertised 360 horsepower never quite felt adequate; rumor has it that number was quite generous. Quite unusual for Porsche, but the 996.1 GT3 did compensate for a slightly lackluster powerplant—if you can ever call a Mezger that—with a curb weight just under 3,000 pounds.

Well, what the more demanding Porschephiles could do is send their 996 GT3 to Manthey Racing for a much-needed bump in power. This example benefits from Manthey’s intake and exhaust, as installed by JZM Porsche. The result is 400 horsepower at the flywheel and a powerband which begins at four and makes its peak horsepower somewhere around the seven-mark. 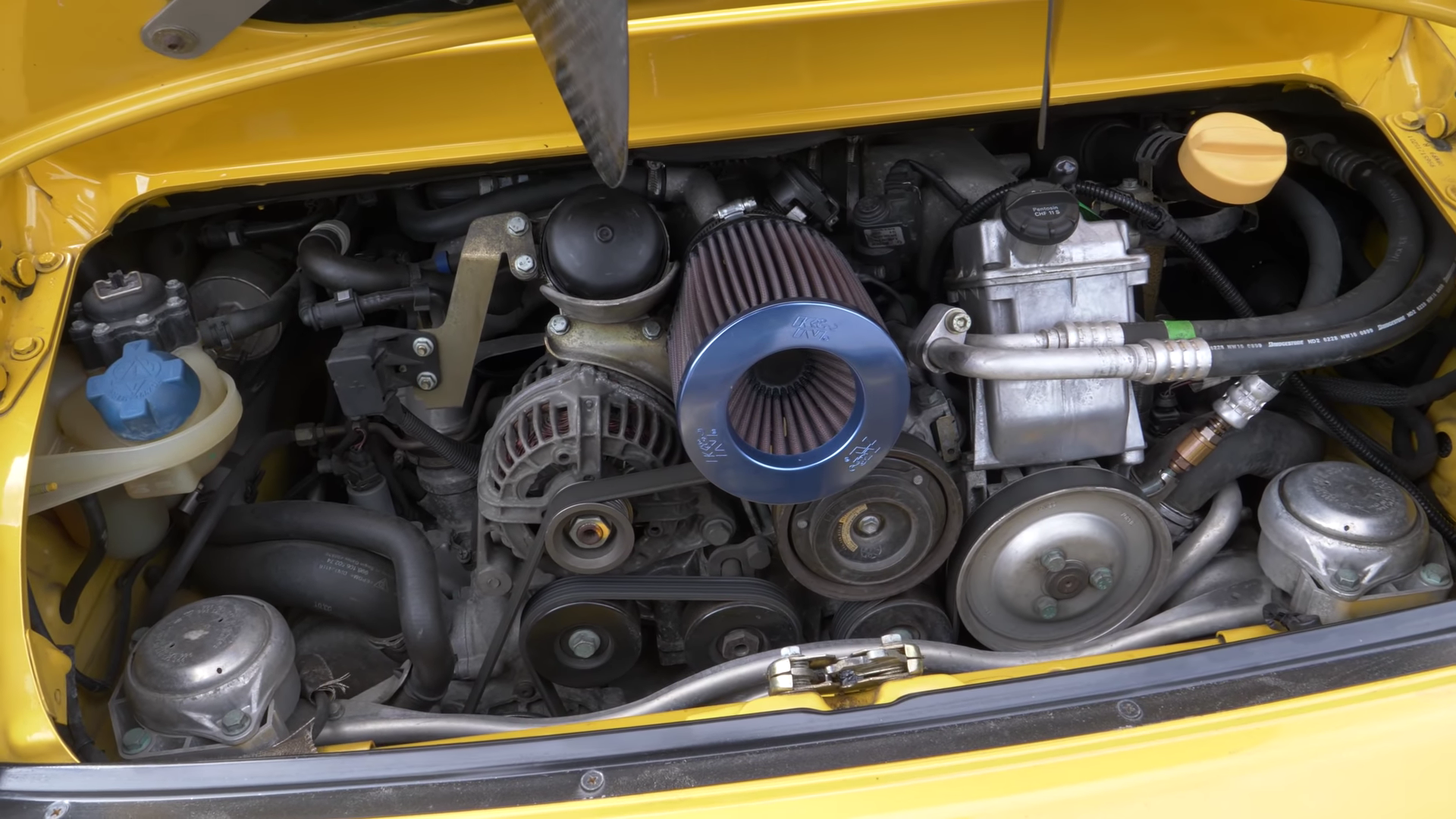 this rev-happy 3.6 goads a drivers into pushing the GT3 harder as it rewards most generously when the engine’s high in its rev range.

Perhaps the 996 GT3 has been given a bad rap over the years; overshadowed by the beautiful 997 and the hyper-capable 991, but this mildly modified example proves that the first generation got some things right. Simplicity, a smaller frame, and a very light body amount to an analog, visceral experience that few things nowadays simply cannot replicate.